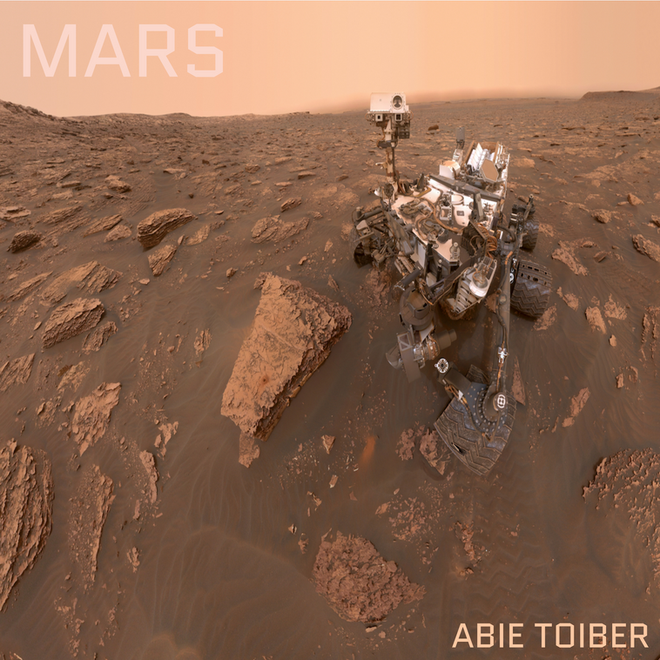 Abie Toiber just dropped a classic rock masterpiece and love letter to some of the greats with a spaced out atmosphere, and catchy melodic hook that pulls you in the the vibe of the whole thing within seconds flat.

"Mars" involves some gorgeous textures  and layered guitars, synths, and licks that all come together to create something that's got that genuine 70's rock aesthetic.

This single was deepening and packed with killer changes and a slight edginess that peeks through almost all the time.

There is no star of the show on this song. Every element has its shine from vocals, to bendy guitar leads, to ambient and trippy synth pads that fill the air around you.

The song is massive and has a full soundscape that takes you fro quite the musical journey.

Toiber certainly didn't hold back in terms of experimentation and that just adds to the classic rock feel production wise especially.

"Mars" is a track that becomes quickly infectious and makes you want to hear more of the artist's catalog straight away.

It's definitely great to hear music arranged and recorded with so little boundaries and with such passionate influences all over it.

The song not only works, but serves as a wonderfully colorful and slightly alternative single to bring the artist to light.

One thing is for sure, Abie Toiber has a serious love for his craft. There is tons of heart throughout this entire track and it bleeds through onto everything.

It's a song that breathes and sways and beckons artists like Bowie to hop on stage and sing along.

It's been a long time since we've heard anything like that and it's likely going to be a while before it happens again.

Releasing music on SPotify since 2007, Abie Toiber has a great library for you to cruise through and soak in and everything has a little something new to bring to the table which is also refreshing.

Start off with "Mars" and go back from there. You'll find plenty to add to your playlists to say the least.