An Interview With Blackout Orchestra 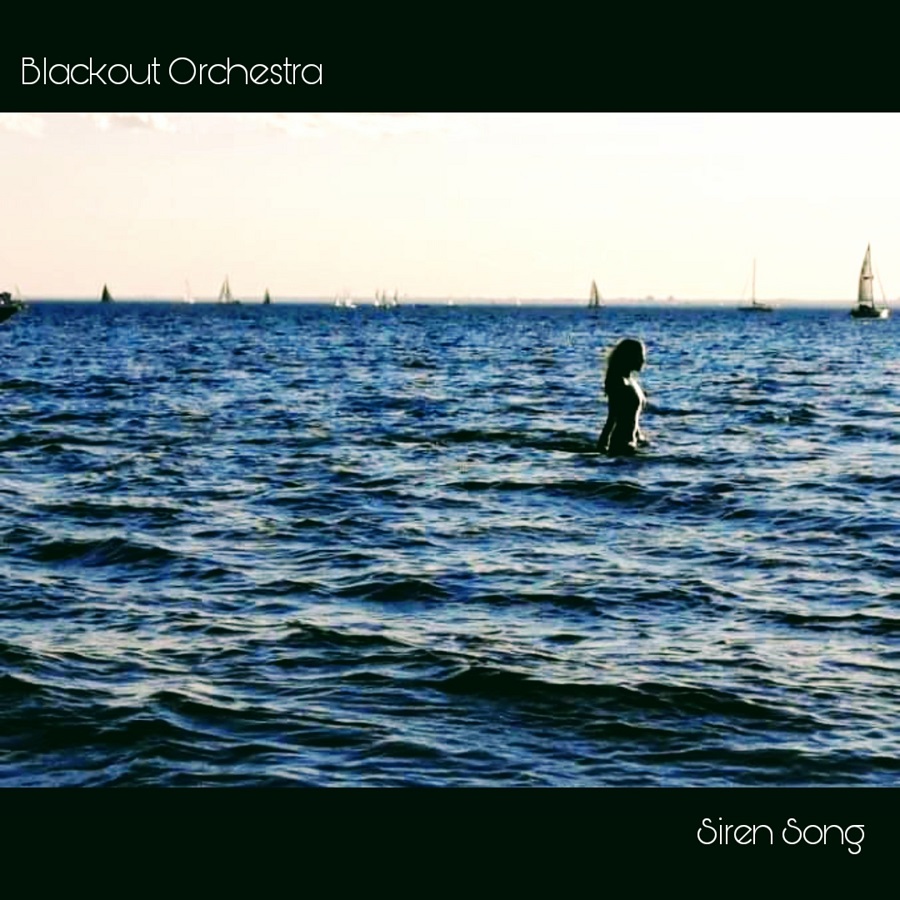 Blackout Orchestra is dropping a brand new single dubbed "Siren Song" and it's a beautifully cinematic and enticing indie-pop song driven by piano and guitar.

The song swells musically as synth pads come in and wash you away into the songs ether.

There is something that calls out to the classic 80's alt-pop kid inside you as the track plays on and builds into strings and emotions explode.

It's a powerful and moving pop song that feels anthemic to say the least.

"Siren Song" will make you think. Almost like an auto scroll through the memories in your head, it brings up things you maybe haven't felt in a while.

There is no doubt you can hear how much heart went into this song and how important it is to those who wrote it. This is part of why it's so impactful when you first hear it.

The best part is, "Siren Song" is just a part of an upcoming album release from Blackout Orchestra and we can tell you, there is a lot to soak in.

You can watch the music video for the song below as well, which is just as colorful as the saong itself.

So, with such a wonderful single, we wanted to sit down with the band to talk about where this came from.

TSWS: Okay let's start things off with "Siren Song". This track has such a powerful pop style to it. It really comes through pretty epic! Where did this song come from?
BEN: It was written really fast - I was fooling around with my keyboard and a drum loop, and each little element I added I immediately thought of something else to layer in. Even lyrically, I was sitting and trying to watch a movie and I had to keep pausing because the next line would pop into my head - I wasn't trying to write, i was just trying to relax!
TSWS: The video came out really nicely as well. Were you happy with how it turned out?
BEN: Absolutely. We were shooting these little vignettes and I was thinking "Good luck making this look remotely interesting, Shawn (Hook-Carleton, director)". We didn't know what he was seeing. I've worked with Shawn many times before so I should have been prepared for his attention to detail - I hadn't realized he was making something that matched up perfectly with the album art and the whole vibe.
MORGAN: He's got a great ear for music, and a natural eye for perfect shots. It was a little bit chilly (as you can probably tell from my massive jacket) and Ben was SUCH a champion! Such stage presence!
TSWS: This is a single that will also be a part of the full album right?
BEN: Yep - it's the first song on the record. It seemed like a good introduction since it was a little rock, a little folk, a little symphonic, but pretty dour lyrically. I love happy sounding songs with sad bastard lyrics - it's always a nice juxtaposition.MORGAN: Yes! If you enjoy Siren Song, you'll love what's to come!
TSWS: When will that album release and what can we expect before then?
BEN: The album ("I Will Want You When We Are Ghosts") comes out March 5th. Between now and then we're going to put out a second song and video - I have this super weird concept that I hope comes out interestingly. We still need to shoot it though, and given the pandemic, that's probably going to involve freezing our butts off for hours in the snow. Looking forward to the video, not so much the shoot.
TSWS: So how did this all start for you guys?
MORGAN: Ben is the mastermind here. He realized that he could use this time (during the pandemic) to start writing new music, and used what he had in front of him! A Casio, a few instruments, and his phone, and me! I'm glad he invited me along for the ride! You should see his set up now, it's impressive.
BEN: Lots of fancy microphones to record to BlackBerry phone. There's a metaphor in there somewhere.
TSWS: Did you used to perform live at all? Will you be focusing on that again when the time comes?
MORGAN: We both have, yes! We formed Blackout Orchestra During COVID, so we haven't been able to perform live yet. When all this is over, we can promise that you'll see us on stage as often as possible.
BEN: Just by nature of how it started, the only "live" show we've been able to play as Blackout Orchestra has been livestreams - but I'm itching to get back on a stage. I have a lot of ideas for our live show that will either be fantastic or crash and burn horribly - but either way it'll be interesting to watch.
TSWS: What do you both do when you're NOT working on music?
MORGAN: Recently? I've really been digging walking around, ha. I don't think I fully appreciated the outdoors until the pandemic struck. I normally enjoy going to folk festivals and enjoying other people's company during the Summer months. And Winter? I hibernate.
BEN: This may sound pretty tunel-visioned, but i eat sleep and breathe music. So if we're not making it, I'm watching a documentary, or reading a biography, or going on the hunt for new music I haven't heard... also, petting my cat. Actually, that's probably the number one thing.
TSWS: What sort of non-musical things inspire you to write?
BEN: This record was really trying to take a snapshot of a certain time in my life. I felt the need to capture it for posterity, just for my own need to get it out of me. One of the silver linings of dealing with anxiety is you tend to get really introspective and examine situations you've been in over and over - so there's always another uncomfortable memory to exorcise in there somewhere.
TSWS: What sort of advice would you have for other up and coming artists trying to get heard?
BEN: Make friends with other artists. You can't fake it, 'cause it's really obvious when you do. But if you go and see, or message, other artists in your scene or online you start to build a really supportive community.
MORGAN: Try not to get discouraged. Write that you love. And try not to think too hard while writing lyrics, because the silliest lines/stanzas could turn into your best work.
TSWS: Before we go, what would you like to say to fans?
MORGAN: You've got fine taste! Thank you for supporting us

BEN: I hope we've brought you some joy or some comfort during the extremely weird last few months. Also, hi mom!