Dylan Gilbert Releases An Opus Of A Visual Album 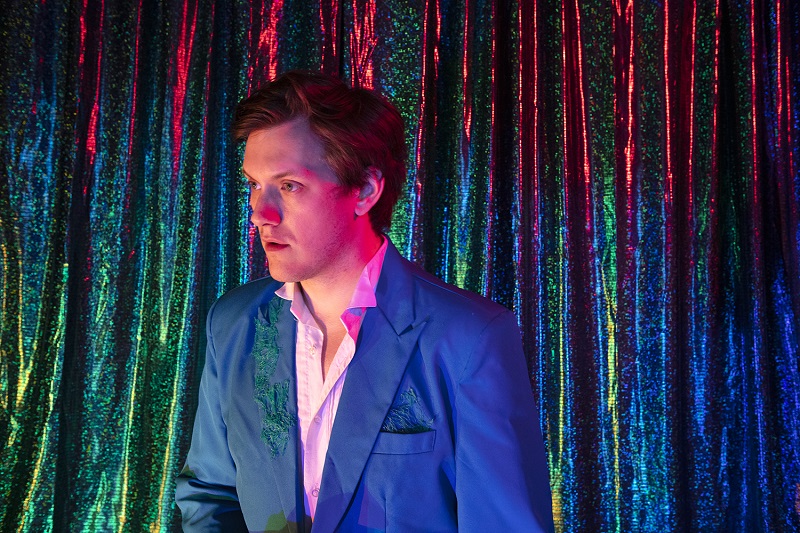 Dylan Gilbert just released a visual album that peels back all sorts of alternative pop, rock, and even hip hop elements as the record and visuals take on a David Chronenberg style atmosphere.

The I'll Be the Lakebed album is a colorful and outlandish combination of natural and digital instrumentation, transformed vocals, droning ambience, swelling synth pads, and off the wall emotional explosions.

The record is an invasively cinematic and slightly haunting one and to get the full effect, the video for the album needs to be watched along with it.

Piano subtly fills the ether and Gilbert bursts out in honest rages and rants along with sorrowful reminiscing as he asks for forgiveness for a past life.

Songs become a float and swim into singer-songwriter styles and the album is like reading a diary of Gilbert's deepest moments.

The video displays a flurry of colors and flashes of visuals that go along with the records bleeding passion.

The color schemes are adopted by each song as blues and purple coated scenes connect with certain emotion and reds and pinks align with the more pop tracks.

The songs flow into each other and it's a full concept album that feels something like a waking dream you want to escape from at times, and want to hold onto other times.

This is a massive opus of a record and the inspiration comes from all kinds of art. Films, photography, music, and more.

In one song Gibert asks "how many times will I watch Twin Peaks to feel complete". So given how David Lynch the video can get, he must have been quite happy with the outcome.

The record is a collaborative work with artists throughout Charlotte, NC he recruited to be a part of the final product.

An assortment of beats and fleshy sounds scattered throughout the albums course give it a life, a story, and a pulse.

This album is a living breathing thing and it is something of a spiritual journey that's incredibly worth taking.

When it's over, you feel like you've finished an acid trip through someone else's mind. It's awesome.

A unique and awe inspiring idea that really plays out the way it should, delve into this album below.