An Interview With In Waiting 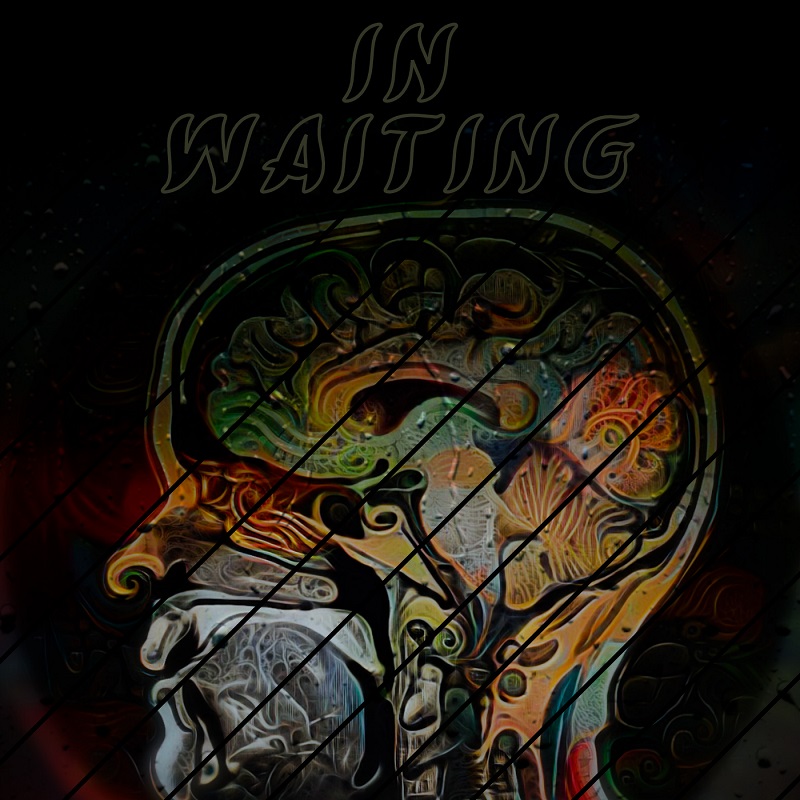 The "Destroyer of Worlds" single gives off a likeness to bands like Mr. Bungle with trudging guitars that open up into wild and sonically alluring alternative rock.

Along with the song is the accompanying video which further clarifies the song's message.

Clips of war, explosions, and mass destruction that only one thing can do. Us. People are the "Destroyer of Worlds". At  least that's what I got from the hard hitting, fear driving video.

It was certainly hard to look away from and went almost perfectly with the music.

The song is part of a few singles released from In Waiting recently that really show the band to be quite seasoned and clearly make visible the love these guys have for their craft.

Another single dubbed "Mad" is a bit heavier and thrashier but holds true to the staplefeels of the band.

Like the song, the video for "Mad" has a bit more energy and shows skateboarders doing all kinds of awesome stuff while the band cranks out a face melting banger of a track.

These songs have everything you really want from a great metal song and with the releases of them we wanted to have a chat with In Waiting to talk shop. Here's What happened.

TSWS: Okay let's start with "Destroyer Of Worlds".  This track gets  pretty heavy in a classic metal style and goes through a series of melodic and haunting vocal sections. Where did this song come from?In Waiting: This song was one of the first songs that we worked on together. The foundation of this song started with Jeff (guitar) and Rick (drums). They had been jamming on it since before Joe (bass) and I (Mike - guitar, samples) came into the picture. Once we started playing to a click, I started throwing samples in. (Because looking for a singer with no ego is like looking for a unicorn). I asked the guys for some clips and Jeff sent me the clip of Dr. Oppenheimer reciting the Hindu text. That set my mindset to how shitty humans are to each other and towards the planet, but at the end, we are nothing. Just little specks on a tiny rock in the middle of emptiness.  Yay!! Fun stuff!

TSWS: The video was something you really just can't look away from. In true old school format and proving true to  the heart of the song, the visuals push the envelope even farther. Was this the video idea from the start?

In Waiting: Pretty much. Once the samples were done and the song had it's subject matter, the concept of using old nuclear test footage popped in my head almost immediately. Then it's just about finding the right footage to fill in the puzzle. Its sadly not hard to find footage of humans being destructive. I created the video using Imovie on an old iPhone 6 I had laying around. That app is marvelous!


TSWS: Your other single "Mad" was more of a thrasher  and the video featured a lot of skateboarding cuts. Also a killer tune! Was the plan to release singles or is there an album in the works?

In Waiting: Thanks! I absolutely love playing that song! It's an energizing tune. There's actually 5 total songs that we recorded with Davey Warsop at Strong Studios in Long Beach California. We were going to wait until all of them were finished and release the 5 song EP then. But we got impatient and decided to release a couple singles. With this whole lock down thing going on, we might as well start putting our music into people's ears and try to be as productive as possible. The 5 song EP will be coming out in late February or early March.


TSWS: How did all of this start for you guys?

In Waiting: It actually all started way back in like 2002ish. It's kinda fuzzy on the exact date because we aren't exactly spring chickens and the struggle is real with being senile. Lol. Joe, Rick, myself, Butch (God bless his soul) and another guitar player were in a band called Habit. We played alot of shows in Orange County, Los Angeles, the Inland empire, and the low desert. It's was a blast! However the singer went back home to Alabama and the band kinda fell apart from there. We all went our separate ways. Until the middle of 2018. I moved back home from Florida and literally a couple weeks after the plane landed Rick started blowing up my phone. I didn't return the call right away because life was so hectic from trying to get reestablished in Southern California. He was relentless though, ball buster! I finally returned the call and sure enough he wanted to jam. He had already been jamming with Jeff and a little bit with Joe. I'm super happy that he was so relentless though. This band is a huge source of happiness for all of us.

In Waiting: This is a tough question because each one of us has different influences as individuals. But When everyone gets in the same room, the product definitely has old school hard rock and metal going on. The most common references I've personally heard are Tool, Metallica, Ministry, White Zombie, and Helmet to name a few. However we listen to all kinds of genre's and have open minds when bringing new musical ideas to the table. So the future looks fun.

In Waiting: Right now we are concentrating on finishing the EP and getting our chops up for playing shows, whenever that is. Since we don't have a vocalist, we are going to ramp up the visuals to keep people engaged. That requires more equipment, things like a projector, lights, etc. We also need to iron out ways to control all of this on our own. We're also writing new songs as well. We'll see what's next after things open up. It's hard to plan when you don't have a clue on what things are going to look like regarding live shows...


TSWS: What are you guys doing when you're NOT working on music?

In Waiting: We are all labeled under the dadcore genre. Lol. So we all work our jobs or businesses and spend time with our families. Thats it! Super boring answer for the readers. Lol


TSWS: Is there a video coming for your third single "Shut Your Mouth"?

In Waiting: There is. In fact I'm going to film the footage during these next couple of weeks. There will be more focus on us rocking out on this one. So I guess we are going to have to clean of the lock down grunge and maybe take a bath. Hahaha! I'm trying to have it ready for when we release the EP at the end of the month.


TSWS: Did you guys play shows often before? Will you be focusing on performing live again when the time comes?

In Waiting: We played many show when we were called "Habit" back in the day. As we are now, we haven't played at all. By the time we had our stuff together to be able to play in front of people, covid happened. So there's that. However it was a blessing in disguise. This time has allowed us to really focus on who we want to be as a band. It also gave us time to write more. We will definitely be focusing on performing when the world opens up again. We can't wait! But I'm sure every musician is saying that now.


TSWS: Everyone name your favorite cartoon growing up.(we love to throw in a random)


TSWS: Is there any advice you'd give other up and coming bands trying to get heard?

In Waiting: I mean, we are still trying to figure it out. Lol. But I can say this, you will never go wrong if you create music just because you love it. You can't lose.


TSWS: Before we go, what would you like to say to fans of the music?

In Waiting: I would like to say thank you! We value every single person who takes a liking to our art. There are sooo many musical artists out there to choose from, so when someone who you don't even know follows you, it means alot because they hear you and they get it. Can't wait to return the favor by making you deaf....not on purpose though.