An Interview With JOVANNA 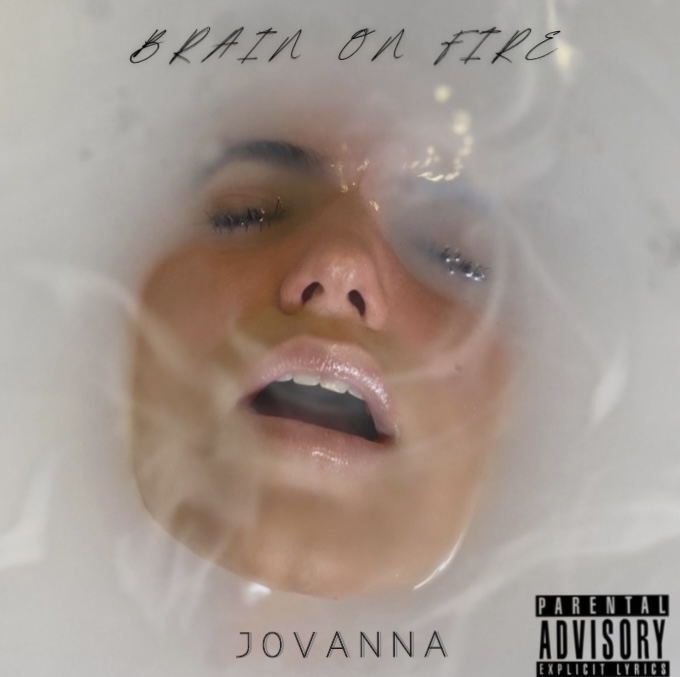 We were lucky enough to get a glimpse of the new single release coming from JOVANNA and it's an incredibly powerful and cinematic toned pop ballad that crosses dream-pop with R&B to create a whole other world to step into.

"Brain On Fire" has a massive chorus drenched in ambience and moving piano progressions that all back passionate vocals and a deepening feeling.

Beautiful harmonies and building arrangement will engulf you and wash over you like water as the emotionally driven single grows in intensity the longer it goes.

One thing is for sure. By the end not only will you have to shake it off, but you will also find yourself singing it's hook hours, or even days later.

JOVANNA hits hard and lands a track that's up to par with titans like Alicia Keys.

You can clearly hear the heart that was put into the creation of this song and how it came from someplace real within her. That feeling comes through brightly in the music and performance.

"Brain On Fire" is just the beginning as JOVANNA plans on releasing an EP in the fall of 2021 and we hope it's more of what we heard on this single.

JOVANNA's vibrant character shines with "Brain On Fire" and we need more like this in pop music today.

THe single is set to release on February 7th and since we had some time, we wanted to have a chat with her about everything.

TSWS: Okay so let's start with "Brain On Fire". This track was a gorgeous blend of R&amp;B and

pop with some intense percussion and an explosive chorus. Where did this song come

JOVANNA: It came from a very dark place in my life. I wrote the song in my bedroom during a time

that I struggled with severe obsessive compulsive disorder (OCD) and anxiety disorder.

At that time, I really didn’t know what was going on with me. I had these repetitive and

irrational thoughts that wouldn’t go away. I just couldn’t think straight. Eventually, I got

help, but it was very difficult for me. I was worried about the stigma. You know what

would people think of me. But I realize now that talking about it has been part of my

TSWS: This song has some great styles involved. What artists really influenced you?

JOVANNA: My biggest influences are Demi Lovato (I am a huge Lovatic), Janis Joplin, Etta James,

James Arthur, and Prince. I absolutely love their music and their artistry has molded me

into the singer I am today.

JOVANNA: It started at a very young age. I think I first picked up a mic at the age of two. My parents

say that I sang before I really learned how to talk. The first time I got onto a stage to sing

was around the age of 10. My best friend at the time signed me up to sing “Party in the

USA” by Miley Cyrus at a Barnes and Noble event. It came to me as such a surprise

because I didn’t know she was going to do that! From then on, I was very fortunate to be

given the opportunity to sing at local events. I later joined a kids rock band for which I

sang and also played the guitar and bass. At 16, I sang the national anthem for the

Miami Heat at a packed American Airlines arena. It was such a rush! It was then that I

realized that I wanted to perform for large audiences. Here I am now releasing my first

single and working on other songs.

JOVANNA: I have been writing other songs for an unnamed EP, which I hope to release by early fall.

talk about things that others can relate to. If I can help them in the process, that is

JOVANNA: When I’m not working on music, I’m probably in my car driving to Starbucks to get my

such as “Crime Junkie” or “Killer Instinct”. I am addicted to both! I also watch Dr. Phil!

Haha! I love him!

TSWS: How do you write your songs? Is it lyrics first or melodies? How does it all work for you?

JOVANNA: It’s usually lyrics first, although sometimes when I do think of a melody. I’ll quickly record

it as a voice memo on my phone and then I’ll write over that.

TSWS: Your instagram is very inspirational. What advice would you have for other up and

coming artists trying to get heard?

JOVANNA: Find who you are as an artist and stay true to that. Let your audience see the authentic

you. I try to live by this motto. I want people to know me as a person and not just an

TSWS: What would be your spirit animal?

JOVANNA: My spirit animal is a cat. They are intuitive and spiritual animals with the ability to sense

people’s energies. They are also independent and free-spirited. I see a lot of these

qualities in me. Some people say that I have the mane of a lion, except that it is coppery

JOVANNA: This is a difficult one for me because I love eating any snacks at midnight! I would say

Reese's Peanut Butter Cups. I keep bags of them in my freezer. Yes, I like my Reese’s

frozen! They taste so much better! I am also known to run to McDonalds late at night for

JOVANNA: I am really thankful for my fans. They’re awesome and supportive. I hope they continue

to follow me on this journey, which is just beginning.