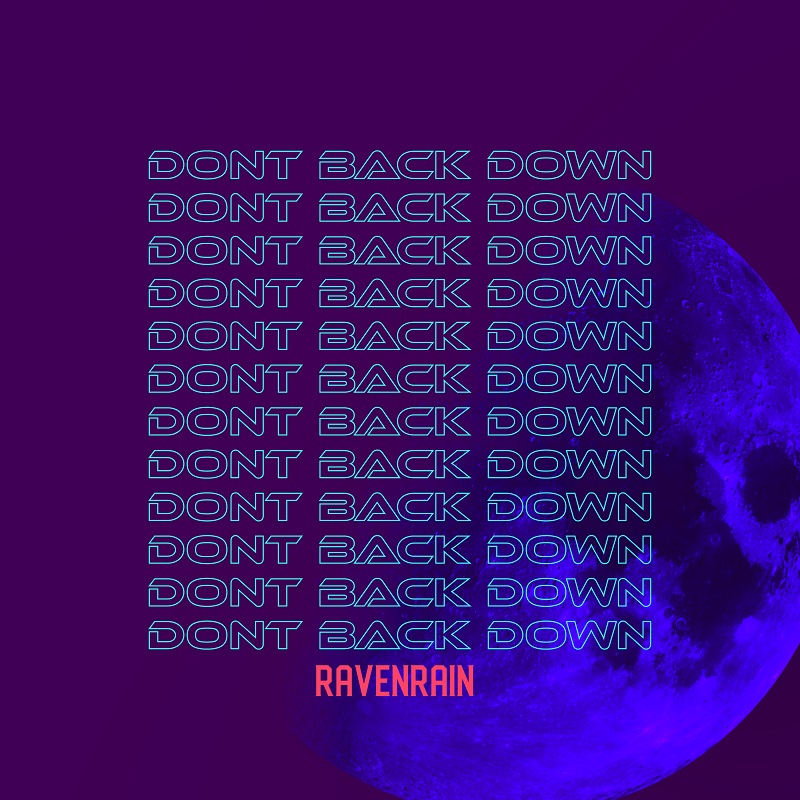 A brand new single from RavenRain just released and it's an edgy pop song with alternative undertones and a damn colorful vibe that combines danceable grooves and a future pop sound.

"Don't Back Down" is an inspirational song that's meant to be pumped loud and is focused on fighting through dark times and rising up through it all.

The track has a great ambient feel to it at times and really utilizes some powerful vocals and slightly retro synth sounds.

The song grows and musical swells come in with massive pads and an array of vibrant sounds that complete the song's atmosphere.

This is a powerhouse of a track that really touches on that vintage feel while keeping things very current at the same time.

There is a killer energy and the vocal sections are brilliantly used as instruments to add more to the songs already thick ether.

The single boasts a ton of heart and you can hear the love RavenRain has for what she does best as the song literally never loes its natural drive.

The artist's singing voice is gorgeous and it's excellent to hear a voice used in such a neon lit vaporwave pop setting like this.

"Don't Back Down" is quite addictive and serves as a nearly perfect follow up to her previous release dubbed "Hiding In The Dark" which also keeps to her staple future pop sound and ability to produce incredibly catchy choruses and hooks non-stop.

WIth such an awesome single dropped, we wanted to have a sit down with RavenRain to talk about where this all comes from.

TSWS: "Don't Back Down". This track has a very cool almost future pop sound and feels pretty personal actually. Where did this track come from?

RavenRain: Don't Back Down kind of wrote itself on a late night in December, while I found myself thinking about 2020, how it affected my life and the lives of many people and how Voldermort (aka Coronavirus) has changed our lives forever. Many major and small artists released songs about the pandemic so I wanted to give it a go as well, even if I released it a bit later. I wanted to address the dark aspect of the past year (verses), as well as to give an uplifting feeling to the listeners (chorus). As you mentioned it has a personal aspect to it. I was diagnosed with an autoimmune disease at the age of 2, which took me extremely closed to death twice and I was also in a coma for a short time. Because of that, I was kind of more mature than children of my age and I was also extremely shy and anxious, I didn't have many friends growing up, because I didn't really know how to interact with them and I also had different interests, so I've never fit into the box, I've always been an outsider. I also began suffering from depression when I turned 14. However, the theme of mental health is addressed more in HIding in the Dark. So, as you can tell I have some experience in down moments, so while writing Don't back down I knew I wanted to write a song to help those who have similar experiences to mine. We all experience some challenges in our lives so Don't back down is kind of a hymn for those who are facing or have recently faced a challenge, to keep going and don't let 'it' push you down.

TSWS: I loved "Hiding In The Dark". and was getting a different vibe at times with this track. Who are some of your biggest musical influences?

RavenRain: Ohh it's a long story but I'm gonna try to be as quick as possible. Well, first the love for music and singing runs in my family. I am very lucky; I grew up with my grandparents living next to me. My grandma loves to sing while she's doing chores or immediately after she wakes up...so let's just say that I didn't need an alarm when I was going to school because she was singing 'O sole mio' at the top of her lungs, in pure opera style every morning ahah. My great uncle used to be a co-songwriter for a popular Italian band in the 60s. I always loved Disney so I used to sing Disney songs since I was a toddler basically and because I spent most of my time with my grandma and one of my aunt, we basically used to have our own Disney concerts, with proper dances and outfits every once in a while. It is also thanks to my family that I have such an eclectic music taste. My parents love music too, but not the same genre my dad likes more rock and pop-rock vibes, so classic like AC/DC and Queen; my mum used to be a 'professional' ballroom dancer when she was a kid, she loves Latin music so Ricky Martin was a must in our house. I became more interested in singing 'properly', so taking actual lessons, when I was in middle school after one of my friends noticed my voice during Sunday mass. I took singing lessons from then until 5 years ago, I also learnt basic piano and guitar and I hope to be able to get back into those soon. I auditioned for X-factor in 2014, but I didn't pass and because I was dealing with severe mental health issues at the time, that kind of pushed me away from music for a while. While I was a teenager I got really really interested in Asian culture, hence my love for kpop, even if I have to admit I joined the kpop world only recently. In 2015 I moved to London and went to uni to study media as I felt like I wasn't talented enough to pursue a career in music, especially after getting not very good feedback from friends and former singing teachers. Once I graduated I felt like something was missing in my life and a couple of years ago I started taking singing lessons with a vocal coach here in London. Thanks to her, I found what I like to call my true voice, and I realised that most of the training I received in the past wasn't the right one for me. She also pushed me towards songwriting, since I've always loved to write. In 2019 then I began my journey as a songwriter, I wrote and recorded my first single Hiding in the Dark which was released in the summer of 2020.

RavenRain: For now, I would say personal experiences. I find it quite challenging to write about things that I haven't experienced as I don't know what kind of emotions or feelings to put into the song, but it's definitely something that I will challenge myself with in the future

RavenRain: As a big kpop fan, kpop of course(not a specific group or singer if I have to be honest as I want to expand my horizons) but BTS, MAMAMOO, Blackpink, Twice and Exo are always on my playlist. Also, some rock, because sometimes I need a bit more of a kick in the morning so ACDC and Queen.

RavenRain:  Like any other musician at the beginning of their career, I'm working, I have a regular 9-5 job ( I know sounds really depressing and boring)  but we all need to pay the bills ahah. Or you can find me watching K-dramas or learning Korean and Japanese (I know RIP to my brain)

RavenRain: Definitely, releasing more music, and as a spoiler just for you, my next release is scheduled for the 2nd of April, so I hope you look forward to it.  I hope to be able to perform live and perhaps start touring around the UK next year. I also hope to collab with other independent artists, so if anyone is looking for a collab hit me up. I have the feeling this is just the beginning of an amazing journey and I cannot wait to see what the future is gonna bring.

TSWS: Do you think you might be focusing on any live performances when the time comes?

RavenRain: Yes, absolutely. I miss performing on stage, be on stage makes me feel like I'm alive again, it gives me such a fulfilling feeling. I'm also planning to have Instagram live sessions to connect with my followers and fan, still working on it but I will update you soon.

TSWS: What sort of advice would you have for other up and coming artists trying to get heard?

RavenRain: Just keep going and push forward. The music industry is one of the toughest ones, and overnight fame rarely happens it's a lot ( and when I say a lot I mean a looot) of hard work, either on social media strategy, promotion or practice. You must have tough skin, always hoping for the best but expecting the worst.

TSWS: Give us your favourite midnight snack! (it's a question of character)

Definitely Nutella waffle...omg I could have one right now, delicious.

I just want to say that I'm extremely grateful for all the support I've been receiving so far. I hope we will stay together on this wonderful journey I have more stuff coming out this year so I hope you are all looking forward to it. Let me know with comments, dm or in any other way what do you think about my music and what are your favourite lines. Also, don't forget to follow me on Spotify and all my social media so you won't miss any contents. This is just the beginning so stay tuned! 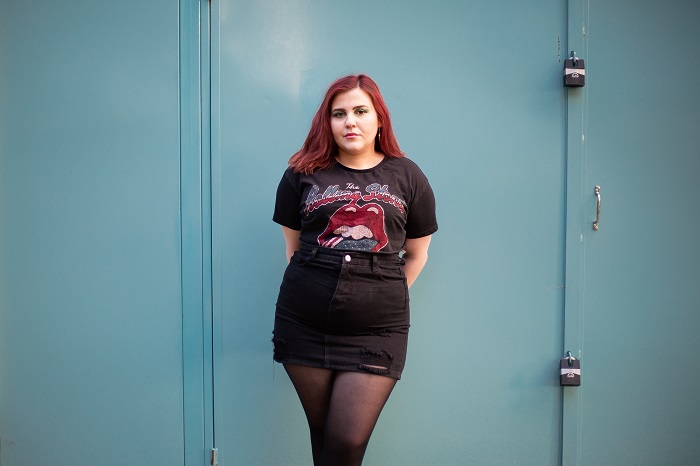