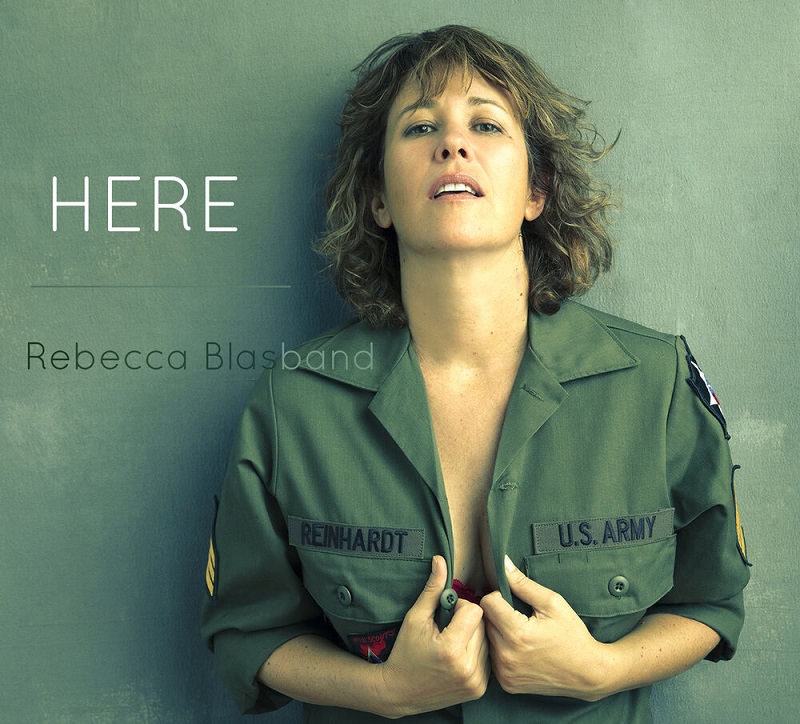 Rebecca Blasband has released a new single that feels warming with a real classic rock undertone and Americana shining through as the song's vibe comes through with touches of psychedelia and ambient backgrounds.

"Here" is a lush and full track that feels almost like something you have heard before but in a different way. The song has a comfortable familiarity and this could just be the way it was written as string synths and electric guitars flood the chorus with a colorful soundscape while Blasband lays her passionate vocals.

Changes and bridges give off an almost Beatles-esque touch and the song swirls around you and has a way of whisking you away to her world.

This single has an absolute contemporary rock tonality to it and the pop sensibility is strong throughout its course.

One of the best things about "Here" is that you can really hear her love for her craft shine through heavily and this gives her extra points. You want to hear the heart in a performance and Blasband knows how to deliver.

The accompanying video is also quite alive and freeing as you follow her and the song to get a feel for her character as a person a bit and it does prove to be quite proper for the song.

"Here" is certainly a radio single and the songwriting speaks volumes for the artist as a whole but there is more than meets the eye with Rebecca Blasband.

Even better is that "Here" is just one part of a full length album released from the artist and the entire thing has some outstanding tracks and something new to offer with just about each one.

She sticks to her staple feels but damn is this a refreshing record.

It makes you want to see her live as the show would likely be killer.

Either way her album also titled HERE is wonderfully performed and woven.

Dig into this one when you can, you're bound to find a number of songs you'll fall right in love with them.