An Interview With 100 Watt Shine 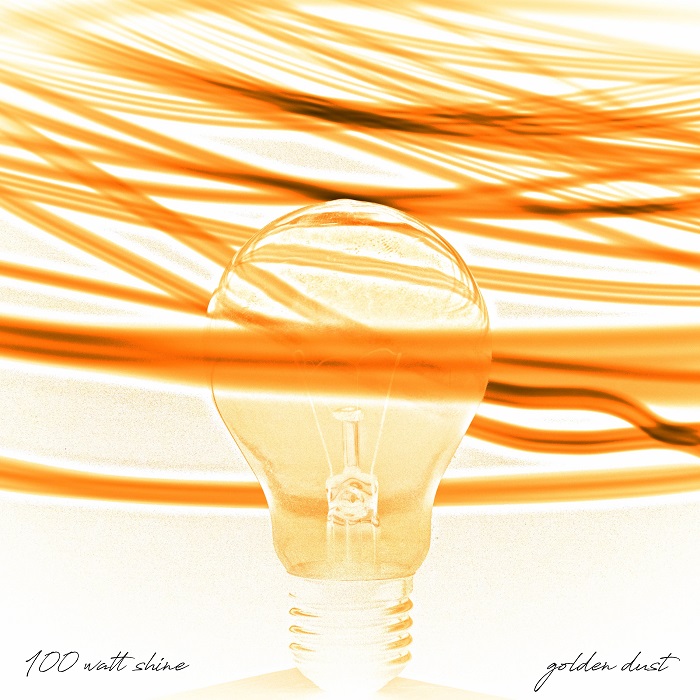 A fresh release from 100 Watt Shine brings that classic rock feel with hard struck chords, organs that fill the air and vocals that hit the spot.

"Golden Dust" is an instant classic and it feels like you've been listening to this track on radio stations since you were a kid. The genuine aesthetic is alive and well with these guys and they certainly know how to drop a song that keeps you warm.

The song isnl;t without some outstanding guitar work with as much southern soul as you can think of as vocals belt our melodies and hooks double tracked giving the song a lush and full sound.

The funk jiving breakdown is awesome and the guitars bring on some slide action and the whole band really gets into the pocket and grooves hard.

The shole damn song is a hard groove and it just feels good to listen to.

This release has all the things you love about classic rock rolled into one massive radio style single that really gets all the sweet spots that make you come back for more.

Credence, Aerosmith, Kiss, and more bare tons of influence of these guys and it shows and they really take it on their own path and really rock it without losing that love for the style at all.

The band really must be killer to see live.

You have to love these guys for thier own sheer love for rock n'roll in general.

With such a great single, we wanted to have a chat with 100 Watt Shine to talk about where this track came from and where the band even came from.

TSWS: Okay so let's start off with "Golden Dust". This track came through with a southern rock undertone and great energy! Where did this track come from?

A. From our guitar players' love of Paul Kossoff from Free. It's built around a riff that reminded us how much we loved that guy.

TSWS: I'm hearing some classic styles on this single. Who are some of your biggest musical influences?

A. Ten years ago, with Beno (gtr) and Miles (drums) jamming on riffs. They sought out players to join in, and then write music. Clint came aboard, followed by Gumby and Scott.

A. We have some unfinished material for a 3rd album.Do you guys produce your own stuff?A. Recorded, engineered, and produced by Mark Dahm of Warehouse Studios and Crazy Poet Records.

A. Bicycling, bowling, working on cars, mowing the lawn.

TSWS: Can we expect any music videos coming from you next year?

A. Perhaps, really not that important to us at this time. Only one of us is good looking, and it's a point of contention.

A. We haven't performed live for 3 years or better. Dusting off some cobwebs as you write this.

A. Listening to old recordings, hearing exciting new artists, having time on our hands.

TSWS: You wake up in the middle of the night starving. What's each of your go-to midnight snacks? (a question of character here)

TSWS: This single feels like a big undertaking. Is there any advice you have for other up and coming artists out there?

A. Be yourself, as great as influences are, create your own voice.

A. With gratitude, thank you for showing an interest in Indie recordings.