An Interview With 3am Tomorrow 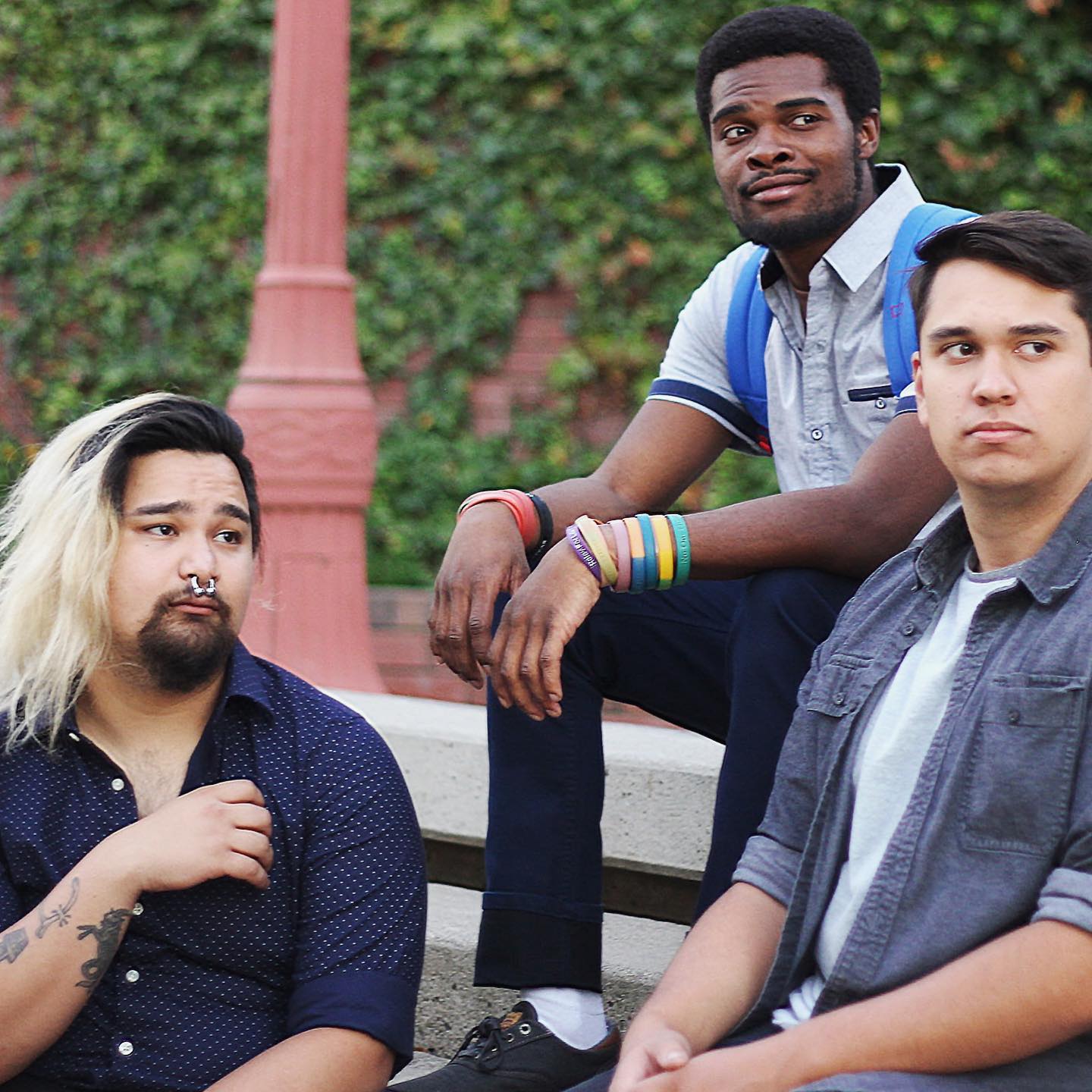 The latest rom 3am Tomorrow brings on all the fun.

"Reaction" is a timless, boundless, and enduring pop song that gives you that warm fuzzy feeling when you hear it.

Addicting vocals and a real radio feel, "Reaction" is a tasteful track with slight alternative undertones and laden with hooks left and right.

The song is a step in a new direction for 3am Tomorrow and we wanted to have a sit down with the guys to find out all we could.

Here is what happened!

TSWS: Hey guys! let's start with "Reaction". This is outrageously poppy and feels good all the way through. Where did this song come from?

3am Tomorrow: “Reaction” initially came to our vocalist Mikael-Ja’Hon while on a bus ride home from collage classes. He showed the rest of us the song the following practice and we loved the chord progression and lyrics immediately. I think we spent almost an hour playing that first initial chord progression over and over and just brainstorming ideas. We still have a recording of the first writing session for “Reaction” and we constantly listened to it trying pick and pulled ideas before everything was set in stone at the studio.

TSWS: There are a few different styles of pop embedded in "Reaction" What are your biggest musical influences? What bands made a real difference to you?

3am Tomorrow: [Darren bassist] I have different influences for different aspects of music. For 3AMT, I look up to bands like The Beatles for simplicity in songwriting, Queen, the Red Hot Chili Peppers and wolfmother for creativity and complexity, and artist groups with limited members like 21 pilots, the black keys, and the white stripes solely on their ability to create HUGE sounding songs with only 2 or 3 musicians present. It’s extremely difficult to sound like a full band live with only bass, drums, ukulele, and vocals, but I think with our mixing pot of various influences we manage to make it work.

TSWS: Are you guys going to be performing live again when the time comes? Seems like live shows were a big part of how you do things.

3am Tomorrow: The biggest bummer about releasing our debut single in middle of the pandemic is the fact that we will not be able play it live for quite sometime. As a band we realize that the live scene is on hold and will be on hold for while but that just gives us time to focus on music, further grow our fanbase, and hone our craft. As soon as the world opens back up and everyone is ready to go to concerts again, 3AMT will be ready to satisfy our listeners! For now we just have to do our part to get to that point.

TSWS: How did all this start anyway?

3am Tomorrow: Our Bassist Darren, and Drummer Victor met each other and immediately started a band together in high school before they even knew each other’s last names. Victor and Darren knew Mikael-Ja’Hon in high school too but didn’t ask him to join till after high school when other members of the band started getting busy with life. Mikael-Ja’Hon was a fantastic vocalist, musician, and songwriter so the band progressed dramatically after his addition. We started booking every gig we possibly could and landed on the name 3amTomorrow right before our first gig. Our guitarist eventually left for collage and we spent a good year or 2 looking for a replacement but eventually started going different directions musically while staying best friends. We eventually started writing short, catchy, simple songs again and figured we might as well use not having a guitarist as an advantage. Being an indie band with no guitarist is a cool gimmick that helps us stand out from the crowd.

TSWS: What's coming next for you guys? Is there anything in the works right now?

3am Tomorrow: Our main goal is to come out with our first EP “Am I Blind?” and a couple more singles in between. We go to the studio again early November so new music is on the horizon.

3am Tomorrow: [Darren Bassist] Aside from music we love traveling together. We try to go on at least one big trip together a year to just unwind from our busy schedules and have fun with each other without music being a factor. We go on a lot of day trips together to beautiful sights around the SF Bay Area whenever we all have free time. I know Victor is a bit of a home body so he likes stuff like cooking, reading, spending time with his dog and collecting art. Mikael is pretty active so likes going fishing, skating, and going on drives to get fresh air and inspiration. I really enjoy listening to podcasts, going to local shows, taking pictures, and watching anime. We all also try to go to local karaoke bars, bowling alleys, and restaurants at least once a week together but that has been a bit challenging since the pandemic.

TSWS: How do you guys write your stuff? Do you record with a home studio? Do you write songs together?

3am Tomorrow: Darren is a recording arts major in school and Victor’s dad is in a cover band that gigs frequently, so between them they have a good amount of decent equipment. We have a rehearsal studio Victor and his dad built in his garage so it’s a nice spot that gives us an enclosed environment to record our rehearsals and writing sessions. Usually we try to demo at home to give ourselves recordings to play along to and jot down good ideas, but we have a friend we work with that owns a studio when we record for public releases. As of songwriting a lot of the time Mikael will show up with a song structure in mind and Darren and Victor will build off it. Sometimes it starts with a bass line Darren noodles around with, or a chord progression Mikael starts but it’s never one person writing the whole song. We all contribute and play off each other’s strengths and weaknesses.

TSWS: Any other influences that aren't musical? Films? Life?

3am Tomorrow: [Darren bassist] I personally really like superhero team movies and a big reason why is because it relates to me and my outlook on music. At the end of the day my goal with this band is to make good music with my best friends, and to use the abilities I’ve learned to further my local music scene. Like any superhero team it’s not just spider-man or Captain America that can save the day, everyday, by themselves. They need their friends to help them make the world a better place. If I tried to make music alone there is a good chance of me failing not because I’m not talented, but because Mikael, Victor, our producer, and all our supporters cover my weaknesses and together we have a much better chance of accomplishing our goals. It’s never just one guy pulling the strings in any band or artists group. It’s the whole community supporting each other’s content that’s keeps the music alive.

TSWS: Before we go, is there anything you'd like to relay to your fans?

3am Tomorrow: [Darren bassist] I personally want to thank you all for sticking around. “Reaction” is doing extremely well and it’s because we have the best supporters we could ask for. 3amTomorrow isn’t just me, Mikael and Victor. It’s every single person that engages with us and together we will reach heights higher than any of us can imagine. Keep an eye out for our next single “It’s Everything.” The title says it all.