An Interview With Action Doll Joe 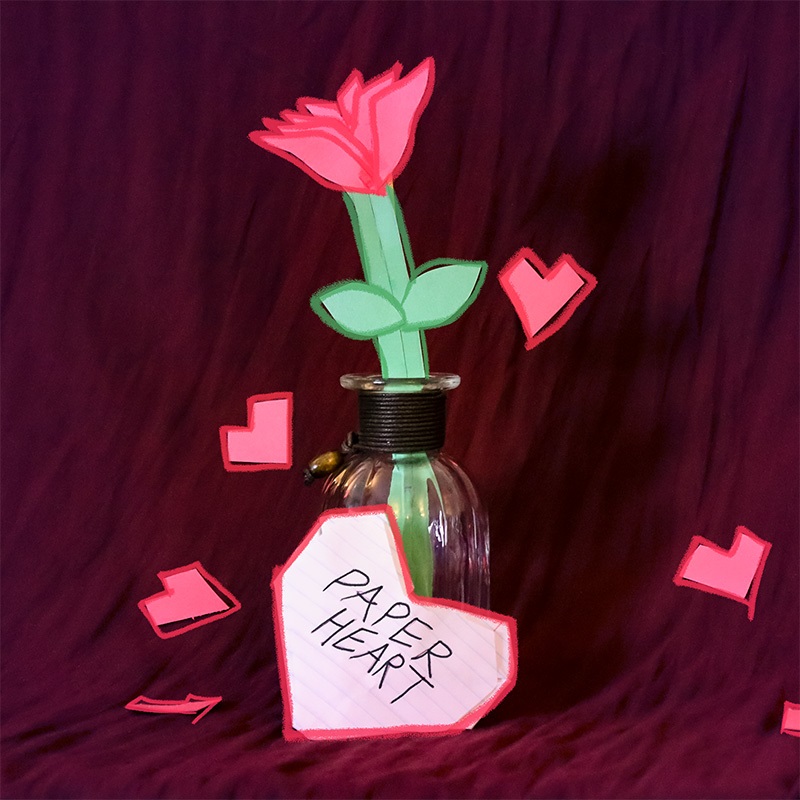 Action Doll Joe is back with a new banger and it's insanely fun and colorful indie rock with pop punk feels and all the bells and whistles you could want from a pop rock track of this caliber.

"Paper heart" is infectiously fun and doesn't let up for even a second as it's chorus imbeds itself in your brain and you start jumping around with the song's boppy rhythm.

The song has a major guitar driven rock factor and adds in a vibrant synth solo hook that is followed by a chanting chorus that you'll be singing later on in the day for sure.

This single had so much life and energy that it's addictive and in true Paper Doll Joe style, a wonderful blend of varying rock styles all wrapped up in a damn fine sounding single.

With such a sweet new single, radio worthy and all, we wanted to talk to the artist about the song and where it came from along with more. Here's what happened.

TSWS: Let's start with "Paper Heart''. This track has a major pop rock feel with punk undertones and catchy feel. Where did this track come from?

ADJ: This track was one of the first songs I ever wrote, but the original version was kind of clunky. It began as an idea I had about making a song on the topic of "looking for love in all the wrong places." That idea evolved as I added the metaphor of comparing the person I'm singing about to a paper valentine that is getting torn up; from there, I used the experience of having seen people I know do the same thing to fill out the rest of the lyrics. This song was shelved for a while, but I tweaked it a bit because I thought it would make a good single. I also just wanted to make a high energy song!

TSWS: Between this track and your previous EP we;re hearing some great sounds. What bands really influenced you?

ADJ: Relient K, Starflyer 59, early Panic! at the Disco, The Brobecks, I DON'T KNOW HOW BUT THEY FOUND ME, and Children 18:3. All of these bands taught me so much about music and being creative with music, but if I'm being very honest, Relient K has had the most influence in my music. From their lyrics, to their song topics, to just the overall creativity they have musically, they have been such an inspiration to me and I hope to mimic some of the artistic things they do.

ADJ: Music was kind of a slow burn for me. I grew up around music, but I never thought about actually becoming a musician until I was about 20. I was going through a really rough episode of my life at the time, and music became something I turned to. Once that moment in my life had passed, I knew I wanted to do music so that I can help others with the songs I make just like the songs I listened to helped me. So I changed my major, attended many of the music courses at my college, and then I began to record my own stuff!

ADJ: Most of my writing inspiration comes from personal experiences and lessons, or I write about lessons I've learned from watching the lives of others. This has helped me to find interesting topics to focus on, rather than just writing about the same stuff I hear from other artists. I also find further inspiration in thinking of metaphors and analogies to make my songs more story-like; doing that challenges me to be more creative with my descriptions.

TSWS: You've been really cranking out some killer songs recently. What sort of advice would you have for up and coming artists out there?

ADJ: Don't copy, do something original. There are so many independent artists right now that copy whatever is the style in music, but they never try to create a new style that is unique to themselves. You want to be the new sound, not get lost in the "popular" sound at the time.

ADJ: Yes, I will. Because of the pandemic and everything being locked down, there hasn't been any live venues open where I live. However, I am going to try some recorded performances, or maybe some covers; it won't be anything fancy, but hopefully it can give people something to kind of fill that void!

ADJ: I've been jamming out to "See Below" by this band called The Ghost Club. It's such a good song! I've also been listening to I DON'T KNOW HOW BUT THEY FOUND ME's album "Razzmatazz;" there is literally not a bad song on that album!

ADJ: Definitely popcorn! Haven't eaten much of it recently, but I love it when I do!

ADJ: First off, I'm glad you actually like my music! Secondly, thank you. I know there's a lot of independent artists out there trying to get your attention, but I really appreciate every listen you give to my songs. I have more music planned for the future, so stay tuned!