An Interview With Ainsley Costello 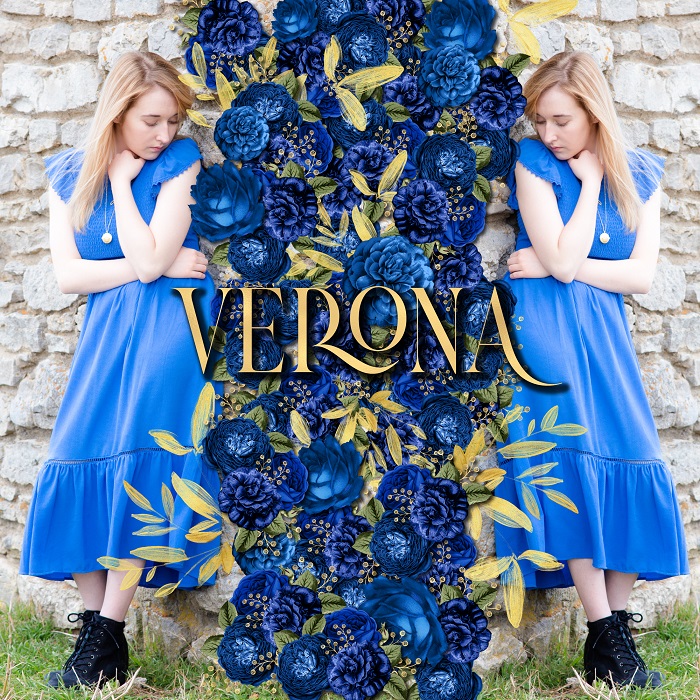 A new single released from Ainsley Costello gives off a major Americana rock vibe with an alternative undertone and a youthful gusto and vibrancy that feels great to listen to.

"Verona" is a colorful track with passionate vocal performances, some killer percussion sections and build ups that lead to a powerful and almost cinematic chorus.

The track has a heavy pop sensibility and some wailing guitars in the distance that help create the song's atmosphere and there is something about it that feels alive and breathing.

You can hear the heart and intensity in Ainsley's voice and she is the driving force behind the song's punch.

It actually makes you want to see her perform live as it feels like she'd be amazing.

"Verona" has some personal notes to it and it's clear that it come from someplace real. An emotional aesthetic is evident and only gives the song more passion.

This was an absolutely catchy, genre blending song that speaks for the future of young artists and how they can draw from life and influences from any age and create music that is freeing.

Ainsley Costello is a young artist that is years ahead of her time when it comes to songwriting and performance as a vocalist and with such a wonderful release, we wanted to have a chat with her about where it really all comes from.

TSWS: Okay Ainsley, let's start with "Verona". This track feels kind of personal and it's a great cross of pop rock and Americana as well. Where did this song come from?

Ainsley: Pop-Rock Americana! Yes! Thank you! I’ve had a major change to my sound this last year and that is exactly what I was going for!

Verona comes from a few different places, mostly it is about dealing with anxiety for the first time in my life. I had just moved to Nashville as the pandemic hit and I was not at all prepared to move to a “Music City” with no music. I was so excited to move to Nashville and pursue music full time but when everything fell apart, I definitely thought this might have been the biggest mistake of my life. It was super scary.

Ainsley: I also wanted to write a song that on the first listen through you’d think it was just a lot of fun, but the more you listen, the more you actually hear the lyrics, the more you understand how painful it is. I know a lot of people, not just young people, struggled with their mental health over the last year and for me, songwriting is always my way of coping and telling you how I feel. This song really became a metaphor for how we relate to the world today, you know how we all look “fine” online or from the outside but that we are “not fine” sometimes. I also have this serious love/hate relationship with social media, so it felt very natural to extend that feeling of everything looking ok but you might not really know whats going on behind the persona.

TSWS: I'm hearing several styles you encompass between your releases. Who are some of your actual biggest musical influences?

Ainsley: As I mentioned before, I have had a real transformation to my sound over the past year. My first album (that came out just as the pandemic hit) was very pop-country. I definitely was inspired by Taylor Swift, but I also have an odd relationship with her right now. A lot of people compare me to Taylor – it’s a huge compliment for sure. But as I started to settle into Nashville, I really had to re-evaluate what I wanted to be and sound like. A pandemic will do that to you! I tell the joke all the time that I convinced my parents to move me to Nashville and then realized I didn’t want to be a country artist. Oops! But, over the past year I was pleasantly surprised to realize that Music City has a lot more to offer than country music. Thankfully today’s Nashville is very diverse! I have totally fallen in love with Paramore and Kings of Leon (both Nashville based bands!) and Verona is really is my first attempt at heading in that direction. To me, there is something about the hybrid of a live band with the current hints of beats and synths that is just the coolest thing. It’s all so exhilarating to me, because the possibilities in music are endless, I feel like the lines are really blurred on genre right now in the industry. So for me, at my age its about trying things out to see what works and I also think that not having to choose or commit to a certain sound quite yet is kind of a cool place to be.

Ainsley: Music didn’t really start for me, it was just always there. My dad was a working musician for many years, he toured, played and recorded several of his own albums back in the late 90’s in LA. He’s always playing music around the house and with many different bands throughout my life. So, I just always had music around. I did buy myself my own – blue sparkly Daisy Rock Guitar (with my allowance) when I was 7 and decided then that I would be musician one day.

TSWS: Now that things are getting back to normal slowly but surely, will you plan on any live shows?

I will definitely be doing live shows soon! One of the hardest things about the pandemic for me has been not being able to play live. I love songwriting and working in the studio, but I am happiest when I am on stage. One of the reasons we moved to Nashville was so that we could do shows (within 8 hours of Nashville) in over half of the cities in the country. I cannot wait to get on the road again. I seriously felt like I had gig withdrawals last year.

Ainsley: I have always struggled with this question. I’m always doing music. Prior to the pandemic I had done 100 shows in 6 states and was pretty much on the road full time already. So, unlike the average teenager there weren’t a lot of dances or social activities on my calendar. But I really have never felt like I was missing out. One of the biggest things that I love about music is the places music takes you. Travelling has always been one of my favorite things to do. My extended family is all over the country, so I’ve always done a lot of domestic travel. The people I meet and the places I see have always sort of made up for the typical teenage activities that I missed. That said, I have started to like cooking over quarantine! I actually have a very funny love of Snoop Dogg, so naturally I was given his cookbook “From Crook to Cook” for Christmas (I have made his Chicken and Waffles and they were fantastic). I also love to read and binge a good TV show. My favorite TV show during quarantine was Anne with and E and, surprise surprise, I wrote a song based off of it!

Ainsley: Since I moved to Nashville right before the pandemic, I really want to just enjoy living and working in Music City. I’m so grateful that I was somehow able to meet and write with a ton of Nashville songwriters over the last year (albeit by ZOOM), so I have created a ton of new material. My plan right now is to release a new single every single month in 2021, and I’m just starting plan out a summer and fall tour.

TSWS: You've been releasing music since 2019! Any advice you'd have for up and coming artists trying to get heard?

Ainsley: I started my first album when I was 14 and it came out just before I turned 16. A piece of advice I have for upcoming artists is to focus on your craft.

Practice in some capacity every day. Whether that’s singing for your stuffed animals in your room working on your stage presence, learning to solo over your favorite songs, or writing a paragraph that might turn into a song, just keep going and growing. For me, those are the things that are most fun about music, so I don’t really think of practice as something not fun.

Also, find your people. I know it’s not always easy to do, especially when you’re young. But finding like-minded people that want to create music with you has been one of the most beneficial things to me.

TSWS: Okay so you wake up in the middle of the night starving. What's your absolute go to midnight snack. (This is a question of character haha)

Ainsley: Anything salty. Or chocolate. Or both. Not gonna lie, I have dipped potato chips in Nutella at 3 am before. Not as bad as you think.

Ainsley: Lately I’ve been listening to Kimbra and The Fray (really digging the late 00’s pop/rock vibe) and to the sheer dismay of my father I have not done a deep dive into The Beatles yet so Sgt. Peppers Lonely Hearts Club Band is next on my list.

Ainsley: Hold on! Live music is coming back, we are still here. We miss you too and we will be together again soon. It’s been a tumultuous year and I can’t wait to sing and dance with you all again soon.