An Interview With AJ Steel 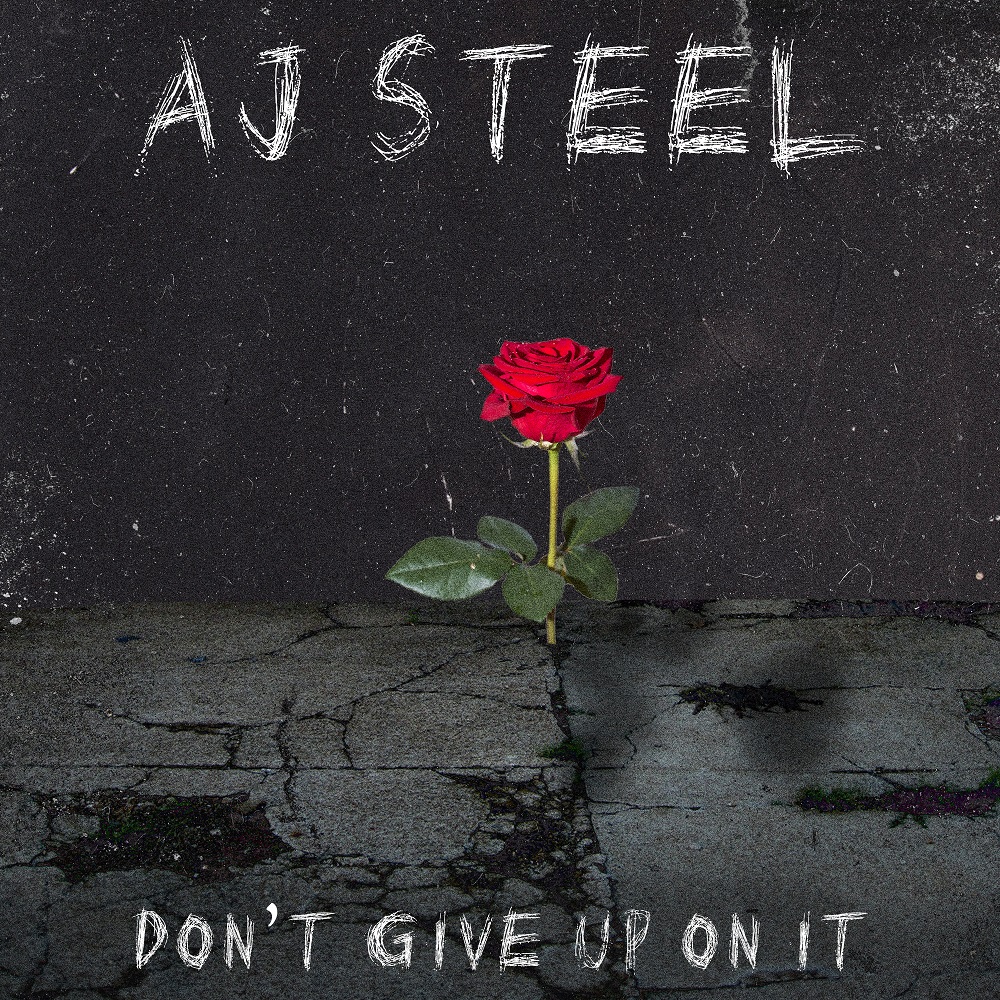 AJ Steel just dropped a new single called "Don't Give Up On It" and its brutal honesty has a way of striking a chord.

The song belts out in anthemic resonance and feels uplifting and powerful as its chorus fills the air.

The track has a rock undertone with piano ambient guitars surrounding its pop center.

You can almost see this song in the montage scene of a film.

"Don't Give Up On It" is vibrant and strong and anyone would feel this tugging on their heart strings within minutes.

The single follows sothers released previously this year that give off their own alternative vibe.

We wanted to have a sit down with AJ to talk about "Don;t Give Up On It" among others.

TSWS: Okay AJ, let's start with "Don't Give Up On It". The song goes through struggle and overcoming it. Where did this come from?

AJ Steel: The song came from a period in 2019 when I felt so tired and burned out.  I just wasn’t liking music or myself that much.  I was considering just throwing a blanket over everything and leaving it.  But somewhere inside me the ‘punk’ was saying, why?  Because ‘they’ don’t like what you’re creating, because they’re quick to criticise and slow to listen.  We’re not quitting because of other people and I didn’t want to.   I think I was judging my success and failures by other people’s metrics and it really drained the energy and passion for music out of me.  I thought, I love doing this, I love being an artist and I love writing songs.  Why am I quitting something I genuinely love doing because of what someone else thinks about it.  Seems a simple step to take, but it took some times for me to work it through.  So out of this searching the song ‘Don’t give up on It’ emerged.

TSWS: I like that the single is a bit different from some of your other releases from this year. What are some of your actual musical influences?

AJ Steel: I love most kinds of music.  I think if it makes me feel something it’s in the playlist.

Influences would be early U2 for their raw power and heart on your sleeve type songs, which for rock n roll is probably very uncool.  I’m happy to be uncool if it means you can be who you are.  Tom Petty, I love his natural and unglamorous music.  It just is what it is.  Great songs, great performances and a guy who just says what it is.   Lou Reed is another influence.  I love the punk attitude of Lou Reed and how he just went against the grain.  He didn’t follow trends or bend to be something he wasn’t or didn’t want to be.  Maybe by doing that he actually was and that was just part of the show, I don’t know, but I think it’s a good attitude.  The harmonies of The Beach Boys are so sweet they’re like a sugary treat for your ears.   The Avant Garde attitude of David Bowie.  He’s such a strong person to be able to pursue the vision he had when the world didn’t understand it in the early days.  I don’t get all of what he did but that’s probably the point.  To push you to reconsider what’s in your frame of reference.  Neil Young’s earthiness, he’s just connected to something bigger and I feel that honesty in his music.  Radiohead and their ability to create beautiful melodies and push the boundaries of song.   There’s a few, the more you think about it the deeper you dig, the more you influences you find you didn’t know were there.

AJ Steel: The next door neighbour was having piano lessons and I would mimic what he played and then just make things up.  I’d press a key and then try and find another key that sounded good next to the one I just pressed.  We then got a keyboard at home, it was an old organ type keyboard with piano and organ sounds.  I would just sit down and try and make songs or pieces of music that made me feel something when I played them.  It just kind of happened.  I don’t remember it being a conscious decision.  I’d fall asleep after surfing listening to classical records.  The way an orchestra breathed life into a melody was and still is mesmerising.  But when I discovered the electric guitar I was sold.  I loved playing it and trying to write a good song.  I guess music just got a hold of me and then I never let hold of it.

TSWS: Did you play live shows before the pandemic? Will you be planning shows when the time comes?

AJ Steel: I was playing quite a bit at one point but then stopped for a few years because I just felt like I was on this hamster wheel of playing, writing, recording, playing and I wasn’t progressing my art.  So I decided to stop for a bit so I could dig deeper into my writing.  I couldn’t keep playing the same songs and writing the same type of song.  I’m definitely up for playing live when Pandemic is over.  It feels right.  I feel like I’ve got songs now that I’m really happy to play live.

AJ Steel: Drink coffee! Oh hang on, I do that anyway.  I try and keep reasonably fit.  I am by no means a fitness fanatic it’s good for my mental health I think and I’m just more excited for the day when I start it with some exercise.  I quite like a good crime drama, I’m watching City on a Hill by Netflix at the moment.  It’s produced by Matt Damon and Ben Affleck and is a raw crime series about some bank robbers in Boston in the 80’s.  I like to read books, not many fiction books but books on people and how we see the world.  The most recent one was on how Trump won the Presidency.  Really interesting, I am not a Trump supporter, but it’s fascinating seeing how he gained such momentum.  I have read a bunch of short stories by Hemingway.  He’s so clear and concise in his writing.  It’s just there and there’s no mistaking what’s happening with Hemingway.  I don’t mind a bike ride and when I’m near the beach in my home town, a surf is always on the cards.

TSWS: Your songs all seem very honest. Would you say you use music as an outlet?

AJ Steel: I would say it’s an outlet but also an observation of the world around me.  I think music and art needs to be honest to do it’s job, which I think is to remind us that we’re human.  To help connect us to the inner part of us that is connected to the other side.  So I write from personal experience and from what I see and sometimes what I see reminds me of something I’ve experienced.  I think if music isn’t art than it’s entertainment, there’s absolutely nothing wrong with that, I just like the art side more.  I think it’s hard to write a good song if it’s not honest and personal.  I think that’s what music is, I t’s sharing experiences around a campfire through a song and by doing so it brings us just that little closer.  We kind of realise that we might be strangers, but we’re not that different.

TSWS: What's next for you? Anything new in the works even now?

AJ Steel: Absolutely.  I’ve just finished recording a song called Skin and Bone which is about vulnerability.  It’s a scary thing opening yourself up for criticism, but there’s a strength you get from facing that head on.  It’s the first time I’ve had real strings played by real players on a song and it sounds amazing to me.  It really lifts the song and adds to the emotion in the song.

There’s also 5 more songs that are partially recorded.  I’m considering doing an EP next year.  Up until now I’ve just been doing singles but I think these group of songs really work well together.  Either way, there will be a lot new material coming out next year.  I’m so pumped for it.

TSWS: You're gaining traction fanbase wise. Would you give any advice to other aspiring artists trying to get heard?

AJ Steel: I think you just look after the people who like what you do.  Sometimes you can go chasing new people and by doing so you neglect the people who already like what you do.   Also, I would say, don’t wait for inspiration before you start writing.  Write everyday, even if it’s bad.  You can’t have too many songs and sometimes you’ve just got to write your way through the bad ones to find the good ones.

TSWS: Before we go, what would you like to express to fans of your music?

AJ Steel: Absolutely.  You are it!!! This music only lives because you breathe life into it. Thank you.  I really can’t thank you enough.  The only way I truely know how to repay your support is by doing my best to only give you the very best of what I’ve got.