An Interview With Allie Jason 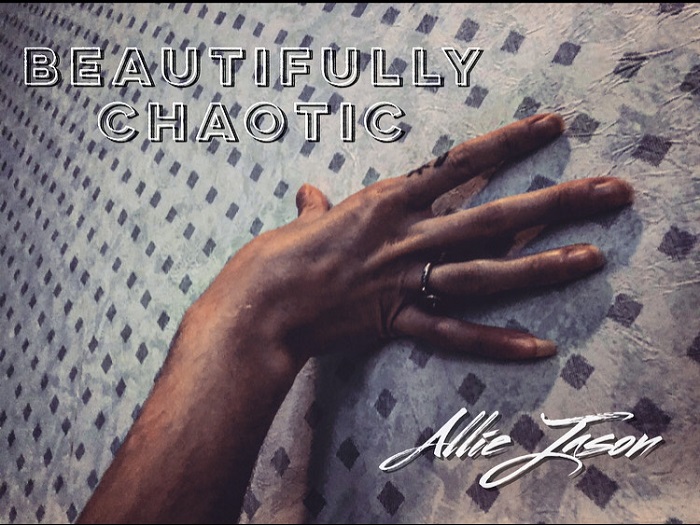 A single released from Allie Jason hits a mysterious and colorful pop sweet spot as the track incorporates a range of instrumentation that breeds a bit of cinematic tonality and some outside the box songwriting.

"Beautifully Chaotic" is a bit mind bending and comes through with a wonderful energy as pianos, synths, strings and massive vocals play out with a vivid soundscape that sticks with you.

The track comes from an honest place lyrically and Allie's singing is both pop oriented but also has plenty of passion and alluring sultry that peak through from start to finish.

This single has a lot going for it especially in terms of having a song that has that radio friendliness with a chorus that hooks you in and also keeps true to that almost 90's cohesive pop feel that makes it all feel comfortable.

This song can really sort of whisk you away to another place all together and it's got a certain classiness to it that makes it polished and proper but also extremely fun and danceable.

This feels like an artist that lets out whatever is going on emotionally through her music and we can certainly use mor of that these days.

The release has an impactfulness that is actually quite relatable and it's all done gracefully and leaves that pop aftertaste behind that has you humming the melodies days later.

This was a great dance-pop single that blended sounds and genres to create something that breathes and makes perfect sense.

With such a refreshing release, we wanted to talk with Allie about where this came from and what may be next for her.

TSWS: Okay so let's start with "Beautifully Chaotic". This track has a heavily cinematic feel to it and quite a unique pop feel. Where did this song come from?

• Beautifully Chaotic is a track co-written with Jimmy Thrasher of Muscle Shoals. Jimmy and I started co-writing country tunes together for music row in Nashville, then one day he decided he wanted to start working on music for me to release. In one of our co-writes I said to him that something was, “beautifully chaotic,” and he responded, “hm, I like that. We should make a song out of that,” and so, we did!

• I’d say at the time, my musical influences were artists such as Post Malone, Billie Eilish, Lady GaGa, and The Doors. I’ve listened to a lot of different types of music over the years so I’m sure a lot of those styles soaked into my mind.

• I knew I wanted to be a musician/performer ever since I was about 5 or 6. From then on, I dedicated, and continue to dedicate, my entire life to music and creativity. In first grade I began learning guitar, in sixth grade I wrote my first song, and I fell in love with singing right when I could speak. Ever since, I’ve surrounded myself with all things music, performance, and even acting and dance.

• I actually have multiple projects in the works that I can’t disclose all of at this time. However, I will say that I’ve been working on finishing my next EP release as well as talk of recording some tracks in a studio soon.
I’m always going to be creating, networking, promoting, performing, etc., so definitely keep an eye out and follow me on all socials!

Also, for the past 5 and a half years I’ve been the lead singer of a band called, “The Walrus and the Carpenter.” You can follow us on Facebook as well as Instagram to keep up with our performances and what not. Instagram:@thewalrus_andthe_carpenter

TSWS: What are you performing on this single aside from vocals?

• I actually wrote and produced the musical track for Beautifully Chaotic. Jimmy Nutt, of The Nutthouse in Muscle Shoals, AL, did the final mix and master.

• It honestly depends. For this track, Jimmy and I came up with a concept, a handful of potential lines, and I rolled with it. Eventually it all just came together.

Me personally, it honestly feels like I get this feeling, open up the program, and blackout. I get super in the zone and don’t stop until I’m done. Before I know it, I have a song. It usually takes a handful of hours or less. Sometimes I’ll come across a track that takes longer if there’s more too it. Most of the time the lyrics come with the music, all building together as it goes.

• When I’m not working on my own music I’m performing with my band, The Walrus and the Carpenter. When I’m not performing with my them, I’m spending a lot of time practicing self care and self love. I currently do workouts 5 days a week with specific routines that include healthy food, shakes, and supplements. As I work on my physical, I work on taking care of my mental as well as proper amounts of rest. Balance is key!

• Last song playing on my phone was, Up All Night by Khalid. I shuffle my phones music while I work out.
If I had to choose what to put on right now, some nice 50’s or 60’s music would suffice on this stormy day. Maybe turn on the fire and have a nice cup of tea to go along with it.

I usually perform more with Walrus but the season has definitely slowed down. In the meantime, I have been thinking about potentially getting my own equipment so I can start touring my originals; I just need to get everything together. Trying to reach the right audience to build a fan base is seemingly very difficult with the large amount of content out there. I’m hoping to be able to cut through to find the people that will vibe with my music and my message so I can go perform for them! That’s the dream. :)

If I happen to have any fans... thank you so much for listening. Seriously. Music is, and always has been the most important thing in my entire life. The fact that y’all notice, recognize, and like what I’m doing is honestly so incredible. I hope that what I have to say touches your lives and makes you feel seen.
Stay tuned for way more to come, always.