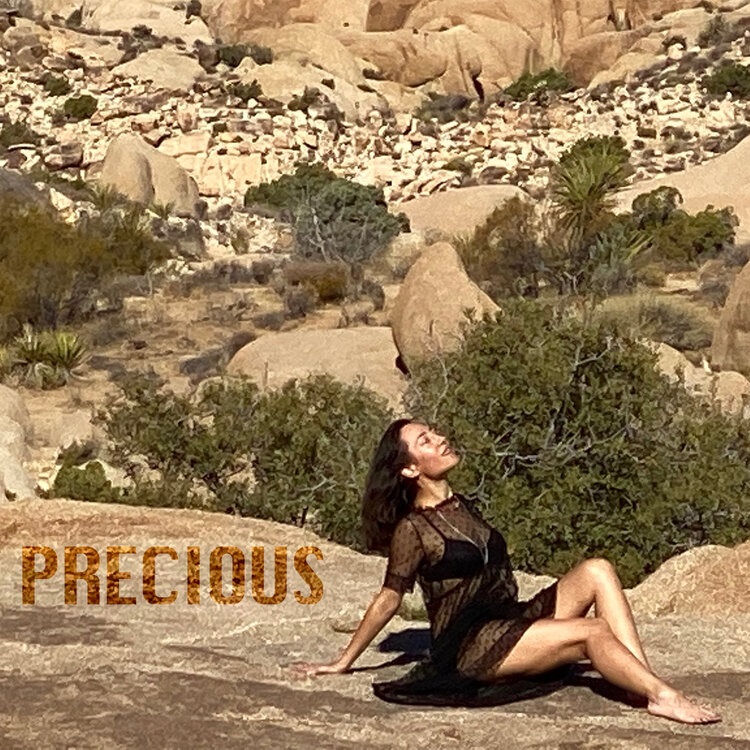 A new single premier from Amy Blaschke gives off an personal and ambient pop song that borders on dream folk along with some major musical swells and an atmosphere that takes on a life of its own.

"Precious" is an engulfing and beautiful track that features some alternative driven vocal harmonies and an edgy undertone that has a way of crawling under your skin.

The single brings to mind the slight darkness of artists like Mazzy Star and brings in some guitar hooks that take on a Radiohead form as the soundscape surrounds your being and washes you away in its ether.

The track has an existential lyrical feel to it as it deals with mortality and what time you have with the life you have.

The song was performed with a wonderful passion and heart that feels refreshing and bright.

A powerful message to go with a powerful song, "Precious" makes you think along with feeling and it does bring some emotion to it as vocals swoon and the music takes you to another world.

It's so impactful at times that when it's over you have to sort of shake it off and look around the room.

Of course, for Amy, this isn;t a new approach. The artist has been releasing an array of alluring material since 2007 and if you go back and dig into it, you can hear the evolution in songwriting and even performance.

From her releases you can hear her love for what she does and how freeing it must be for her to do her thing.

Amy Blaschke records music without boundaries and this is part of what makes it so embracing.

"Precious" is out today and you can listen just about anywhere but also, take a listen to her previous releases and you will have so much more to grab onto and add to your playlists.