An Interview With Amy Powers 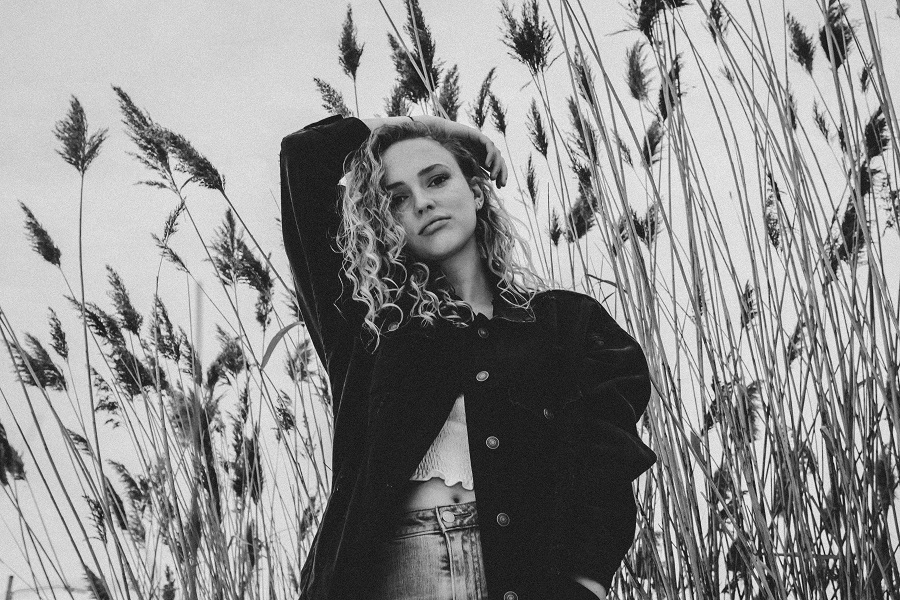 The new release from Amy Powers dropped recently and it's a killer combination of singer songwriter, and indie rock all done with soul and heart.

The songs bring up memories as songs play out with the feeling of a live performance. As a matter of fact, these songs really do make you want to see her play live. They seem personal and passionate as Powers really puts herself out there.

Songs have touches of contemporary jazz and Americana undertones and are laced with beautiful vocal harmonies and a wondrous variety of instrumentation including sax, organs, and more.

Although the full band songs have a certain power behind them, the stripped down acoustic and vocals tracks can be more touching.

Powers at times gives a bit of an Ani Difranco vibe which is pretty rare.

This was an intense release and we wanted to have a chat with Amy about the record and more. Here's what happened!

TSWS: Okay Amy, let's start with "For You". This track has a sort of 90's rock feel to it at times with a folk undertone and even Americana southern style. It makes me think of artists like Mazzy Star. Where did this song come from?

Amy: This song practically wrote itself.  My album deadline was set for December and instead of recording my other songs, I decided to write and record this track all in November.  Something about the chords and the sentiment just flowed so naturally. Like a lot of songs, I wrote this when I was in a really bad place.  It is half fiction, half non-fiction.  Certain lyrics narrate the exact thoughts in my head while others are situations I’ve imagined for some new character I’ve created in my mind.

TSWS: How long have you been doing this? How did this all start for you?

Amy: I first started writing music in my diary when I was an angsty middle schooler.  I remember my very first songs being an over dramatic song about picking petals off a flower and another about fairy tales, which was for sure a rip off of a Sara Bareilles song.  The reason I remember it so well is because my mom found that diary and told me how much she loved it but in my middle school angst, I was mortified of course. It wasn’t until college that I got serious about writing music.  I’m from a small town where writing music is unheard of and music takes the back burner at school.  Then, I was suddenly in this pool of artists whose whole lives were writing music and it was insanely inspiring.  I’m super grateful to have been surrounded by so much talent.

TSWS: What artists influenced you as an artist? What bands changed you?

Amy: My earliest influence would have to be Sara Bareilles.  I’ve been a fan since I was about 7 years old watching her on VH1s Top 20 Countdown (another early obsession lol). As I’ve evolved musically, my top influences are a combination of Pinegrove, Bruno Major and Still Woozy. Though their music is drastically different, what they all have in common is a large focus on lyrics.  I could read their lyrics as a poem alone or listen to just the accompaniment of any of their songs and I would still be able to understand the story they were telling.

TSWS: Whats next for you as an artist? Anything in the works even now?

Amy: That is an excellent question. It truly is an odd time to be an artist.  I graduated this past May with a plan but then good ole Covid hit. If I’m being totally honest, I’m grateful for the time quarantine has given me to write.  I’ve been conquering one of my biggest fears which is co-writing.  I’ve been having writing sessions via Zoom and it feels so good to finally be able to collab and actually enjoy it!!  I’m planning a move to Nashville next summer and can’t wait to see where the city takes me.

TSWS: Did you used to play live shows before? Do you think you'll be planning gigs when the time comes?

Amy: I am dying to play live shows again!! I’ve been lucky enough to play some covid-safe gigs this year with the unique experience of playing behind sheets of plexiglass.  I already have some gigs planned for next summer so I am working on new music for when that time comes (fingers crossed)!

Amy: When I’m not working on music, you can find me doing one of 3 things: chilling with my pups, cooking up a new recipe I’ve made up, or watching home renovations.  No joke, it is a serious addiction and I should be forcibly removed from Architectural Digest.

TSWS: What kind of advice would you give other aspiring artists out there just trying to get heard?

Amy: The best advice I could give someone is to “Seek Discomfort”.  I was given this piece of advice a few years back when I was flown to California on a whim by the youtubers, Yes Theory.  Advertising yourself is a seriously weird and narcissistic feeling. I regret the times I’ve hidden my music and ultimately, what do you really have to lose? I promise you that people want to hear you and if they don’t, then they’re not worthy of hearing your gift.

TSWS: What sort of non-musical things influence you to write?

Amy: Most commonly, TV scripts.  It sounds odd, but once in a while I’ll be watching a show and a character will deliver a line that resonates with me and I instantly imagine a story around it.  My voice memos are full of mumbled ideas recorded at 4am during a Netflix binge.

Amy: Hi Mom and Dad!!! Just kidding. Kinda. To anybody who follows my music, just thank you! I’m a musician with stage fright which is a lethal combination.  Thinking about the good people who have supported me is what gives me the confidence to perform more.  So simply, thank you and I owe you!