An Interview With An Early Bird 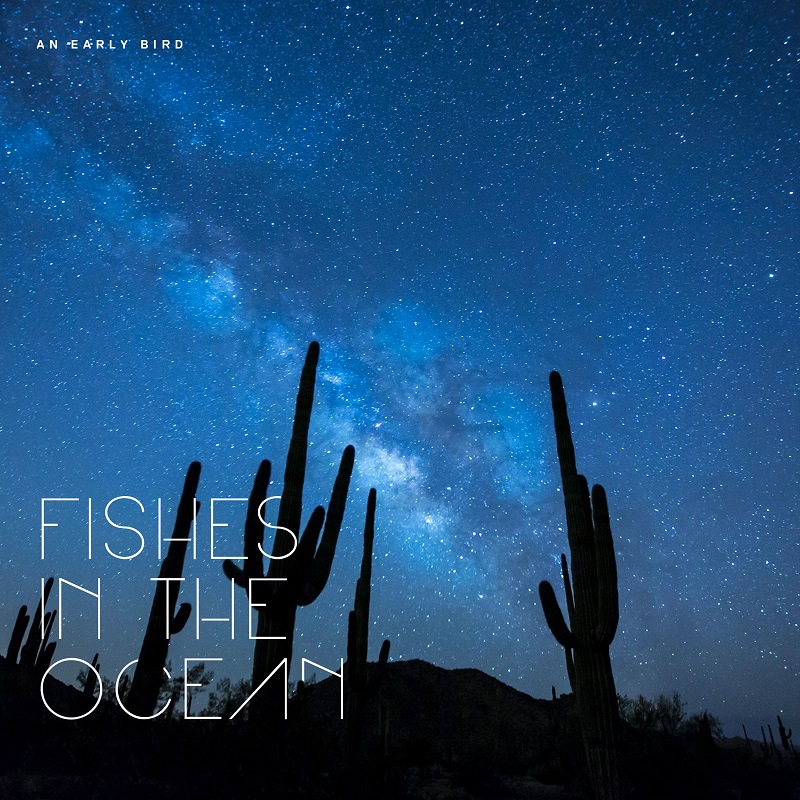 The premier of a new single from An Early Bird has arrived and it's as anthemic, cinematic, and beautiful as you'd expect as musical swells and moves you with a graceful tonality and style.

"Fishes In The Ocean" is a powerful and bright indie-pop track that focuses on acoustic guitar, ambient synth pads, piano, and absolutely gorgeous vocals that flow like water.

The song is full of deeper meaning and becomes inspirational and touching as you get washed away by the sound and emotional drive behind it all.

A wonderfully woven and personal song, "Fishes In The Ocean" can really keep you afloat and have you feeling fresh when it's over. ALmost like you can start a new day and everything will be okay.

It's a great feeling to listen to this single and what's just as moving is the accompanying music video for it.

More than just what's on the surface, the video reaches a bit deeper even as it shows older ladies and gentlemen being active, living their life the way they want, being free and feeling good.

This entire project is an outstanding showcase of love and heart. Those are the two things that were poured into this project and it's completely clear.

With such a great release, we wanted to have a chat with An Early Bird to talk about the single and what's coming next.

TSWS: Okay let's start with "Fishes In The Ocean". This track is a beautiful and anthemic feeling song with a message behind it. Where did this song come from?

I found the guitar riff in a night where I was struggling to sleep. I started thinking about how strong our bond with our past can be and how hard our dealing with the rules and the roles of life can be. So the image of fishes in the sea came into my mind: they’re alone but together at the same time, always with the risk to be entrapped in a net. Like us with life.

TSWS: The video for the single is really amazing. How did you get all the people in it to be a part? Did they all enjoy it once it was finished? It was a great watch.

For the video concept I wanted characters able to represent the will be alive and go beyond the general conventions suggested by rules, age, common sense. I have been working on some footage from a video agency who was making it available for creative purposes. As soon as I saw their face, I thought “ok that’s exactly what I need now”.

I used to play in a band when I was in Naples, my hometown in the South of Italy. Actually we managed to do pretty nice things: we made 3 records, supported International artists and got some relevant media coverage. When I moved to Milan I felt the need to start a new path even with music so I created An Early Bird as metaphor of something new and fresh, like the start of the morning with the bird singing outside the window. I thought it was poetic.

TSWS: I'm hearing some different styles embedded in this song. What are some of your biggest musical influences?

I grew up with The Beatles and the British pop era of late Nineties. Then I discovered the world of singer-songwriters like Glen Hansard, Benjamin Francis Leftwich, Ryan Adams, Ray Lamontagne. I could say that everything that works good with just a guitar supporting a voice can be a good influence for me.

TSWS: You've had a lot of experience touring. Are you still performing live?

I’m not planning a tour at the moment. I enjoyed the last tours I had in Europe, it was in 2019 and seems a lifetime now.I guess we’ll see how the pandemic goes and how safe and reasonable the touring possibilities are. It’s something that I really miss.

Stop being scared and nervous about what people will say when I release a new song. Songwriting is a process and it’s influenced by the different times of your life, for me at least. The final output could surprise or not but in the end it’s all part of my inner side. I’m an insecure individual and for a long time I’ve been depending on other’s opinions when releasing new stuff. With the new songs from my 3rd record I started being more independent and this is a great achievement for my music.

TSWS: With everything you've accomplished, what kind of advice would you have for up and coming bands and artists trying to get heard?

The only thing I could possibly suggest is try to be yourself in the true meaning of the word. Stop following trends, being IG slaves and, above all, never buy fake streams and followers on Spotify. This is bad and seriously damages you. Reach the people you care about personally, it will take time but in the end a genuine social connection is much easier to convert into sincere listening.

I like sesame sticks! The bad side of the thing is that they leave a lot of crumbs.

That kind of things that seem to be unsolved or pending. Relations. Self-discussions. The stories of some great guys. I’ve recently became obsessed with David Bowie and his artistic path. He went through a long time of failure with the first records, the same records with songs like Life on Mars? and Changes, today considered masterpieces. He never gave it up and kept following his vision of art. This is the kind of thing that inspires me as well: I bought a 12 strings guitar.

I keep working with the words somehow. I’m a copywriter and this has a good impact on my life as musician.

Be curious. Browse artists. You can jump from side to side of the world today.