An Interview With Arielle Eden 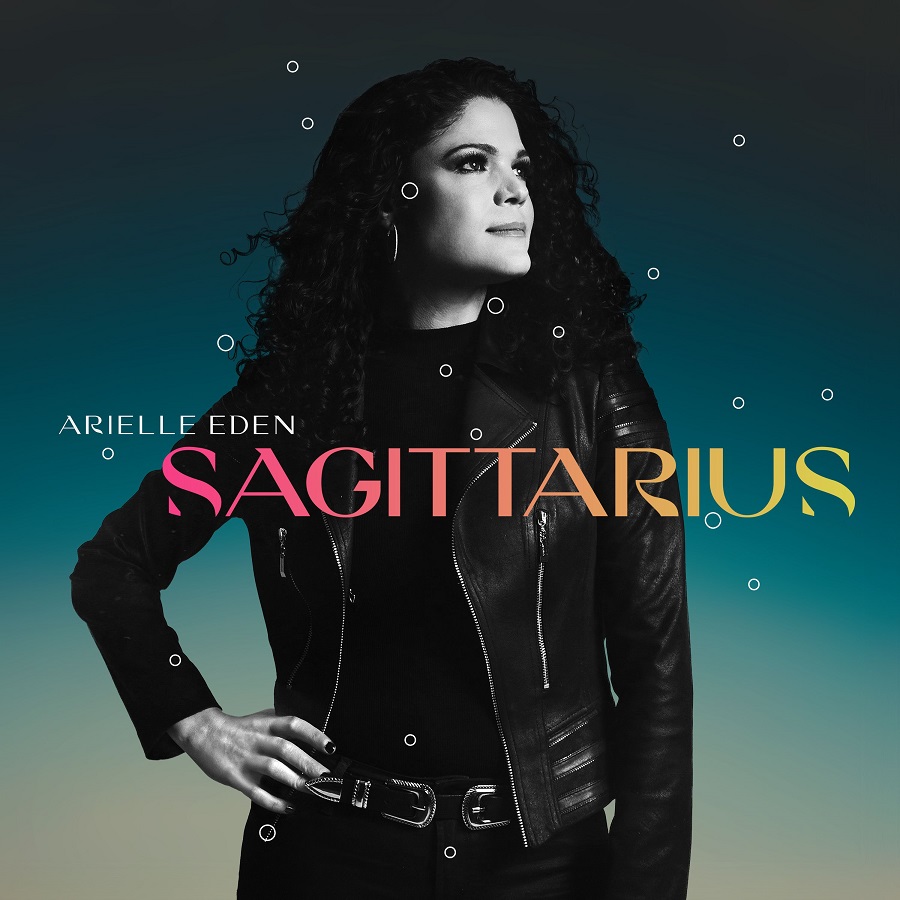 The new single release from Arielle Eden is a radio pop track with touches of Americana and plenty of heart.

"Sagittarius" has got some guts behind it with a great energy and some killer guitar work surrounding powerful vocal performances and an all around pop groove.

Eden pulls off a chorus that embeds itself in your brain and has you humming it hours later.

The track does have that southern soul aesthetic and comes through incredibly colorful and fun.

This is the kind of song you want to get up and start dancing to almost straight away.

There is a familiar feeling to it at times like you've heard it before but that comes from having a great hook and the song also has a tasteful blend of genres peeking out from its pop overcoat.

Most of all is Eden's vibrant character and style that's so alluring.

With such a bright new single, we wanted to have a chat with the artist about the single and what's next for her.

TSWS: Okay so let's start with "Sagittarius". This track is major pop but also has a little southern feel and rock undertones at times. Where did this song come from?

Arielle: It's always interesting to me how the sound of a song develops in the production process. When I wrote this song, which was many years ago... ok fine I'll tell you;) I wrote this when Kelly Clarkson's "Since You've Been Gone" was a big hit, and at the time I was inspired by the punk vibe that I felt was infused into that song. While the current version of Sagittarius sounds nothing like that, when we recorded the basic rhythm track we made sure to build the foundation around a punk inspired groove since that was at the heart of the song for me. My biggest inspirations in music have been from the pop and folk-rock traditions, so it actually makes me happy to know that it's kinda all come together here. I think this how the production naturally progressed with the brilliant guidance of my producer, Daniel A Weiss, who now tells me that those guitars, played by the incredible Marc Shulman, that folks have identified as country-esque, were inspired by George Harrison (which would make my Beatles obsessed children very happy).    TSWS: This is the latest in a string of singles you've been releasing throughout 2020. Is there an album coming?

Arielle:  You're not the first one to ask this! There is something coming. I had started a collection of songs a while back hoping to release them under the title "Sagittarius". I finally got around to releasing my first single this past June. Because of the pandemic my release plans have kind of changed since I had been trying to finish some of the others that I had started, and now can't do that as easily. I do have a number of finished songs that are unreleased, so the question will be in what order and in what groupings I will release these, and if I'll be able to finish the others. Not the most satisfying answer, however yes there is more coming, and album or an EP and some more singles :)

Arielle: Wow! That's a big question. Music has always been an important part of my life, having played an instrument, been involved in performing arts, and choral groups growing up. I've been writing music for many years and more consistently since the end of my college years. At that time, I started performing relatively regularly in the East and West Village club scenes in NYC. I continued doing this while pursuing my degree in Psychology. The rigorous nature of finishing up that program in addition to the curve balls of life had me in and out of performing and pursuing recording projects. I had recorded a number of songs over those years, and only released one of them, which I didn't promote very much. After my second child was born, I had some health issues that were consuming for a couple of years. When things started to improve in 2016 or so, I decided to get back into my writing because I felt the urgency to spend my time in a meaningful way. I started taking some online music and songwriting classes and began creating new material. I remember during an intense health flare, I called my now producer, Daniel A Weiss and said, let's record. I wanted to make sure that I put my music out into the world while I could. When everything is going well, we don't always feel the urgency to accomplish our most meaningful pursuits. For me, it was uncertainty that motivated my decision to record the music I was writing. My first 2 releases, and most in the collection that is coming were songs that I had written in the Berklee online class I was taking during that time.
TSWS: Each track you release is a little different. Who are some bands and artists that really influenced you? Who changed you?
Arielle: Yes, that's true. I think that's because I am a song person rather than a genre person. In other words, when I consume music and when I write it, I am often focused on the song itself (melody, lyrics) rather than the production. That's not to say that production and vibe isn't a huge part of a song or what I appreciate about it, but I am someone who loves listening to both produced and stripped down versions of the same song to be able to appreciate the ability that an amazing song has to work both ways.
That said, pop and folk-rock and more recently pop-country are definitely genres that inspire me ... Artists range from Lilith Fair regulars including the Indigo Girls, Sarah McLachlan, Jewel, Dar Williams on the folk end and P!nk, Taylor Swift, Gaga, Julia Michaels, Halsey on the pop end, and folks like Maren Morris, Kacey Musgraves, Brandi Carlile who have toed the line. Nowadays with so much new music and singles being released all the time, I find that the songs themselves are what capture my attention, unless you are Taylor Swift and release 2 full length masterful albums in close proximity. Three songs that have stopped me my in my tracks relatively recently are: Lewis Capaldi's "Someone You Loved", "If The World Was Ending" by Julia Michaels and JP Saxe, and most recently Emily Weisband's "The Way I Say Goodbye". Clearly I like a good tear jerker. Maren Morris's "The Bones" is another one that blows me away.
TSWS: What's next for you as an artist?
Arielle: I do have more music that I hope to finish and release, and at the same time, I've already written a bunch more that I'd love to release as well. The next batch is one that I'd like to be more stripped down in production. I also love collaborating, so continuing to write with others is something important to me. I'd also like to get back into regular live streams which I was doing a lot more at the start of the pandemic. I think now would be a good time to make a comeback ;)

Arielle: Hahah. That question makes me laugh for some reason. I am a mom of 2 young boys, so that keeps me pretty busy especially these days since they are doing school here at home. I also work as a psychologist seeing my own clients, and I have recently started to paint.

TSWS: Did you used to perform live? Do you think you may focus on that when the time comes?
Arielle: Yes and yes. I had started performing more regularly than ever before in 2019, and was really enjoying that. When the pandemic started I was doing bi-weekly livestreams with a group a friend and I started called Musicians Unite Together Wherever which hosted multiple acts as a weekly Saturday festival. I'd like to start doing some streaming again soon.

TSWS: What sort of non musical things inspire you to write?
Arielle: Emotions and life situations have and always will be inspiration, but now I'm always listening for ideas and titles that seem to have potential to tell a good story. Sometimes it will be in something someone says. I watched a segment on Paul McCartney on CBS the other morning and heard him answering a question about how he copes with the loss of John Lennon even until today. He said "Sometimes I ask myself why I'm not crying every day" and I thought, there's a song in there. So I just keep paying attention to what moves me, and when it does I make note of it.

TSWS: You've really been releasing a lot lately. Any advice you'd give to other up and coming artists just trying to get heard more?
Arielle: I think the main advice that I would give, even though I'm still trying to figure it all out, is to do what you can to connect with other artists, try and learn from everyone around you, and always be on the lookout for opportunities to connect, play, share your music. That's what I've been trying to do. I'm learning the most from the people that I connect with. Ari Herstand's book about how to make it in the new music business is also an amazing resource. I would also say, just keep going, and don't be discouraged. Be mindful of all the little wins, because you never know where each may lead.

TSWS: Before we go, what would you like to say to fans?
Arielle: I'd like to say thank you for sharing this journey with me and for all of the support. Music is meant to be heard and to touch people. Without listeners the creation can't reach its full potential. So I am beyond grateful to you for literally being part of the creative journey with me.