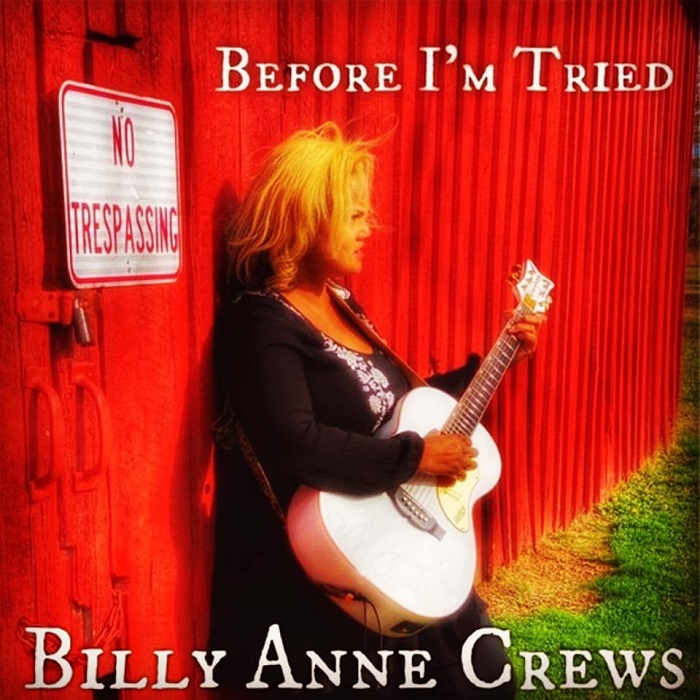 The latest single release from Billy Anne Crews is a rockbanger with a passionate performance on all parts and touches of country lurking beneath its surface with acoustic guitars and some powerful vocals.

"Before I'm Tried" is a cinematic and alluring track that features a load of hooks and a personal standpoint that allows her to let it all out.

This track has some hard rocking tones and the guitar work is outstanding and accompanies the energy of the vocals nearly perfectly.

Crews has a major set of pipes and belts out with heart and soul enough to grab hold of you and pull you right in.

This is a relatable song and works on so many levels but the main thing is that the song is moving and has an almost theatrical vibe to it.

By the second time around you want to sing along at the top of your lungs but it ain't easy matching those notes.

You can hear that Americana style shining through and some classic rock influence as well and it's all wonderfully woven together and it makes you want to see her live.

These songs do actually give off a live performance kind of feeling as well that never fails to capture a genuine aesthetic that just plain feels great to listen to.

This stuff is empowering to say the least and Crews has the guts to lay it all on the line and bleed her heart into these tracks.

"Takin' My Promises" is another recent release that can take you away and really has so much guts and glory that it makes you forget where you are and what you're doing.

She has one of those classic voices that take all the attention and can stop you in your tracks.

There is something about these songs and her songwriting that is warming.

We suggest starting off with "Before I'm Tried" and dig into her material from there. You won't regret it at all.