An Interview With Bones In Butter 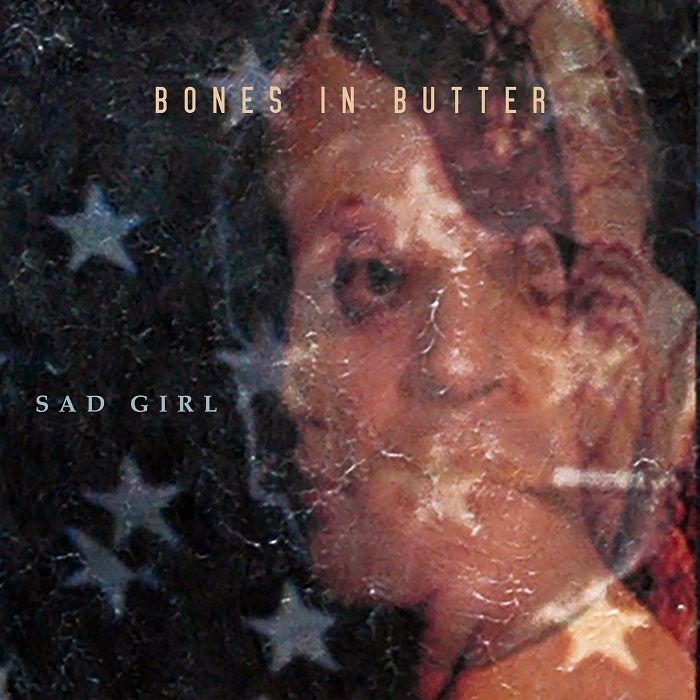 A new release from Bones In Butter gives us a classic alt-pop track laced with 90's alt rock to the likes of bands like The Pixies complete with warming backing harmonies that haunt and float, twangy guitars that fill the air with hooks, and a subtle indie vocal approach.

"Sad Girl" has layers of colorful sounds that all come together and become something melodic and touches on a nostalgic youthful feeling you can't forget.

A beautifully performed instant classic that feels almost asif you've heard it before, the single gets the butterflies in your stomach moving and causes memories to flash before your eyes and it all feels good.

Some tasteful lead guitar work that fades into those angelic vocal harmonies makes you wonder if you dreamt this track, or if it really happened.

There is something 1950's about the song as well that really helps it sound like a classic love song.

We're no strangers to Bones In Butter and their array of wondrous material they've released in the past year or so and this group literally never ceases to amaze and surprise.

"Sad Girl" is absolutely refreshing and with such a great release, we wanted to have a chat with Bones In Butter to find out where this all comes from in the first place.

TSWS: Okay so let's start with "Sad Girl" This track has a touch of retro pop vibes to it and a ton of

pop sensibility. Where did this song come from?

Milutin: As a matter of fact, this song is 15 years old. My friend and former band mate Angelo

and I were talking about Italian pop singers of the 1960s and how that music was so cool.

Inspired by the vibe of that era, we started jamming when suddenly the chords to Sad Girl

appeared out of the blue, I heard them in my head and started playing them on my guitar. Of

course, back then it was just an idea for a song and the title “Sad Girl” materialized only the

next day when Angelo came up with the lyrics. At that time, he had some issues with his then

girlfriend and had to let it all out. That’s why the song has quite a cynical ring to it. True story

As we both had day jobs and had given up the idea of becoming rock stars, “Sad Girl” soon

TSWS: We're no strangers to Bones In Butter. You guys have released some enticing material in the

past. With "Sad Girl" we noticed a bit of a new sound and some lush backing vocals. Can you tell

Luna: I’ve developed this approach to doing back vocals as though they were a part of

instrumentation. Whilst originally being a keyboardist, I believe some of the logic behind

fingers on the instrument, and experience in synthesis made me more aware of dynamic

attributes that could play an important role in asserting different points within arrangements.

This song, contrary to its title, has a very euphoric energy, and the way I was getting it was - a

daydreaming episode of manic overjoy that makes you dance through the streets, spreading

your happiness all around - and I assembled the vocals following that notion!

TSWS: I’m certainly hearing some different styles on this song. Who are some of your biggest

Milutin: I mentioned in my previous answer that “Sad Girl” was inspired by Italian pop music

of the 1960, in particular by Bobby Solo and his song “Una lacrima sul viso”. Other musical

guitar of the early Wall of Voodoo, the melody and harmonies inspired by the Electric Light

TSWS: What do you think is next for Bones In Butter?

Luna: Milutin keeps on coming up with diverse music ideas both in sound texture and

themes, and we’re always working on new stuff! Right now we’re in midst of making our

second album, so we have a bunch of finalized songs that are yet to be released! I enjoy this

collaboration very much, as it is, in my experience, a creative collective that’s been one of the

most prolific during this pandemic year!

TSWS: You guys have been releasing some outstanding tracks. Any advice you'd give to up and

coming artists out there?

Luna: Music making is a place where you really shouldn’t hold yourself back, as everything is

possible and legit in that process. One might be hesitant as to whether their ideas would be

rejected or overlooked by those around them, but I believe people need time to get used to

new ideas, and that with time they usually do. If people dislike a certain genre of music, but

understanding and loving it. So I’d suggest courage and self confidence before all, because if

you believe in your work and stand strong behind it - others will eventually believe it too!

Luna: I believe that YouTube algorithm has given up on me since I’m constantly listening to

the radio is usually on playing Serbian “Rock Radio”. Working on music so much makes me

tired of discovering new music sometimes, but I’m so addicted to music itself that I prefer

Milutin: While I’m in the process of writing new songs, I’m trying hard not to listen to music

other than my own so as to reduce any influence on my creative process to a minimum.

Hahaha, needless to say that this is simply impossible. So during the last few days, I caught

myself listening to acts like Fontaines DC, Oh Sees, Mitski and this new band from NYC –

Hennessey, just to name a few. There’s lots of good music around.

Milutin: I’m quite obsessed with writing and producing songs at the moment, but whenever I

can I spend quality time with my wife and son. Other than that, I just love binge watching sci-

TSWS: How does it work with songwriting for you guys? Is it lyrics first, or chords? It's different for

everyone but what's the Bones In Butter formula?

Milutin: Oh, this is an easy question. The MO is always the same: music first and then the

lyrics. I mean I really tried it the other way around, but as far as I’m concerned, it’s always the

music that inspires everything else.

TSWS: Will you guys be putting any new music videos together soon?

Milutin: Actually… yes. As Luna and I are answering these questions, a friend of mine, a

documentary filmmaker, is shooting a music video for our next single release. His project is so

secret and so obscure that not even I am familiar with its content. It better be good.

TSWS: Seeing things are slowly but surely getting a bit better, will you be putting any focus on live

Luna: I had about 10 projects that I was actively performing with before the pandemic hit last

year, and had very few gigs this past year. You can say that I was struggling a bit through an

identity crisis as seeing myself off of stage for too long, but on the other hand I got pretty

comfortable with working in the studio, and contributing to many interesting projects over

the past while. I surely miss the live gigs, and I’m not sure when will they be happening here

as our government keeps overlooking the issue, but I have to admit that I’m grateful for the

time I had to work on music from this angle, away from rehearsals.

I believe that “Bones in Butter” is before all a studio project, a creative force working around

musical ideas, and we’re fine with that for now. We’ll wait and see what opportunities come

our way, and will perform if we feel like it!

TSWS: You wake up in the middle of the night starving. What's each of your favorite midnight

snacks? (this is a question of character)

Luna: I used to really enjoy making myself an oatmeal for some reason, but I’d usually go for

Milutin: I think I’d kill for a plate of Russian salad.

Luna: Take care, and thanks for tuning in!

Milutin: Yeah, thanks for tuning in and I’d be even more thankful if you’d stay tuned because

we will be releasing fresh singles every month, throughout this year and the next one…