An Interview With Boston Reign 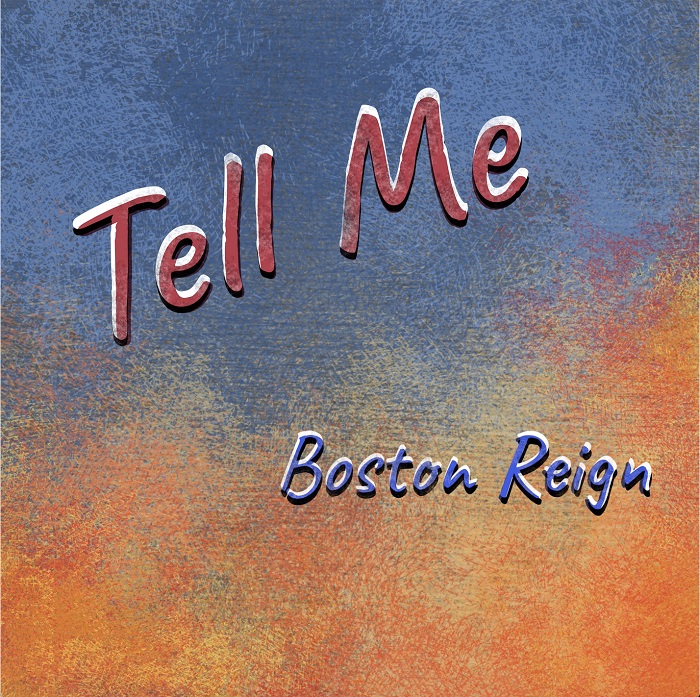 Boston Reign returns with a fresh single that borders alternative radio rock with undertones of grunge and even punk at times as crew vocals call out and guitars fill the air with crunchy melodies and an edge.

"Tell me" is incredibly catchy and crosses bands like Foo Fighters with The Bronx as it explodes into its infectious and massive chorus.

The energy and drive of this track is intense and alive with youthful gusto and that grunge touch does bring a little nostalgic feeling to the track.

Killer lead guitars twist and turn through the rhythm section and as the song comes to it's final choruses it gets crazy explosive and powerful as drums destroy and vocals hit that sweet hook you've been waiting for.

One of the best parts is the riff at the end of the song they just threw in there cause it was super cool. And it really is.

Aside from wanting to hear more of that one last riff a little more, this track is spectacular, vibrant, and packs one hell of a punch.

Boston Reign knows how to get you hooked and how to keep an edge to their songs while still making them very radio friendly and also hinting at that old school feel you miss.

With such a great release, we wanted to have a chat with the band to find out more of where this all came from and what may be next for them.

TSWS: Okay guys, let's start with "Tell Me". This track has a killer radio alt-rock feel with pop punk undertones and high energy. Where did this track come from?

Tell Me started with half the riff.  A friend gave me the first half and I sat with it for months until I finished the riff.  Then the rest of the song kinda just came out. That song was pretty quick. It only took probably an hour or two to complete and we loved it and new it had to be released.

TSWS: I'm hearing a bunch of rock styles on this track. Who are some of your biggest musical influences?

Oh Foo Fighters for sure.  We are both really into them. But basically your famous rock bands from the 90s and early 2000s.  Nirvana, Linken Park, Metallica, Rage Against the Machine, Nine Inch Nails, Paramount, Green Day, etc.

I wrote and demoed a bunch of songs and brought Anthony in to help pick the best ones and play bass.  We took the best 10 demos and made some minor tweaks here and there and then immediately hopped into the studio. I recorded all the drums and guitars in my dining room and then Anthony did the bass and I did the vocals in the studio. We used Josh Gold in Malden to record/mix/produce the record.

TSWS: What's next for the band?

Interesting question because we don’t even really know to be honest. I’m going to college at Belmont University in Nashville in a few weeks so not much can really be done for the foreseeable future but we will definitely work together again at some point.

TSWS: Now that things are getting much better, will you be planning any live performances?

Unfortunately no because I have to leave in a few weeks for college.

Usually working other jobs.  Anthony works in a restaurant as a cook and I have a lawn mowing business.  Both our lives however are almost entirely centered around music so we are always thinking about it or listening to it.

There is this band from LA called Teenage Wrist that we have really been into. They defiantly inspired our sound and we love their new record “Earth is a Black Hole”.

TSWS: This single follows "Found A Light Today" which was also awesome. What kind of advice would you guys have form up and coming bands out there?

Keep writing.  It took about 6 years of songwriting to get to the point where we are now and we defiantly have a lot of room to improve as we are only 18.  But the only way to get better and get anywhere really, is to just write a ton of songs.  This upcoming album has 10 songs on it but we probably wrote 40 all in all and then just picked the 10 that we liked the best.

We like basing songs off people that we know or things we encounter.   Usually one of us comes up with an idea and we try to associate it with a person or feeling or situation or whatever, and then just go from there.  We firmly believe that the best songs are the ones that come quick and easy.

TSWS: Okay so you each wake up in the middle of the night starving. What's your go-to midnight snack?

We are both huge pizza fans as we both have worked in pizza restaurants so we would have to go with that.

TSWS: How has the whole pandemic affected you as a band?

The pandemic basically started the band.  There was a lot of down time and there wasn’t really anything else to do other than to come up with ideas so that is where the inspiration struck for me and once the songs were written, Anthony came on and we immediately started recording.

TSWS: So when you guys write songs is it lyrics first, do you come up with riffs or is it all done when you rehearse?

Its weird but there really isn’t any one way stuff happens.  I am really lucky to have the ability to play guitar, bass, and drums pretty well so I can understand and write songs from multiple perspectives.  Some of these songs started with a cool drum beat and others like Found A Light Today or Tell Me started with a guitar riff.  Sometimes its lyrics first or sometimes its just a subject that I want to wright about.  Inspiration really comes in different ways.  Then once the song is written, I show it to Anthony and we tweak some stuff.

TSWS: Can we expect any music videos coming from you guys?

Unfortunately, I don’t think we are going to have the time to pull a music video together.

Thanks for listening.  All our lives, its been a dream to get enough people to listen to one of our songs to get it on a Spotify playlist. While this project might not be the one that does it, it still has had much more success than any other project we have been apart of and these songs are the best we have ever written so we really appreciate the love.