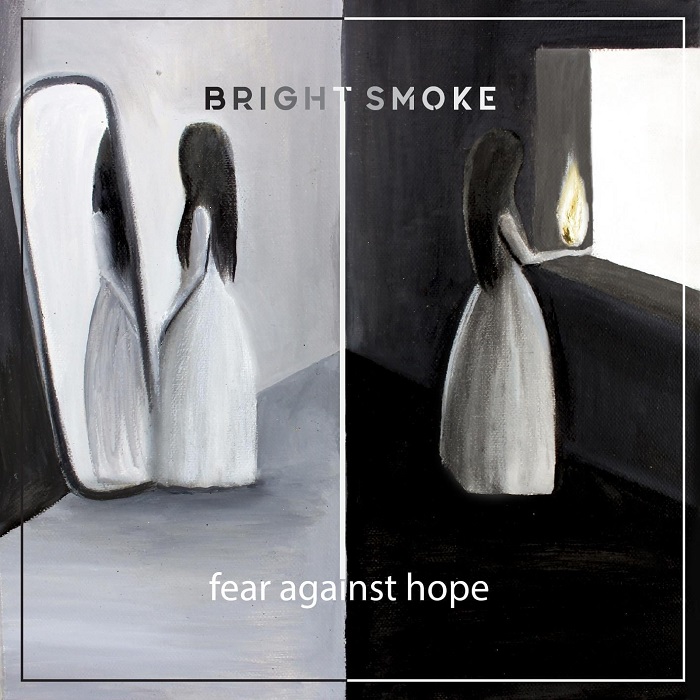 Bright Smoke released a full length alt rock album that keeps true to its roots but hits the pop rock sweet spots with addictive melodies and some melodic guitar work.

The Fear Against Hope album is packed with some outstanding hooks both musically and vocally and the record boasts some alluring and driving tracks that all have a certain sheen to them that really keeps things polished.

The release shines with vibrant and colorful choruses, a hard hitting back bone, and none of it is without some ambient undertones and a huge atmosphere.

Songs come across poppy and anthemic at times as vocals are soulful and and performed a swagger that gives the band that extra edge.

The record comes across massive with some great rock soundscapes, 90's alt-pop vibes, and most songs are fists in the air, sing alongs or jump around the room bangers that you have a hard time not falling in love with.

Bright Smoke showcases a lively and firey style that pulls you in and lets you get sort of washed away with the sound.

Everything about this album is performed with passion and you can hear that heart in the songs as they rock out.

Some tracks feel like they were influenced by classic rock greats while others have that darker feel just beneath the skin.

This record is lyricaly honest and upfront as the band provides a deepening sound that you can get engulfed in pretty quickly.

Plenty of tracks have a strangely soothing effect as vocals are alluring and it all makes you want to see this band perform live.

The arena rock vibe is strong and all in all, the Fear Against Hope album has more than a few gems.

Dive right into this album and take some time for the whole thing because it's well worth a full listen through.

Having said that, there are also some great singles to add to your rock playlists especially if you're a fan of female fronted melodic rock .