An Interview With Calvin Rezen 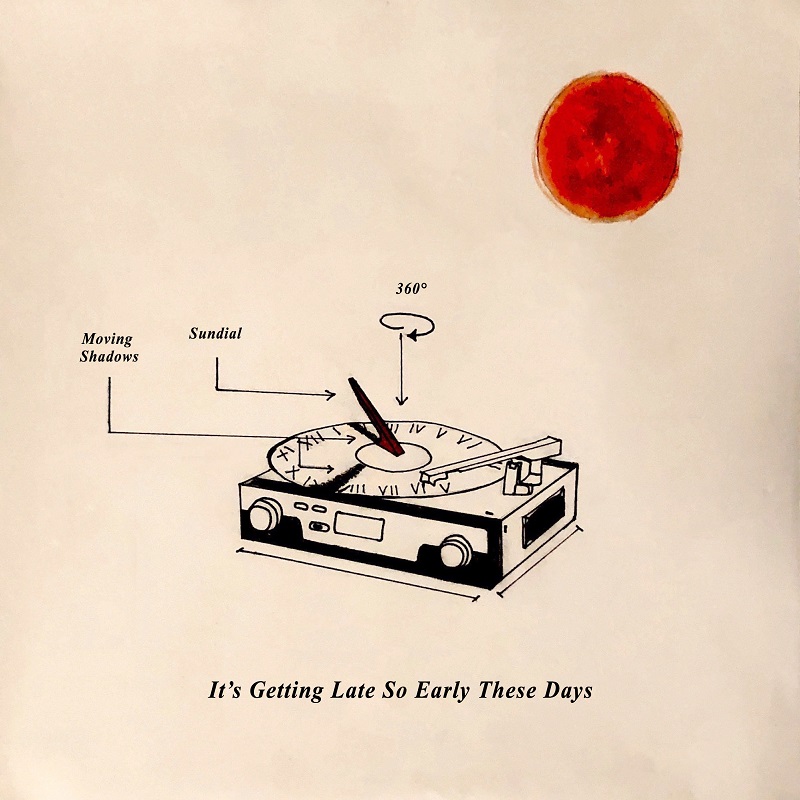 Calvin Rezen just released a new single and it's a theatrical feeling piano pop song crossed with a contemporary pop vibe that brings to mind bands like Beach Boys and Elliot Smith at times.

"It's Getting Late So Early These Days" is a massive opus of a song that utilizes so many classic rock influences to create a genuine track that really digs deep and has a asened feel but a youthful undertone.

Piano rocks in a bopping rhythm while guitars and organs swell and bring a huge atmosphere to the song as it rolls on into a cinematic and almost anthemic tone.

It brings to mind bands like The Beatles and Phantom Planet as vocals keep that indie tone but harmonize endlessly making things even bigger and with all the elements together, it gives the song a sonic soundscape that's very colorful and warming.

The single follows other recent releases like "Cut And Dry" which leans more towards a Morrisey feel with a underground late 80's pop rock tonality that feels good to listen to.

Like a chameleon, Calvin Rezen writes songs in genres that follow how he is feeling at the time and it's a wonderful and impressive thing to hear especially from such a young artist.

With such great releases recently, we wanted to sit down with Calvin and talk shop. Here's how it went down.

TSWS: Okay Calvin, let's start off with "It's Getting Late So Early These Days". This track has a really big and somewhat ambient classic rock influenced feel to it. Where did this song come from?

I wrote “It’s Getting Late” a while ago actually. Late September 2019, which makes sense cause I was in a big transitional period. I had just graduated from college; I was moving out of Manhattan to Queens; I was out of work; out of a three and a half year relationship, and about to turn 23 in October. I felt like time was getting away from me, and I’m a big over-thinker, so that lens was just extrapolated out to the whole world: “There’s a humanity sized anxiety we collectively have from facing the uncertain future.”

It felt almost prophetic when the pandemic hit and all the sudden we were dealing with uncertainty day by day. There’s a glimmer of some kind of zen optimism in this song that became really comforting to me during lockdown. Accepting uncertainty is all we can do sometimes.

I made the music video with my sister Jill (who I also have a side project with called Deerist) The video is a collage of found footage from throughout 2020 which was a nice little nostalgic trip to the recent past.

TSWS: This single has a piano pop style to it and I'm hearing several styles embedded into it. What bands and artists really influenced you?

Yeah, definitely influenced by rock, soul stuff from the early 70s: David Bowie, Bill Withers, Elton John, and some of the early McCartney solo stuff (thus the Beatles-y backing vocals.) Also lot of contemporary music with similar inspiration: Dr. Dog is a huge one, as well as Alabama Shakes and Father John Misty. I had a lot of time on my hands so I figured I could try pull off a little bit more of a production number than my last few releases.

Oh, you know, the usual story: "Kid from Jersey got a guitar and watched too many movies and now he thinks he’s Bruce-fuckin-Springsteen” *eyeroll*

No, so basically, my mom’s a graphic designer with a philosophy major and my dad plays harmonica, so now I’m 24, and I gotta put my ADD brain to some good use, so I play music. Sometimes I write bops.

Oh dear god, I hope so. I love performing live more that anything and no being able to have shows for the last year has been a monumental bummer. I’m an actor and I do comedy aside from music, so I’m used to being on stage at least a couple times a month. It’s been a hard year obviously. I did get to do a socially distanced set on Governors Island last October at the Porch Stomp Folk Festival which was an awesome little taste of normalcy, but I’m super eager to jump back in once it’s safe. We just gotta keep the venues alive!

TSWS: How much of this song did you perform yourself?

Well, I asked Tim Santo, who’s a close family friend from NJ and an exceptional bassist to play on the song because so many of my influences have these really beautiful melodic bass lines that are secretly driving the songs. There’s a lot of moving pieces in the song and I think his contribution really pulls a lot of the elements together. I’m super grateful to have worked with him.

Other than that, I sang and played all of the rest of the instruments ~bedroom pop~ style. It’s definitely a little more dense than your usual “bedroom pop tune” but, you know, I had a lot of time on my hands

TSWS: How do you write songs? Is it lyrics first or melodies? How does it work for you?

Lyrics are definitely always the first ‘eureka! moment’ for me because that’s where the story is, and most of the writing process is figuring out what that journey is; finding the narrative twist or idea chain unraveling. As soon as I get a couple words down though there’s kind of an implied rhythm to it and that drives the music. By the time I’ve establish a few melodic patterns and I’m really in the flow of it, the two come out together. It really should too, it has to feel like one thing.

Usually in the second draft I go back and give a little leeway for the music to drive the lyrics a little or vice versa, but it’s mostly about clarity and story first.

Don’t know if you could guess it from my last answer, but I’m a writer. I write plays and short stories and other short scripts. Also sometimes acting or helping my sister and roommate make movies. So yeah, just a lot of other art. Aside from art stuff  just ~white wine and long walks on the beach~ and occasionally falling down an internet rabbit hole on some godforsaken topic. Last week was “bench clearing baseball fights from the 1980s”. This week, who knows.

TSWS: What are the kind of things that inspire you to write?

Narratives. There's really got to be a beginning, middle and end. A lot of my songs are kind of  “sad/funny” songs because life kind of seems like a tragi-comedy, so it feels like songs that walk that line are really reflecting something very human. I like irony. Also, I just like words, so sometimes I come up with a pun or an image and I want to dissect it in a song.

I’m currently shopping some demos to a few record labels with the hopes of recording an EP in the next couple months, and of course once the things clear up, playing live as much as possible, hopefully as an opener while I’m building the ol’ fanbase. :)

TSWS: What do you love most about doing what you do?

But actually, I just love sharing music with people. Ideas are hard to capture and communicate, so the fact that music is this miracle tool that helps us connect our brains to each other is the coolest thing in the world to participate in. Plus, sometimes you just gotta spend a couple days doing 12 part harmony with yourself, yah know?

“If you listen to my music, as far as I’m concerned, you are a god amongst men and I tremble before you in gratitude. I love you all collectively and individually, and make sure to call me so I know you got home safe.”