An Interview With Camille Miller 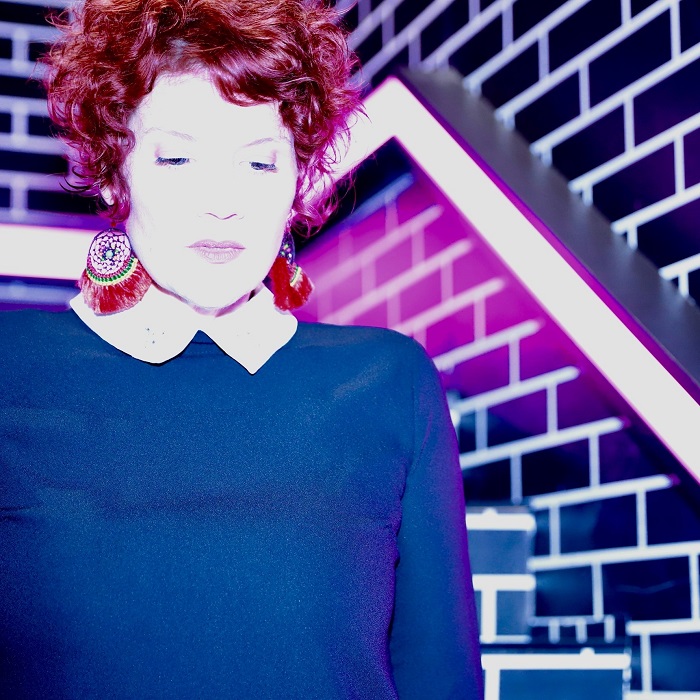 A new release from Camille Miller gives off a sultry pop sound with a massive and anthemic soundscape and powerful vocal performances combined with an ethereal undertone.

"Heart Pain" is an opus of sorts as strings, synths, and heavy handed percussion create a dream world to step into while vocals belt out in passionate aesthetics.

The single is coated in layers of colorful vocals and scattered sounds that fill the ether and bring a building and full atmosphere to it as it plays on.

You can hear the heart that went into the track and the blending of sounds come together to create something cinematic and vibrant.

The song makes you feel like flying through the air with your eyes closed and the wind hitting your face. It's got a power behind it that is addicting and Miller's vocals are absolutely infectious.

The song follows her previous single release dubbed "Nobody's Listening" which boasts a funk soul sound and keeps to her soulful vocals as the main drive but also bings hip hop and an almost theatrical undertone.

This is nowhere near the artists first rodeo either as releases on her Spotify date back to 2002.

It's quite outstanding to hear her evolution in songwriting if you dip back into her library of songs which we strongly suggest you do.

Her sound has grown with her as a person it would seem.

Getting back to "Heart Pain", you can hear her letting it all out and really holding nothing back.

With such a powerful new single, we wanted to have a chat with her to find out how it all started.

TSWS: Okay Camille, let's start off with "Heart Pain". This track has a sultry and bendy vocal sound and a massive cinematic feel. Where did the song come from?

Heart Pain is a collaboration with producer/artist Hangi Tavakoli.Tavakoli wrote the the initial tracks all of the beautiful synths, strings and drum loops are Hangi’s creation. He sent me this track and I uploaded it on to my garage band and created all the vocals and melodies. All of my work is directly inspired by the epic sounds he created.

This is the second track that I have done with Hangi in this style.

TSWS: I'm hearing a variety of sounds on this track. Who are your biggest musical influences?

I traditionally have been inspired by Blues,Soul and Pop/Rock. Over the years I recorded 6 albums 2 Ep’s and three singles, this track to me, gives me flavours of Bjork, Portishead and U.S. Girls.

When I was recording the vocals to this track, I felt as though I were in a movie, or a video…Standing in the middle of a desert, wind blowing, haha, this kind of imagery. I also felt this song to be very cathartic in some way, it gives me a feeling of relief from something. I believe the song is a story and it goes through Ups and Downs and in the end leaves you (me) feeling that something has been resolved.

I started out singing and performing in Victoria, BC, Canada in 1992 after I graduated from High school, and have been doing this ever since. I was a member of a few original bands; The Man with The Yellow Hat and Dr.Tongue and some cover bands; Wunderbread, which was a 70’s disco band and for the longest time LUVSHAK. I was in this cover band for 10 years. We were a corporate cover band playing Bars,Clubs,Casinos and Hotels. In this band I learned how to write songs, by learning how to cover other songs. This was a HUGE part of my education. In this band, I wrote and recorded 3 albums with bassist, Nick Haggar. I learned a lot in my early days from the musicians who I worked with, and I still learn a lot to this day from my colleagues.

Starting in 2009 after getting married, my husband and I moved around a lot while building his business and making babies… during these years I was able to find bands and record albums almost everywhere we lived. These experiences added to the flavour of my compositions and really add to the rich memories I have surrounding all of these creations and moves that we made.

When we came to Singapore in 2019, one of the first people I met was Hangi Tavakoli. He invited me to perform in a local festival and this was my introduction to Singapore.

Over the last two years, we had always kept in touch, and finally started to work together just a couple of weeks before COVID happened…haaahaa, so our initial collabs started ‘virtually’.

This is a different style of music for me, a different genre, and I am grateful for this experience.

I am inspired by emotional events normally.Things that happen to me or my close friends and family, that either make me very happy or very sad/angry. I am also often inspired by one line in a song, perhaps the title, or the first line someone else gives me.

An example of this is the track ‘HeartPain.’

Hangi sent me the unfinished track with this title. Once I heard the music, the title really seemed to fit and this is how I created the melody and lyrics…

I am a Mother of two, a Wife of one, and most recently a Teacher’s assistant at a Reading Centre for primary and pre-primary kids.

TSWS: You've been releasing a number of songs in the past few years. What sort of advice would you have for other up and coming artist out there?

Advice….Never a good thing to give in my experience…But things I have learned or am trying to learn.

Someone is always doing better than you, and there will always BE someone better. So you have to just ignore this part, Social Media does not help much in this part! It was easier when you could only IMAGINE what other artists were doing!

When you put that first or 10th album out, most likely you won’t ‘go viral’…Some do, but most likely it won’t happen.

I am STILL as excited and nervous about every single album, EP or single that I create…I sit and listen to it about 150 times the first day it comes out…I truly believe I am getting close, not there yet, but getting there…( No idea where ‘There’ is…)

Support your local musician friends, share their music, champion them, and they will do the same to you.

If someone signs you, and you record an album for free with them…the work isn’t finished there…You need to work, and fail, and get up and do it again…

Learn some cover tunes, learn how to play them and try to write your own tunes based on some of your hero’s…

Never get drunk before going to Karaoke, it will not end well.

When it comes to the point where you are thinking “ do I make a video, or record an album, or pay for radio promotion…” or “ do I pay for my kid’s school bus”- Pick B, there is time…

You have your whole life to create beautiful songs and SOMEONE is always there to take your money when you are a Musician!! haaahaaa

I would like to record 2 or 3 more tracks with Hangi Tavakoli and maybe put out a physical EP.

I would also like to get back to some Singer/Songwriter tracks where I write about some things that I am feeling…This then would involve a traditional band and recording in a studio that can have all of us together…This is where I come from and how I work best…I am feeling more and more that I generally just ‘want to go Home.’ This feeling has many different connotations, one of them is literal and the other is definitely music based…

TSWS: Do you think you'll put any focus on live performance when the time comes?

ARE YOU KIDDING ME? These definitely are generic questions…lol

TSWS: You wake up in the middle of the night starving. What's your go to midnight snack? (this is a question of character)

Thank you so much to any of you who connect with my music…to those who are fans, it still really amazes me and truly makes me happy.