An Interview With Carter Brady 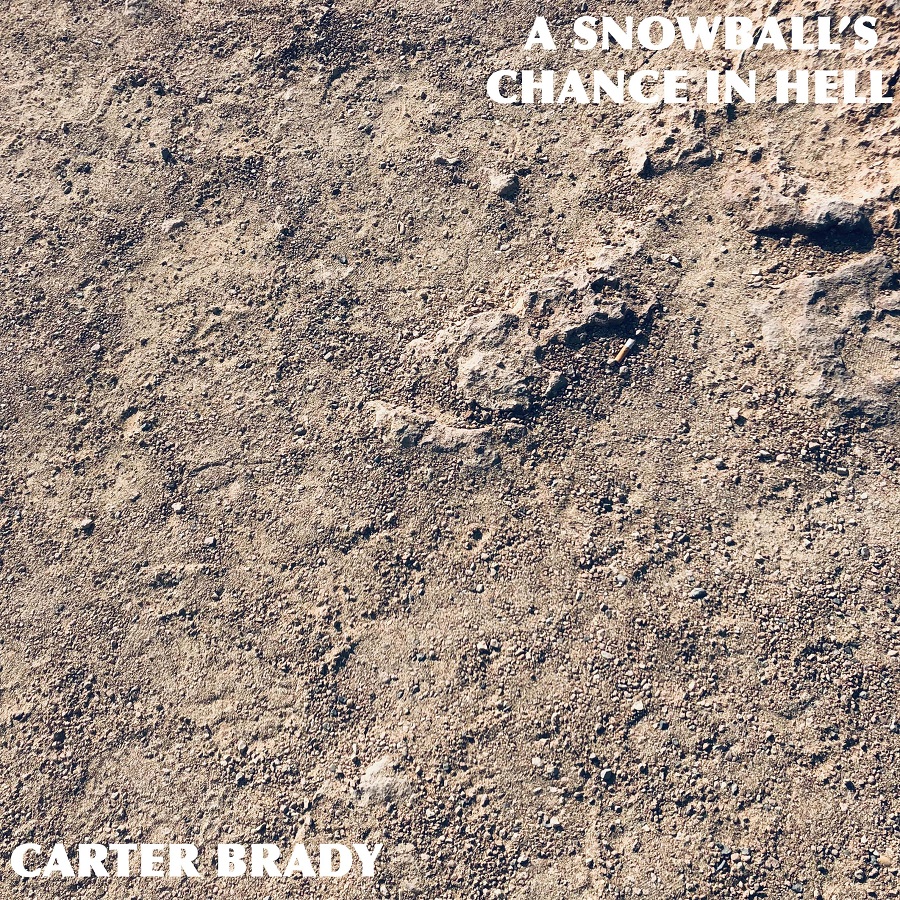 One of the new singles released from Carter Brady dubbed "A Snowball's Chance In Hell" is a catchy pop oriented indie-rock tune that gives a little Weezer vibe and hooks you in quickly as it builds to its massive chorus.

The anthemic feeling single is colorful and vibrant as it rocks on with true radio style.

There is always something new with each verse added on to keep its momentum going although the song is already bursting with energy.

Layered guitars surround you and you get an almost beach style rock at times along with its fuzztone garage aesthetic.

You can tell this was a fun song to create and the riff is addicting and when the chorus comes in it goes to a bright half time style and the melody is really memorable to say the least.

The track is paving the way for another upcoming single called "Chasing Vampires" and the artist already has quite a catalog available to stream everywhere.

With such a killer single we wanted to sit down with Brady to talk about where the song came from and what's next for him.

TSWS: Okay so let's start with "A Snowball's Chance In Hell". This track is a very

grunge feeling at times. Where did this track come from?

Carter: I started working on this one last December, and like most songs I write they tend to

come out of nowhere. I usually start a song with a guitar riff, and this one was no

exception. I had been experimenting with different guitar tones and patterns and found

Pumpkins Siamese Dream sound. From there I started building it and working out the

different instrumental parts and sections in my head, and by the time that was done I

started to work on a melody and the lyrics. I wanted lyrics people could follow along to

and actually listen to. I didn’t want them to mean nothing. I am someone who loves a big

sound, particularly in the guitars, so that’s what I did. I’ve come to appreciate a more

clean tone and style as well, and you can definitely hear that in the very beginning and

in the breakdown section with just the main guitar riff. I overdubbed about 10 guitar

parts in various sections of the song to really get that punchy and powerful rock sound,

so that’s where the more grungy sound comes from I guess.

TSWS: Who are your biggest musical influences really? Who inspired you to do

Carter: I have always been and still am a huge Beatles fan. I grew up going to the Beatles Fest

every year with my Dad in some random hotel in Jersey, and would play their music in

the car constantly. My second biggest influence would have to be Foo Fighters,

because Dave Grohl is probably my biggest idol and one of my favorite musicians. I

ACDC, the Stones, etc. but over time I kind of grew out of that early obsession and

day, Cage the Elephant and many others. Despite my big rock influences, besides

country and mumble rap I am someone who likes a wide variety of genres and styles,

including jazz, traditional blues, and even lofi.

Carter: I started playing guitar when I was 7, so like the end of first grade. My parents thought it

would be a great hobby to try out, and asked my elementary school teacher, Eric Katz, if

he could teach me guitar. He is someone that really inspired and fueled my love of

music and to keep going with it, and he also discovered that I have perfect pitch, the

ability to identify notes without any sort of reference pitch or tonal context. By 4th grade

I switched teachers to Mark Sidgwick, who’s a very accomplished studio musician from

alternative bands. He was the one that taught me the pentatonic scales, how to

improvise over a rock song, and got me in front of a live audience to perform my first

official gig with his adult band. From there, I played in many bands and groups

fundraisers across town that he organized. The summer after eighth grade I started

gypsy jazz, blues, etc. He really began my love and interest for jazz, and is one of the

reasons why I stuck with music in general.

Carter: Yes! That’s coming out this Friday, December 18th so I would love you to download,

stream it and follow my Spotify artist page which is just called Carter Brady. If you don’t

Like A Snowball’s Chance in Hell, this one was based off of a similar guitar riff that I did

that cool octave thing with. It’s a bit more unique I think and has a lot of cool musical

elements that are quite different but manage to connect together. I think it’s the kind of

song that’s built off of arrangements, meaning the verse is very different from the bridge

and the bridge is different from the chorus and so on. I really do think that this is by far

the best song that I’ve ever written, recorded, and produced, and as someone who

TSWS: What's that one about?

Carter: You probably will laugh and not take me seriously, but believe it or not this song, mostly

the lyrics, came about after I had watched a Star Wars Rebels episode. I am a huge

Star Wars fan, and it takes a story from Star Wars based on two lovers who can&#39;t be

together because of the way things are, but someone helps them settle their past

differences and mends their relationship. The “I” is sort of misleading, since it sounds

like they are the person who is speaking to their lover, but also the one mediating the

relationship. But I guess I made it that way so it was more general and to show the

lyrics were more of an aesthetic than a reality.

TSWS: You've got a lot of great releases under your belt. What kind of advice

would you give to other artists trying to get head out there?

Carter: As someone who has released over 5 albums and several singles and EPs from

different bands and my own solo work, I always encourage people to try recording and

see where it goes. In this day in age, releasing imperfect material is not frowned upon

like it used to be. Not that I can relate since I’m only 22 and wasn’t around during that

time. But I consider myself someone who is very knowledgeable about the music

industry and the landscape of different decades of music. Therefore, my advice would

just be to stop thinking about what you’re going to produce, write or whatever and just

do it. Since I am mostly doing this as a serious hobby, I care less about it all and just

make and release music that I enjoy and am proud to share with people. While I have

learned my lesson, from now on I have told myself I am going to try to focus on making

and punchy and powerful guitars and drum sounds.

Carter: Like I said, music for me has always been a serious hobby, so even though it would be

cool to become indie famous and get to tour and be under a label, I probably will go to

graduate school and/or find a steadier job in digital media or something. However,

and music jobs, I have had more time to spend making music. Because of this, I have

album for this next year and see where it goes. I have recently been hustling and trying

to get the word out about my single Chasing Vampires as much as possible, since I

it do well on the indie scale. Even though I’m not going to take it professional, it would

royalties for years to come.

Carter: Since high school, I have been an avid basketball dunker, and love to make videos of

my friends and I dunking. That’s what inspired my love for video editing, and since then

college athletes and some of the biggest names in sports. I also have three siblings so I

have spent a lot of time with them especially during the pandemic. Because music is not

my full time job, I mentioned I have been working locally for a music management

remotely. I also worked a few games this past fall for the Yankees Entertainment and

Sports (YES) Network, which I have been doing periodically since the end of my

TSWS: Before we go, what do you want to say to fans?

Carter: To the fans that have supported me since the very beginning and over the years, I just

me to succeed. It is never too late to start listening, and while I firmly believe that there

great musicians and artists out there, I do think that I have many unique and stylistic

traits that separate me from a lot of artists. I encourage you to tell your family and

YouTube, and other sites where my music is on. Once again, my new single Chasing

with family and friends, work colleagues, and anyone else who you think might enjoy

checking it out. If you are someone who likes the indie rock genre, it looks like you are

about to have a new artist to listen to! 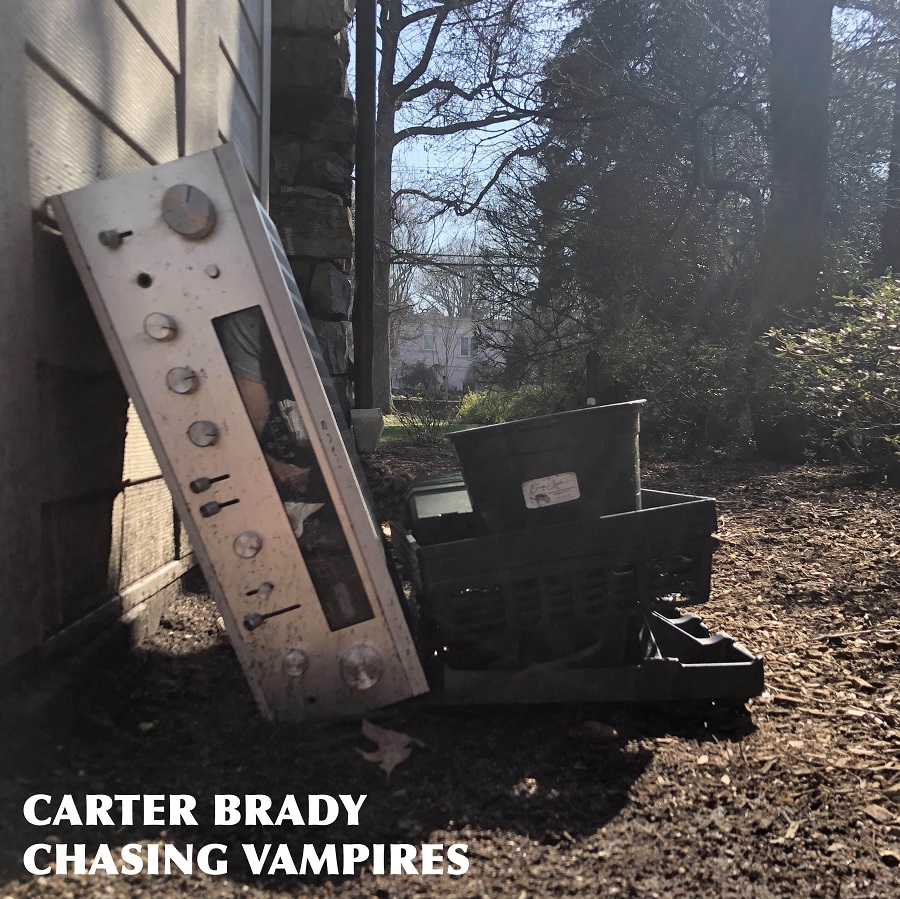