An Interview With Chad Miller & The Good Fortune 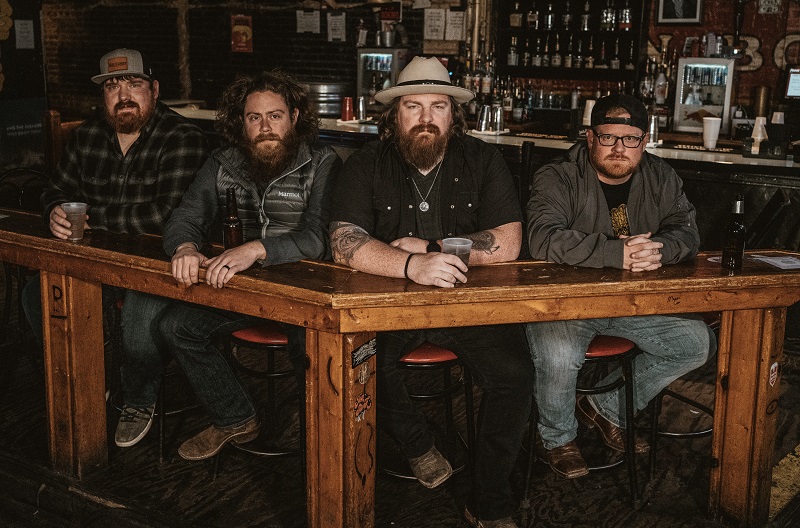 The latest self titled album from Chad Miller & The Good Fortune is a southern rock powerhouse with a colorful array of songs, a ton of soul, and classic rock influenced passionate performances by all.

From guitars to vocals, you can feel every note on the record as it's completely filled with life and songs breathe as they rock on.

Tracks come through strong from ambient cinematic ballads that tug on the heart strings, to Americana rockers that paint pictures with words.

The album has such a bright and vibrant set of styles and most have a heavy radio friendly feel to it.

You absolutely get hooked on the vocal approach and storytelling along with the band's energy.

You can hear the entire outfits love for what they do on this record in the performances alone.

One of the great things about this band is that if you love even one song, you're bound to love them all as they all have this staple tone to them that sets the mood within seconds flat. This is part of why you get so involved with the music so early on.

Choruses are super addicting and really are infectious and have you thinking of them long after the record has ended.

With such a killer release, we wanted to have a talk with the band about where this all came from.

TSWS: The record has a real country tone to it but also has some edge and a stron radio style to it. Where did this record come from?

A: Well, I wrote every song on the record. My brother, our drummer, Jody Miller, helped with some of the writing, too. We recorded it in an amazing studio in Amarillo, Texas. My band and I played every note on the album without hiring anyone outside the band. We wanted the album to feel as much like our live show as possible. Our producer, Steven Dolezal, really put in the work and pulled the absolute best out of us for this on every song.

TSWS: This was a massive album. Did it take long to complete? Were you happy with it in the end? (you should be)

A: This was our first project like this. In the beginning, it was going to be a 5 song EP. I hit a good run of writing, while we were in the recording process and actually wrote 6 of the songs that made the album, while we were working on getting the first couple recorded. Once we heard the first couple of songs, I knew we had to get as much magic as possible, from the situation we had, and we changed direction and decided to do a 10 song album. Over all, it took a little over a year to get the final product, but we couldn't be happier with it.

A:My parents. They have always loved music and have always gone dancing and to concerts, even to this day. My dad played guitar when he was younger, so when I was a kid, there was always one around the house. When I was about 10 years old, I asked for a guitar for Christmas, and my brother asked for drums. From that point on, it's always been our plan to play music for a living.

A: It's a cliche answer, but everything. I like writing with catchy hooks or phrases, so if i get a phrase stuck in my head, I can make up a story or situation around it and hopefully find a melody that suits it. I have a really solid family and an overall amazing life, so I am definitely not the "tormented" songwriter, but I love taking stories and situations that I hear about, and put myself in those situations, and see if there's something there. There's a saying that goes something like "You have to write 100 bad songs to get 1 good one." I don't subscribe to that notion. I'm sure I've written bad songs, but I don't aim to write a bad song. If I have something to say, I try to wrap it up that best way possible, and hope it translates to the listener.

A: Probably playing with my (3) kiddos, or hanging with my wife or brother. I have a great family. If I'm not doing those things, there's a good chance I'm either working on booking, playing guitar, or some other aspect of this job.

TSWS: It feels like the album was a pretty big undertaking. What sort of advice would you have for up and coming artists out there?

A: I'm not sure I'm qualified to give anyone advice. I definitely don't have everything figured out! But I have learned a few things. I take most things people say with a grain of salt. There's a lot of people that'll tell you what you want to hear, especially when money is involved. Also, I've seen that the main reason someone with talent doesn't make it, is because they give up. Don't give up. This job is a grind, and it's not always an easy one. But if you can hang in there, keep doing your thing, and find your people, you can make a decent living playing music.

A: Things are definitely starting to pick back up. We adjusted how we play gigs, at least locally, during the last year, and if it weren't for bar & grill type venues, acoustic shows, and private parties, I probably would've gone belly up. But as humans, I feel we have an inherent need to socialize and our favorite way to do that is with some form of music. We did some live streams during the full-on shut downs that helped us fill that void of connecting with our people, which was fun, but the live shows are where it's at. We have some really cool stuff on the calendar coming up, if it doesn't get shut down or canceled again, and I can't wait to get back to normal!

A: Plains Chocolate Milk. It's the damn best.

A: Most of all, Thank you. Maybe now, more than ever, it's so clear to musicians that without support from the people who enjoy the music, making a successful life as a musician is not possible. So, thanks for everything, and be on the lookout for new tunes from us this summer.