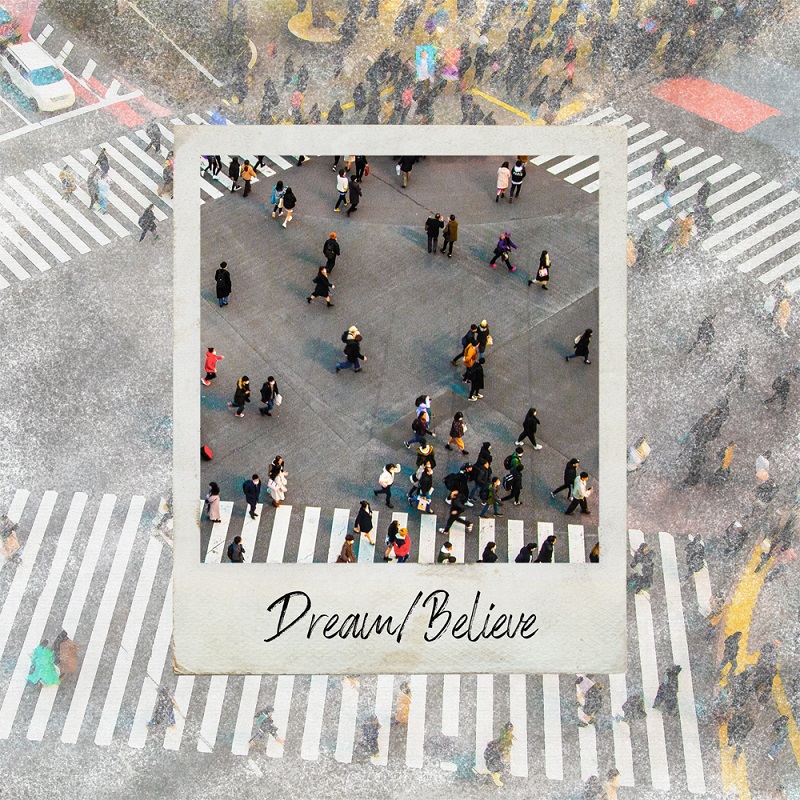 A fresh new single released from Chad Steele is a bright and colorful pop song with heavy keys and a smooth sheen and polish that comes through as the song unravels.

"Dream/Believe" is lush with layered keys and organs and a high energy style to go along with the song's vibrant vocal phrasing and tone.

The track boasts a real inspirational feel and a youthful power that becomes quickly alluring and fun.

This single does feel alive, living and breathing as it plays on and you get into it's hard hitting groove and major gusto.

There is a ton of heart that went into the creation of this track and it's obvious Steele absolutely loves what he does best.

The accompanying music video for the song also shows the artist's raw energy and presence as he walks through city streets bustling with people and performs his song with not a care in the world.

There is something nice and freeing about the song that really sinks in and makes you want to go back and replay it again a few more times. It's that infectious energy.

"Dream/Believe" is  a brand new song and is released in anticipation of another single called "Kyō" to be released in March.

Having a peak at "Kyō" we can tell you it's got a different feel and is a duet that really shows another side of Steele and his songwriting ability.

Chad Steele is really showing his knack for writing catchy songs and is beginning to pave his way in the pop arena with these releases.

The music video for "Dream/Believe" is below, enjoy!