An Interview With Collision Course 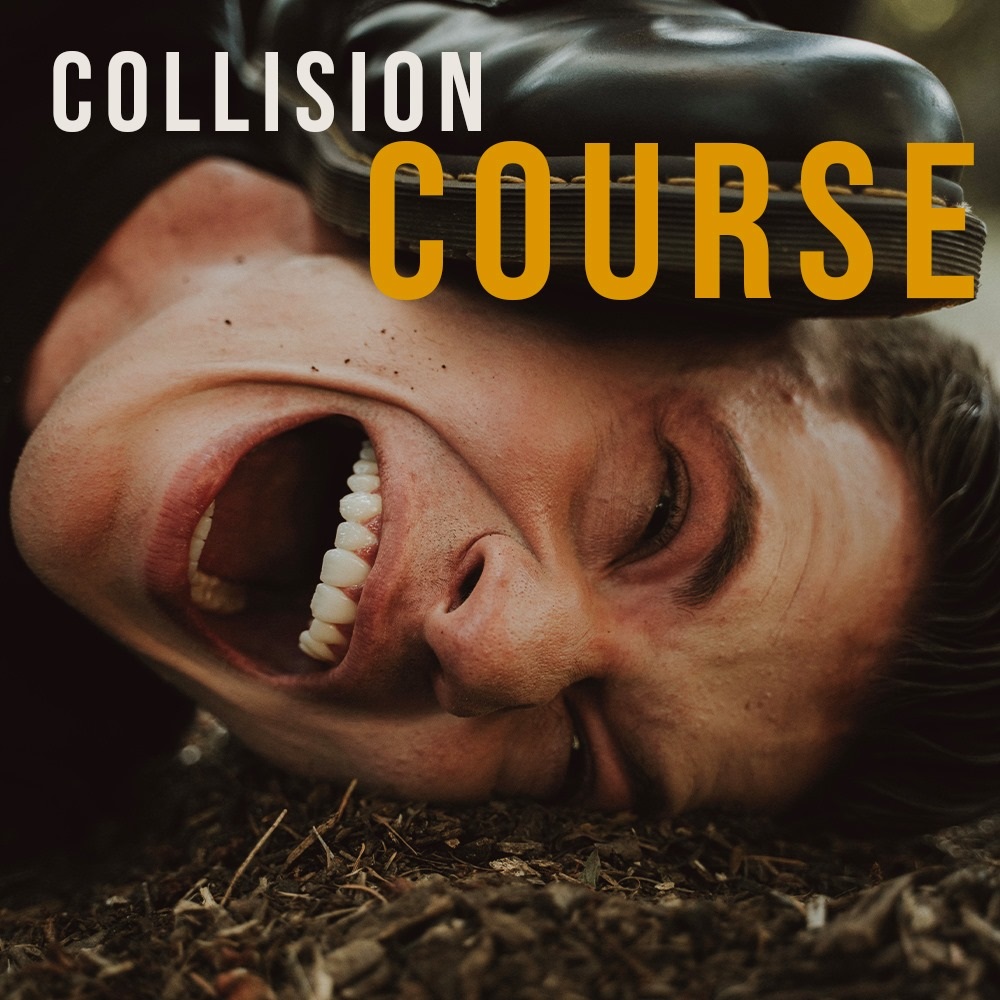 The track has a mammoth chorus reminiscent of popular songs you've heard on the major rock station in your city. Though it's got that familiar feeling, it does breathe some new life into this particular style of rock music.

Masterful guitar work and production combined with synths and sonically pulse pounding sound, "Run" sets the stage for Collisions Course and their entry into the rock arena.

Insanely addicting and powerful, this one hits hard and has a fresh and almost futuristic aesthetic to it.

Vocally soulful and perfected, this was built to hit airwaves and it damn well should.

The accompanying video is also fun to watch especially when the lead guitar solo comes crashing in.

We had to sit down with these guys to have a chat about the track and more.

TSWS: Okay guys, let's start with "Run". This track has a lot of energy behind it. It's combination of alternative rock and electro-rock is killer! Where did this track come from?

CC: Run was kind of a funny track, one of those studio bliss moments, we had actually intended on recording another one of our songs when we decided to switch last minute and go into the deep end on a new riff we were working, it was just one of those things that “just happened” and the song was born. I think lyrically, Anton had the concept before the song was even written, and when the tune came to be, the lyrics just flowed. Kind of awesome when something like that happens.

CC: The band originated in Dawson Creek, British Columbia. Anton originally had started the band up there and re-located down to Vancouver. Over the course of the year, we built into the line-up we currently have now, a lot of auditions and past members got us to where we are today. But for most of us as well we have all been playing from a young age, we were just a bunch of guys looking to do something original in the area.

TSWS: I love the style combinations on "Run". Can you tell us what bands really influenced you?

CC: Run was a great example of all of our influences translating well. As a band, the 90’s hard rock/grunge movement really comes through with what we do, hell it was what most of us were raised on. Bands such as Queens of The Stone Age, Nirvana, Soundgarden, Tool, Alice in Chains. When writing “Run” we were really trying to broaden our sound and add more modern dynamics to our mix. I remember listening to a lot of the big drum and bass bands (Death From Above 1979 & Royal Blood in particular) and the way they added all these textures with their use of pogs and octave generators. There’s just something about that bend before the chorus hits that lets you know you’re in for a ride.

TSWS: Do you think you'll be performing live when the time comes? Did you play shows before the whole pandemic?

CC: I can’t tell you how eager we are to play again, it’s pretty crazy to think of the state of the world right now, so when the time comes, and everything is safe once again we will gladly take the stage back up. We were gigging quite a bit before the pandemic hit but the biggest hit to us was, we actually had a sold-out show in downtown Vancouver the night they announced the pandemic, that sucked but what are you going do, right? All we can say is we're eager and trying to be productive in our downtime.

CC: we’re always working on music! But seriously we’re pretty big players and have been playing for years, we find we’re always fiddling around in our downtime. Some of the guys are pretty big on skiing and snowboarding and usually hit the slopes in the wintertime. In a not so distanced time, we like to hit some of the local East Vancouver breweries and grab a pint or 3!

TSWS: What do you think will be next for you guys?

CC: We are currently focused on getting our new tracks out to the public, right now we have just released “Run” but we also have 2 more tracks coming out in the new year, our next single “Crawl” is set to come out early February! Besides that, it’s hard to say when we could contemplate a tour at this point but it’s definitely on our minds for when the pandemic subsides. We’ve had a lot of great press and traction in the U.K. and Australia so it’s definitely on our list to go play some festivals and events down under.

TSWS: What kind of things influence you that are not musical? (movies, art, life etc.)

CC: a big influence for us is our day to day lives, we as a band like to write music based on our situations, scenarios or feelings. We find that when we go that directions the songs just pour out. I find myself being profoundly influenced by nature and the emotions you can find in the wild, from thunderstorms, to forest fires. There’s an attitude to the way the world reacts to its surroundings and it plays a key role in how we react.

CC: We’d just like to say thank you all for your support and dedication, especially with the upcoming debut release and singles, it really means the world to us to be able to share our songs with you guys and give you all a glimpse into what Collision Course is.