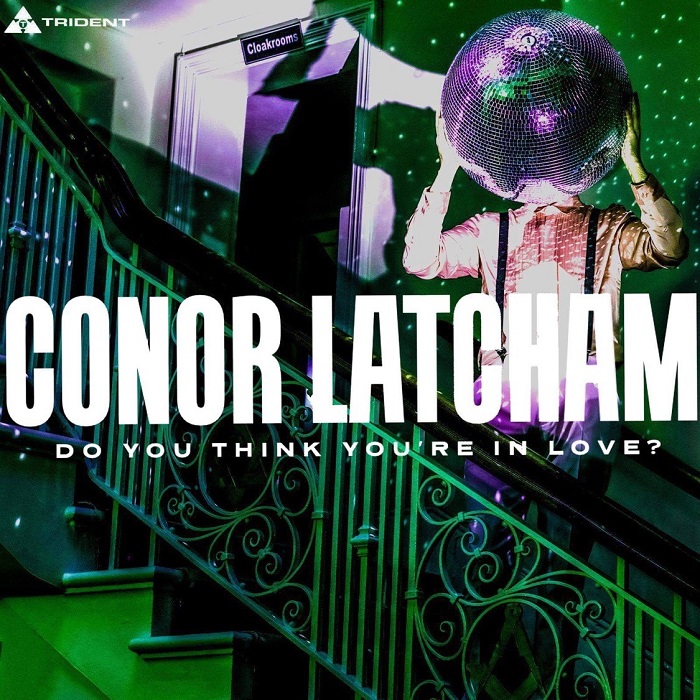 Conor Latcham just released a fresh banger dubbed "Do You Think You're In Love?" and it's an absolute disco pop party complete with retro synths, musical swells, and vibrant vocals that give the song a sparkle that's tough to top.

The single has swagger and an addicting radio pop feel as keys roll on, guitars pluck, and the song changes and morphs as layers peel back and that bassline walks on.

The energy is outstanding and brings a gusto that has the air of youthfulness alongside that catchy chorus that you'll find yourself singing in your head hours after the song has ended.

This single hits all the pop tones and you just try your best not to start shaking your ass, dancing around your living room, or getting down with this groove in some form. You can't stop it. It's infectious to say the least.

This is an example of a single that you can play at a party for sure as its level of pure fun and fel good vibes are heavy and impactful.

The best part is that because of that disco sound the track really is killer for almost all ages. Kids will love it, teenagers will love it, your mom will likely love it.

This outlandishly exciting song is something you might hear everywhere soon. It's got enough character to get big.

A young songwriter that can really perform, record and write singles that feel like they belong on the airwaves, Conor Latcham is one to look out for this year.

We can only hope we hear more from him soon.