An Interview With Daniel In The Dark 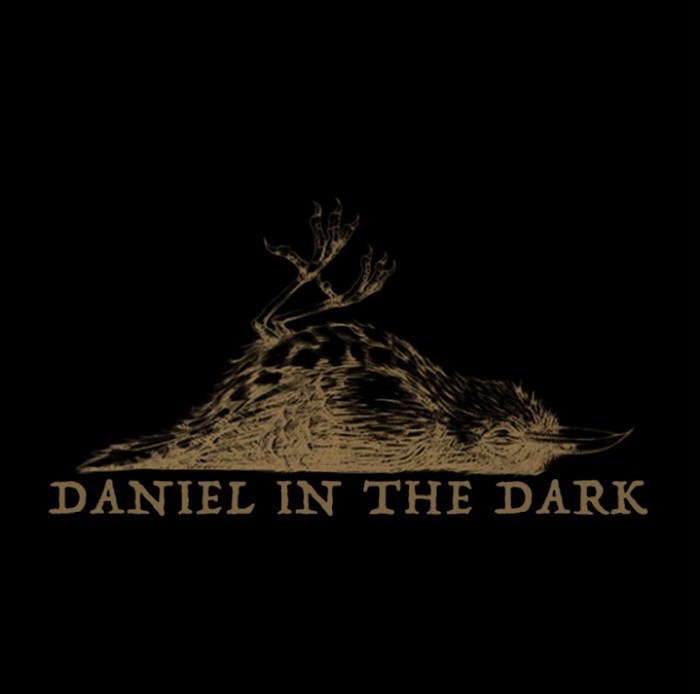 A new double sided single release from Daniel in The Dark hits that desert rock vibe with fuzztone guitars, swing rhythms, and a load of youthful energy.

"Long Climb" is the side A and it swims with affected guitar sounds, and flowing vocals with an incredible range of notes and a hard hard hitting chorus that sticks with you hours later.

Layers of guitar work fill the ether of the song and creates a unique atmosphere as you get engulfed by the tracks swagger and style.

At any given time there are melodies that embed themselves in your brain and the song boasts a killer alternative grunge crossover sound at times.

The single is packed with harmonies and a bright and perfected sound that brings all the hooks you can handle.

The second single is dubbed "No Help" and it's got even more flair to it as the hook starts right at the top and you find yourself moving to the song's groove and spanish guitar undertones.

These songs have a staple sound that Daniel In The Dark has claimed as his own and it's completely addictive to say the least.

Fans of Queens Of The Stone Age will fall in love with these songs at first listen.

With such a great release, we wanted to have a chat with Daniel In The Dark to find out where it all comes from.

TSWS: Okay so let's start with "Long Climb". This track has that fuzz undertone along with it's alt rock feel. Where did this song come from?

DITD: A lot of my writing starts with bass guitar and then it kind of morphs from there. With Long Climb, I wanted it to start off very chaotic and wind up lots of tension before releasing into the verse. The bottle of cheap wine I drank while working on it probably deserves most of the credit. The song was mostly made in one night. When I woke the next day and listened to it, I thought, “this isn’t complete shit.” So, I worked on it some more.  This is pretty much my standard writing process.

TSWS: I'm certainly hearing some great rock styles in here. Who are your biggest musical influences?

DITD: I’m all over the place with influences. I learned guitar as a kid by playing along to The Beatles, Led Zeppelin, The Doors, Peter Frampton, Jimi Hendrix, and Seattle bands like Soundgarden, Alice In Chains, Nirvana... When it comes to vocals, I’m a big fan of Jim Morrison, Neil Diamond, Mike Patton, and Jeff Buckley.  I’m a huge Radiohead fan, but I don’t think my sound inherits anything from them. I don’t think I sound much like any of the music I listen to. I’m not sure how that is.

TSWS: Are you playing all the guitars and singing on this as well?

DITD: Yeah, all the instruments are me. It’s easier to write and record at 2am in your underwear without offending bandmates if you don’t have any bandmates. My dog is present, but he doesn’t judge. Actually, I think he does judge, because he’s smug and pompous.

DITD: It’s been a very long road with a long break between the beginning and now. Years ago my brother and I moved to LA from Michigan—I dropped out of high school. He sang and I wrote all the music for a band we formed. We got discovered by Jeff Timmons from the boy band, 98 Degrees—weird match, I know. He was developing us and arranging for us to perform showcases for record labels—back when that was a thing—and then 9/11 happened. Our drummer was from New York and it really hit him hard. He left the band to go be with family in New York. Shortly after, my brother and I met John 5, who was playing guitar for Manson at the time, and he had my brother sing on a solo project he was working on. It was being produced by Bob Marlette, who has produced bands like Seether, Avril Lavigne, Ozzy Osborne, Rob Zombie, etc.  Bob heard some of the new stuff my brother and I were working on and immediately took us into the studio to record. We got four songs into the album before realizing it was a horrible time to be a new rock band—nu metal was all the rage and we weren’t really fans. We felt like we wouldn’t be relevant. So, we quit. People thought we were pretty crazy, but I think we chose wisely.

Several years later I moved to NYC and started dabbling a bit with writing new music and playing small venues, just me and guitar. I had a daughter in 2016 and ended up raising her on my own for a good while. In early 2019 I came to LA so she could see her mom and things went a bit awry and I ended up stuck here due to a wild debacle in family court. I figured since I was in LA again, I might as well do music again and make the best of my situation. So, for the past two years I’ve been chipping away at writing for this new album.

TSWS: What's next for you as an artist? Anything new in the world even now?

DITD: I’ve taken my sweet time working on this album. My first priority is getting my music out there and finding an audience. The music business has changed a lot since I last partook. It used to be about playing out and building a following that way. Now it’s all about social media, I guess.

DITD: Since there’s finally an and in sight for the pandemic, I’ll be scouting for musicians to form a band and play out. Putting a band together is like dating—a total shit show.

DITD: When not shopping for cheap wine at CVS, I am hanging out with my Siberian Husky, Shasta, and partying hard with my 5 year old daughter. I’m teaching her drums and piano so she can one day become a rock star and afford a top notch old folk home for me. Life goals.

DITD: The new Tomahawk album has been on repeat. Otherwise, I’ve been listening to mixes of my own songs so I can wrap up my album. I’m looking forward to not listening to my songs anymore unless I’m playing them live. Tame Impala, also always a good pick.

TSWS: You've accomplished quite a bit with your releases so far. Any advice you would have for other up and coming artists out there?

DITD: If you’re spending more than $8.99 on Cabernet, you’re destined for failure, both as a musician and in life. Spend money on music gear and promoting yourself, not fancy $15 wine. I’m not sure what will happen when I release my full album, so I don’t want to give advice just yet. I’d hate to get sued by artists because I guided them to ruins.

TSWS: Now that things are slowly but surely getting a bit better, will you be focusing on any live performances?

DITD: Definitely. Connecting with a crowd in real time is what it’s all about. And venues usually give bands free drinks, so...

DITD: For me, music is therapy. I have to write, otherwise I’d go nuts and probably become an ice cream truck driver—no offense to any creepy ice cream drivers reading this. I’m very grateful to have found such an outlet to help keep me somewhat balanced psychologically and emotionally. As long as I still cry at the end of Titanic, I know I’m still okay.

DITD: Because my music is therapy to me, having others connect with it is very meaningful to me. It’s like a big squishy hug.

Daniel in The Dark Spotify

Daniel in The Dark LinkTree