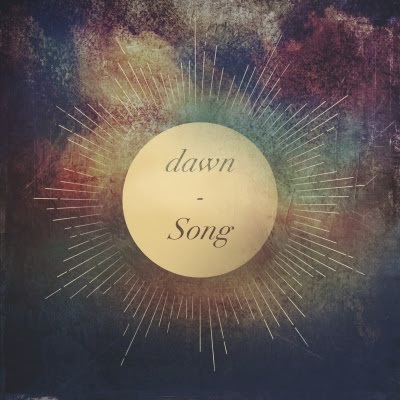 A new album release from Dawn-Song displays a beautiful and picturesque journey through layers of neo-folk and progressive cinematic songs that blend old school and fresh songwriting together to create something addicting and warm.

The for Morgan album is quite a beautiful one and touches on artists like Nick Drake at times vocally as it's all performed with a sultry and calming feel.

The record feels like a concept album and songs seem to flow into each other like water surrounding you.

This is a very engulfing record and it is indeed an in depth one to say the least.

for Morgan is personal and can really wash you away as the sounds float through each songs ether complete with distanced guitars, and musical swelling that gives the feeling of a film score.

Songs can be quite moving and there seems to be some pleasant surprises a lot of the time but you do get a wonderful feel for the staple sound of the band and their unique songwriting style that makes them seem like they are in a small room with you playing just for you.

This is part of the band's allure as well. The live feel of the songs.

These tracks are breathing and keep you addicted but soothed most of the time.

Dawn-Song has a particular warm and fuzzy feeling to it as they fuse indie-rock and classic rock with everything they do.

There are little sections of progressive rock peaking through and these guys know how to get you so involved with the songs that you need to sort of shake it off when it's all ended.

You actually feel like you've just watched a deepening movie.

Dawn-Song has really put their all creatively into this and you can hear the heart in every song.