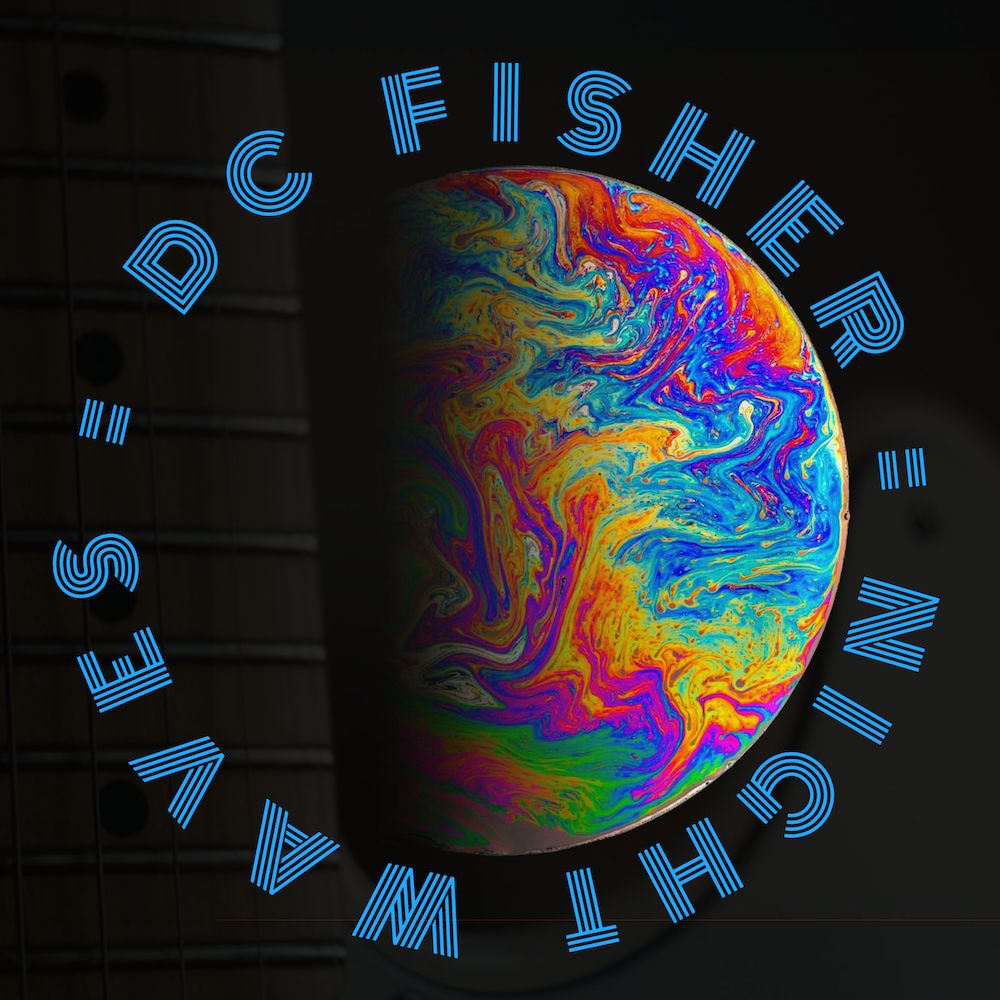 The new full album release from DC Fisher is a wonderful series of reggae rock jams that feels like hanging out on a tropical beach. Waves crashing in the distance, and all the grooves to keep you dancing non-stop.

Night Waves is full of killer hooks and tons of blues infused guitar leads along with rolling bass lines and heavy handed drumming with all the soul you'd want from such an in depth jam record.

Growing organs, layered guitars and creating a certain atmosphere throughout the whole album is the name of the game, and Fisher plays it well.

The band is built of seasoned players who obviously do it for the love of doing it.

This was a damn fun record to make. You can literally hear that with each and every song.

So much of this would b e great for film & TV and you do get the feeling you'd love to see them perform live.

One thing is for sure. You won;t be able to sit still. You'll be shaking your butt in your seat even if you're driving along listening to this record.

With such a killer set of bangers, we wanted to have a talk with DC fisher about the album and more.

TSWS: Okay let's start with the Night Waves album. This has so much reggae rock influence and definitely varies and combines genres together well. Where did this album come from?

DC Fisher: Thanks for noticing! A lot of this album is reflecting my love of soul and funk music going back to bands like Booker T and M.G.s and Parliament/Funkadelic. I'm a sucker for a funky drum and bass hook. As far as reggae/rock that's definitely a part of it too. I live on the Jersey Shore where there is a huge beach/surf culture and we play a lot of reggae and calypso music with our bands Uke & Drum and SUNDROP.

TSWS: I hear some classic rock influence in there as well. What bands and artists actually influenced you?

DC Fisher: I grew up in the era of classic rock radio so artists like Joe Walsh and Pink Floyd are definitely drilled into my subconscious. As a teen I was big into the band Phish and began listening to more jazz and jam bands like Galactic, Medski Martin and Wood and guitar players like Grant Green and John Scofield.

DC Fisher: Good question! I grew up surrounded by musicians and eventually got my first electric guitar at age 12. That basically became my identity and I put all my time into practicing and playing in local bands. I also studied jazz performance in college.

TSWS: Did you used to play any live shows? Will you be focusing on performing live when the time comes?

DC Fisher: Definitely! I typically play about 50 shows and events per year, mostly in the warmer months. Covid has put the breaks on that industry but I am stoked to get back to live music, hopefully spring/summer 2021. All our live dates will be posted on the website at www.fisher123.com

TSWS: What kind of guitars do you play? Fav brand?

DC Fisher: For "Night Waves" I played a Fender 50's vibe Telecaster and a Hofner "Beatle" bass. The Tele is basically the first solidbody electric guitar produced and sometimes they just get things right the first time. I usually play through a Fender twin amp and use stompboxes for my effects. In the studio the amp sims and effects from Apple Logic also come in handy so for this record there is a mix of guitar amp and pedals and all "in the box" effects.

DC Fisher: Wow, I'm just excited to share my new music for now. The band and I will be starting rehearsals for summer shows after the new year and also I will be playing guitar in a pit orchestra for an off broadway production of "Mamma Mia" this Spring.

DC Fisher: Music is really my passion so when I'm not playing I also do some studio production and lessons from my home studio Central Avenue Productions in Island Heights, NJ. I like to record, mix and master music so when I get the chance that's what I'm most into.

TSWS: What sort of non-musical influences do you have?

DC Fisher: I guess my biggest non musical influence would be nature. I'm also a big fan of art and love to visit museums like the Met and MOMA in NYC and Philidelpia museum of art. I have a few friends that are painters and photographers and it's always fascinating to check out their work.

DC Fisher: Thanks to my friends and family that help me stay creative and all the musicians and venues on the Jersey Shore. We are all having a hard time without gigs so it's nice to remember we have a community of "Jersey Strong" artists and patrons. For my fans, or those that are just checking out my music for the first time, THANK YOU! I can't wait to see you in person or at least on social media, feel free to look me up!