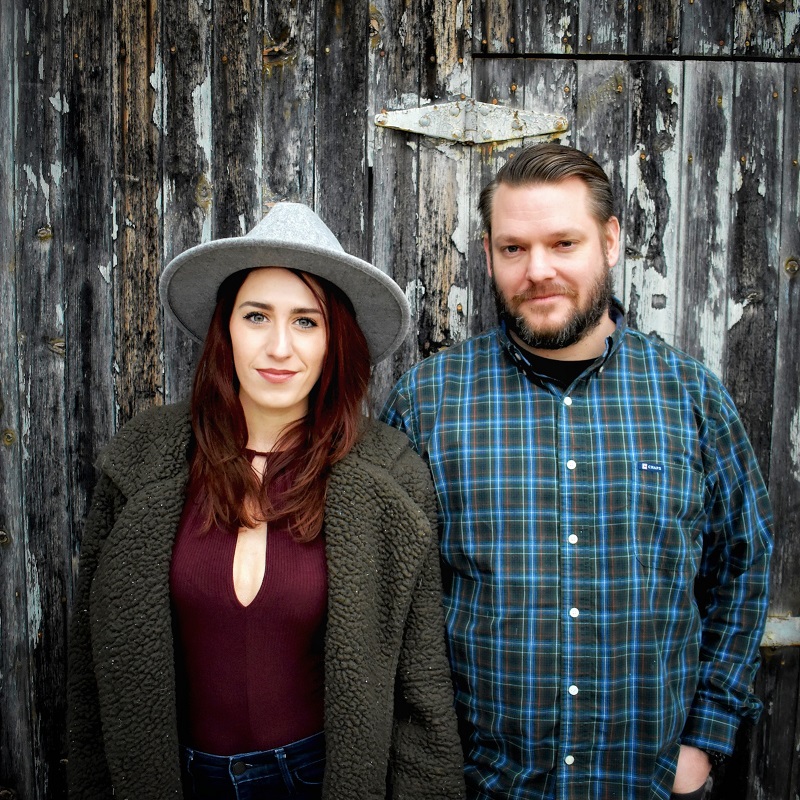 Deerfield Drive tugs at your heartstrings with a new indie-folk track that plays out like a lullabye and floats you along its ether without letting you go until it's over.

"Finally Came Home" is a beautiful and poetic track that builds and bleeds cinematic attributes and feels from beginning to end.

The single whisks you away into its swarming sheen and wonder as it feels like the song is just for you and the vocal melody really sinks in and sticks with you pretty much forever.

Choruses burst into emotion and color as the whole thing has a certain energy that feels like a fantasy and starts creeping into an alt rock feel with Veruca Salt backing tracks and guitar hooks that are essential to the song's life force.

This is a track with layers but keeps it somewhat simple and polished as it's job is to move you. And that it certainly does.

This is a personal song that came from someplace of experience and drawn from a raw feeling and situation and all of that comes through heavily on the track itself.

THer is something completely warming about the song. Almost like it starts someplace else and ends up somewhere more comfortable. Maybe it's because of the song's premise and message. Or maybe it's the sound.

Either way it makes you think. It makes you feel. It has a power behind it that is purely emotional and as it tells its story, you get attached and put it into your own perspective.

You start thinking of your own life.

It's not very often a song can provoke like that but Deerfield Drive manages to pull it off without a hitch.

Released alongside another new track called "Up To Something", this band is proving they have plenty to offer up in the way of swaying folk music with a touch of edge.

We wanted to have a little talk with the band to find out more of where this all started for them.

TSWS: Okay so let's start with "Finally Came Home". This track is an honest and up front, beautifully woven single. Where did it come from?

This song is where it all began for us. Justine navigated through really difficult trauma from her childhood abuse this year and it was this song she wrote as a way to heal and make a declaration of strength to move forward. When she approached Brandon about wanting him to write the music for it and collaborating it felt like magic, everything clicked and 2 hours later we had our first song.

TSWS: I can hear some different styles in this song. Who are your actual biggest musical influences?

It all started during a jam session and the creation of what is now known as "Finally Came Home." We knew we were onto something, things just came together song after song within hours discovering each layer and it was a matter of how deep we were able to go into hard experiences and situations and pull out relatable, heartfelt melodies and lyrics.

TSWS: How do you write your songs? Is it lyrics first or guitar parts? How does it work for you guys?

For us it can happen two ways. For our first song, Finally Came Home, Justine wrote the lyrics first and once Brandon heard the melody he magically comes up with the perfect music. Most times however Brandon comes up with music and after Justine listens to it 20-30 times she just writes and together we tweak what is needed and add all the elements. Everything you hear in our tracks from all musical instruments to background vocals is the two of us which makes it very intensive yet rewarding.

We are so uniquely inspired by our desire to feel connected to others. Music has been such a rock for both of us growing up and got us through difficult times while allowing us a positive area to channel our anxieties, life transitions and overall feelings. We want to create something real that someone listens to and feels deeply.

TSWS: What are each of you doing when you're NOT working on music?

- Justine is an entrepreneur and always working on one of her many projects and goals. She runs a podcast called courage Queen focused on personal development and improvement, she is a professional makeup artist under the name JM makeup and bridal, and a team leader with Mary Kay. She's married to her true love and they split their time between here in Rochester NY and They're getaway lake spot in Michigan.- Brandon has his solo music under the name  A R M E S which is a little darker and heavier. He's a and father of two, works in IT for the government, serves in the Air National Guard, and an avid artist and music / vinyl collector.
What's next for you as a band? - Our goal is to prioritize songwriting. Creating recording and producing as many of the best songs as we can throughout the rest of this year. Live shows are on the agenda as well when it's safe to do so and we hope to have a larger collection of original music when that time comes.

Yes! We're looking forward to getting out there and making our debut in front of everyone. There's nothing quite like performing.

-Justine loves Fleetwood Mac, Eva Cassidy, Demi Lovato, Taylor Swift. I, Brandon, I'm deeply passionate about almost every style of music from almost every time period, so it's a constant rotation changing by the hour haha! A metalhead all my life, I'm currently diving deep into Doom metal like Elder, Witch, Pallbearer, Pentagram and Monolord. Always on rotation our favorite bands like Mutemath, Dawes, and Wilco. Classic hardcore and metal bands like Zao, living sacrifice, Embodyment, Extol, and Underoath make regular appearances. Jazz and hard bop Like Dave Brubeck and Miles Davis respectively get played often. Emo like Sunny Day Real Estate, Dashboard Confessional, Brand New, Mewithoutyou, Bright Eyes, Death cab for cutie, and Further Seems Forever always have a place in my heart and on my turntable. Folk and Country from John Prine and Towns Van Zandt and Jackson Browne through M. Ward and Hayes Carll are favs. Newer releases from Phoebe Bridgers, Deep Sea Diver, Run the Jewels, Taylor Swift, Deftones, Mac Miller, and Idles, and many more have made this last year tolerable. Local gems like King Buffalo, Old Fame, Nate Cronk, Ben Morey and the Eyes, Drippers, Jesse Sprinkle, the Televisionaries, the Dirty Pennies, Dangerbyrd, and Tough Old Bird deserve mention, as do so many others. Too much more to even bother trying to list here.

TSWS: Any advice you'd give to other up and coming bands trying to get heard out there?

Focus on creating quality songs. Everything stems from that and nothing happens or is even worth doing without good music happening first. Develop your craft and keep writing and rewriting until you have a good product, something worth sharing. All the social media and the distribution and the playlist placement and that whole dumb game is all predicated on the existence of good quality music beforehand.

The first thing to say is thank you to all of our initial fans, people taking a chance on us and taking the time to listen and get into what we're trying to do. Those first followers and fans are so important and mean so much to us. To them and to everyone who will come on board at some point we would say that we truly hope you connect with and find meaning in our music and that it makes your life better... In the same way that it has for us in creating it!