An Interview With Denni Ian 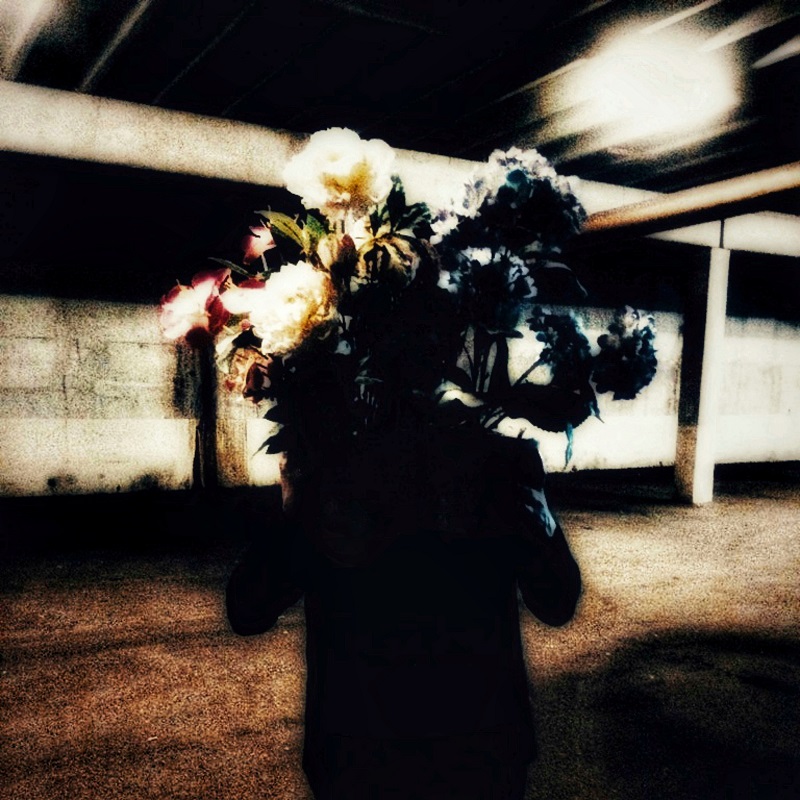 Songwriter Denni Ian recently dropped a full length album that mends genres and influences together to create something that brings a slightly dark and brutally honest alternative folk record that touches on elements of classic rock, and paints vivid pictures.

The Sad Saint Of South End is an album that sounds like Nick Cave, Tom Waits, and Johnny Chas sat down to make a record together.

Most important is that the record is full of heart and a heavy love for performing and songwriting.

The album makes you feel like you want to see Denni live in person.

There is something incredibly comforting about the whole album. It gives you a warm feeling and at times can even make you remember as memories flash in your head you had forgotten about years ago.

Perhaps it's the way he wears his heart on his sleeve and holds little back when it comes to his words.

Either way this album feels good to listen to. It's best heard with headphones and should be heard in full if possible as it does seem like it's a concept record.

Denni recounts chapters and emotions of his own life and they come through with alluring detail.

With such a potent release, we wanted to have a chat with the artist about where it all came from.

TSWS: Okay Denni, let's begin with The Sad Saint of South End. This record has a very neo-folk

harmonica. Where did this album come from?

Where does it come from? That's a big question. I guess it comes from a long time of

suppressed aesthetic expression. It comes from a need to create something unpolished and

honest and only just barely under control. I've played music in various constellations for

more than a decade without ever playing a kind of music I felt filled the hole inside. Music

is more art than entertainment to me, and I've never had the chance to approach music as

such before – mainly due to me being a part of bands that didn't share the same ideals.

had its outlet in visual art and in my personal writings. I'm a great admirer of

expressionistic and minimalistic art, as well as abstract and figurative paintings. Sonically, I

tap into the visual expression of paintings, drawings, and sketches, and then adapt that into

my songwriting process – and add a whole lot of con amore.

This of cause doesn't happen in isolation to an awareness of musical genres. As you point

out, there is even an electronic ambience on the album on the single 'Killer Whales'. To be

completely honest, though: that song is mostly the way it is due to a person I knew who

was very into the ambient feel. So I wanted to experiment with having a soundscape

incorporated into the more organic and acoustic aesthetics. Think of it as an ode to a

person who is buried very deep in my heart.

TSWS: This sounds like it was quite a lot to accomplish. It's a big album. Did it come out how

Thank you. I wanted the record to sound rough, without making it sound rushed. When I

began the studio sessions, I only had the lyrics and the guitar parts mapped out. Everything

else on the record was written on the spot. Intuition was a huge part of the process. The

studio and were encouraged to improvise their parts. It was a somewhat chaotic

experience. When you approach an album like that, it is bound to end with some rough

edges, I suppose. Still, the pursuit of polishing is not an act I’ll be practising artistically. I’m

not fishing for accidents, but I’m not trying to avoid them either, so the album came out

exactly like it was supposed to be. I hope people are left with the impression of an honest

and heartfelt presence when they listen to the record. I might approach the next album in a

certain kind of thinking, songwriting-wise, more so than any specific artists. But as broad as

they go as genres, folk and punk are the fields I feel at home in musically. While taking

pride in traditional songwriting and an organic approach to instrumentation, moving

around the spectrum of those genres is key. I'm sure is fascinated by the long tradition of

songwriting that has been executed by Cohen and Dylan, Cave and Velvet Underground.

Discovering their approach to songwriting changed my way of thinking about music. It also

led me to discover more obscure names like The Microphones, Smog and The Cramps.

They have all helped me shape my artistic raison d’être.

I also have a thing for the Russian director Andrej Tarkovskij. His films are intense on-screen

poetry — I've never seen anything like it. They move deep into, and beyond, the ever-

changing facades of human society, demanding a commitment from the spectator. He is

one of those rare kinds of artists whose art fastens itself to the human soul.

How does anything begin? Something triggered something, and I ended up on this path I've

chosen to be strolling down. I've always felt a deep longing and uncanniness, which I can't

exactly pinpoint. Doing what I do right now is the closest I've ever gotten to ease that

TSWS: This album feels very personal and real to me. Is this taken from real chapters in your

I'm glad it does. It's very biographical in many ways. I'm not a thematic artist, and I'm not

putting my personal hardships and traumas out there as it is without a filter. If you'd known

me in those different periods of my life, which is there in my songs, it might be obvious

what the songs are about. But I think it's artless if the songs' content is handled like a diary

with yourself naked in the centre. On the other hand, if it's extremely abstract without

having an unforced, unconstructed anchor of a present soul, then it's just unpoetic. Most

musicians I know are instrumentally gifted, but putting two interesting lines together

Let me in short, be very honest. I’ve struggled most of my adult life with severe

depressions, forced admission, alcoholism and a childhood Freud could get a lot of juice

out of. I’ve got a lot of unsolved issues. But in articulating all that in metaphor and allegory,

in a way where a narrative transcends the narrator without making it clear when: that is

what I strive to do as a writer and musician. To make all that present. I mean, connection is

all I can really hope for with my work. It has to be personal because music is a way to

accept existential despair without letting it consume you.

TSWS: Do you perform live?

Well, yes. I used to perform frequently with former band constellations. Still, I’ve yet to

perform an official concert as a soloist, mostly due to Covid. I’ve played small private shows

in peoples living rooms. But with the lockdown and all, it's been a while.

TSWS: What are you doing when you’re not working on your music? Do you have other

most of my time. But my biggest passion is art – combined with the consumption of

cognac. I’ve been practising and exploring different kinds of visual art styles for as long as

I’ve been playing music. Properly longer actually. Drawing is a way to take in the world and

initialise the search for beauty.

Some time ago, I lost my atelier. I live in a studio apartment that doesn’t have the space for

working with larger canvases, so it has forced me to rediscover my passion for drawings.

When I’m not drawing, and If I’m not working on music, I’m writing. You could say I have a

passion for working and indulging in art. I get very anxious about wasted time.

TSWS: What will be next for you as an artist?

I got a publishing deal last year, so I have a poetry collection coming out in Spring. It will be

my first literary release, and I'm beyond excited to share it with the world. I'm also working

on a large series of drawings inspired by my lyrics' mythos. A plan for an exhibition is still in

the making. I've also spent a big part of 2020 writing my next album; studio time is

scheduled for the summer. Releasing an EP with a new side project is also in the works.

TSWS: How do you write your songs? Is it melodies first? Lyrics first?

Songwriting, and art in general really, is about giving up the fight and accepting defeat. A

finished song or a finished painting is what's left when you abandon the ring.

rewriting them, just to later discard the changes. I'm writing on my material up to the point

of recording. I think about being in the recording studio like doing a sculpture: you can only

keep on reshaping the block so often. At some point, the block of material is diminished

beyond reshaping. Good songwriting is to know when to quit and move on. Some melodies

just spark certain lines while some other lines are tough to get the right melody for. So,

regarding what comes first, it's hard to keep track sometimes. I actually wrote the song

'Grains of Salt' on the spot during the Sad Saint sessions.

Right now, I'm working on a song that has close to 22 verses. Something in me just wants to

go with it, but I'm willing to let everything happen to my writing until it's captured on tape.

I've played in bands where the process of songwriting has been extremely rigid, and, to me,

it killed the creativity.

TSWS: Before we go, what would you like to say to fans of the music out there?

Well, if you’ve read up to this point, then thank you. I’m honoured that you spend

time with these struggling songs. May you take from them whatever you need. 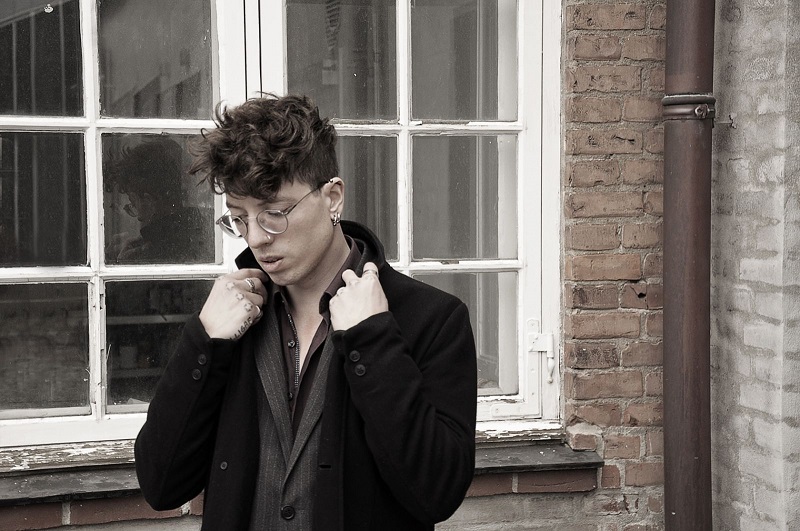