Diver Brings On The Synth Rock With "Sober" 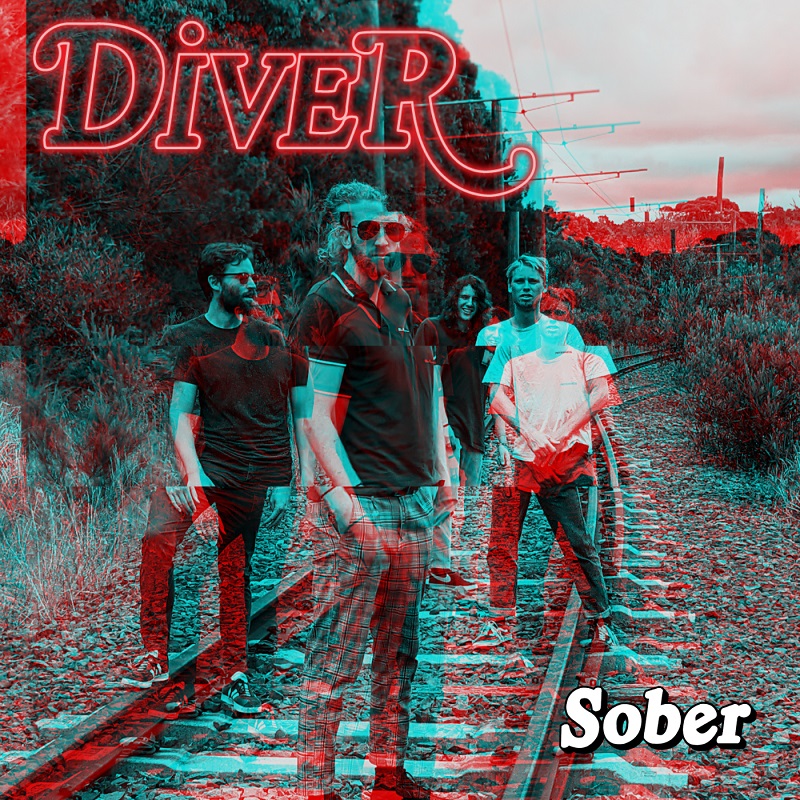 The latest single release from Diver gives off a synth rock aesthetic that combines a 90's alt rock feel with some vintage sounds on the keys and a driving and anthemic sound.

"Sober" is a bit of a powerhouse as the song has a bright energy and an edge to it's tone that hits hard while drums slam and hooks hit left and right.

The song is laced with a vibrant and colorful style and a neon lit atmosphere that quickly becomes the staple sound as synths rock with half time drumming and chanting vocals that feel cinematic and alive.

Diver has a certain feeling behind their music that never loses its gusto and lets the songs breathe and build as the play on.

They bring together elements of classic rock, hard rock, Indie-pop, and alt-pop together to create something that feels familiar in a way but also incredibly fresh.

Between "Sober" and their previous single release "Seabreeze Motel", you can hear all kinds of classic influences and a current vibe.

One thing is for sure, these guys love what they do as the songs have a ton of heart and get danceable as they rock and tell stories.

A youthful energy and a mature songwriting style showcase the band as seasoned musicians that are letting loose and writing songs with no boundaries. This is something that feels good to listen to.

From synths and piano to funky guitars, and tons of hooks, the band knows how to lay down a chorus that's quite memorable and singable.

"Sober" has more of a new school feel and really nailed the aesthetic they are going for while fusing sounds together.

They do make a killer presence sonically and it's clear they are doing things their own way.

The single takes on a cinematic tone and is hopefully giving us a taste of what's to come because we want more of Diver.

Upon listening to the songs you do get the feeling the band is awesome live and maybe that is something that will happen in the future at some point.

For now, we'll take these singles and crank them loud cause that's how they should be played.

Dig into Diver and keep a look out for more from the band.