An Interview With Doc Straw & The Scarecrows 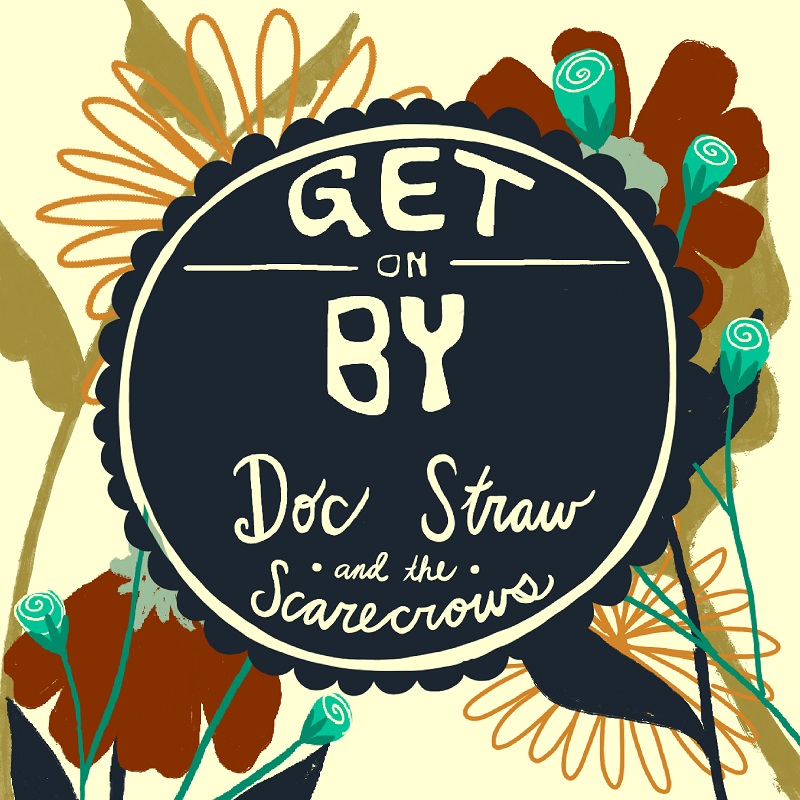 A new single from Doc Straw & The Scarecrows is a heartfelt southern toned folk song with flowing guitars and a stripped down feel that really gets hold of you with honest and emotionally driven lyrics.

"Get On By" is about just that. Getting through life and doing so by being yourself and having appreciation for what you have even if you work hard for it.

The single has a bright Americana and classic rock fusion and vocally becomes so addicting that you find yourself singing the song much later in the day.

It's not until the full band kicks in half way through the track that you get that heavy deepening feel. Drums  and harmonica some n swinging and keys float on in the background.

The song really holds the aesthetic of some classic rock greats and the intensity is grown and powerful by the song's end.

You get a bit taken back by its cinematic feel and the extremely relatable lyrics.

It's got more classic rock tham country but still really does boast that southern twang and feels inspiring at times.

With such a great single, we had to sit down and have a chat with the band to talk about where this track came from and what's next.

TSWS: Okay let's start with "Get On By". This track is an honest and cinematic song that really feels like it has some southern undertone to it. Where did this track come from?

Doc Straw: Thank you for that feedback and for taking the time to listen to it.  I wrote "Get on By" about a year ago after a long phone conversation with my sister, Jessica.  She and I have realized through the years that our family is not very emotionally aware.  While we cannot change others, we're both working on becoming better versions of ourselves and breaking these unhealthy generational cycles.  We were both going through similar personal struggles at the time and our conversation centered on how to face these struggles and how to see them as opportunities for learning and growth.  I'm not a fan of mindless positivity but maintaining a positive perspective while still acknowledging that times are tough is a healthier course of action for me.  The song just came out of that feeling of having a tough time, sitting with that, but still keeping it together and moving on to what's next.

TSWS: This song feels like it's got a number of styles that dort of roll together. What are some of your biggest influences?

Doc Straw: Oh man, well I grew up in a strict Southern Baptist household so I was raised on hymns and other church/Christian music. My mother sang alto in the choir and I remember her practicing her parts in the family minivan on the way to church on Sunday mornings.  I think that's where my love for harmonies comes from. As far as bands go, my hometown faves are Tom Petty & The Heartbreakers and I love any sort of 90s rock and roll: Foo Fighters, Weezer, Everclear, Our Lady Peace.  Within the past few years I've gravitated toward more southern, Americana, and roots-type music.  My playlists are all over the place but a few frontrunners in my library are: John Prine, Sturgill Simpson, Tyler Childers, Ashley McBride, Blackberry Smoke, Marty Robbins, The Avett Brothers, Marcus King, Zach Bryan, and a similar blend of old/new.

Doc Straw: I've played in several bands before, played live a lot, and paid my dues so to speak.  Then I left music for several years for a couple reasons that aren't any good.  About a year and a half ago my therapist at the VA encouraged me to try getting back into music so I bought a cheap guitar and started writing songs again.  I went to go see my yoga teacher's band play one weekend and they were so good I realized I could get a studio band together first and get these songs recorded.  I found Blue Sprocket Studio in Harrisonburg, Virginia and Taylor, the engineer there, just got what I was trying to do right off the bat.  Now there's a full-length record that's about a year in the making but it'll be done in a month or two.  All of these pieces just really fell into place.  It's been really affirming that I'm doing the right thing.

TSWS: Will you be focusing on performing live when the time comes?

Doc Straw: God I hope so.  I love playing live but so far the only time any of these songs have been played live is at open mic nights around Virginia and that was right before everything crashed and burned.  My goal is to find opportunities for full band shows and whenever the time is right, plan a tour.

TSWS: What's next for you as a abdn? Anything in the works even now?

Doc Straw: (next for me as an artist?)  Yup.  "Get on By" is part of a 12-track album called "The Little Things" and realistically I'm shooting for a summer release with a few more singles coming out in the spring.  I'm currently getting the artwork together, organizing, and trying to learn as much as I can about PR and all that other business stuff that artists don't want to acknowledge is important to finding your audience.  I stay pretty busy with all that right now.

Doc Straw:  I'm a travel physical therapist so I stay busy with work but last year I was able to fit recording time in between work contracts.  The other guys have their jobs too but everything revolves around music in some way or another.  Taylor has his own studio in Richmond now where he's been working since Blue Sprocket was destroyed in a gas leak explosion in October right after we finished recording in it.  (Not kidding. 2020 was indeed a shitshow)

Doc Straw: This song and the other album tracks center around processing a trying season in life.  Lately, I write to help come to terms

with everything that's been bouncing around in my head for too long.  There's some heavy stuff up there but it doesn't weigh as much on paper:  I'd repressed a lot of shit from my time in the military and I was trying to deal with it. I had just been through a rigorous doctoral program where I slipped back into old habits of dealing with stress and then there was heartbreak of course.  People close to me passed away and a romantic relationship that I thought was the real deal was anything but that.  It's not easy being honest all the time but these are the things I have to write about or they'll just fester inside me like an infection.

TSWS: Do you get together to rehearse?

Doc Straw: Not yet.  Some of us have jammed here and there but as far as this project is concerned we've only been together in the studio.

TSWS: What's your favorite midnight snack? (We like to throw a random in there)

Doc Straw: I take a saltine cracker, put a dollop of peanut butter on it, then carve out a little crater in the PB and fill it with honey.  I tell myself it's healthy.

TSWS: If you were to give any advice to up and coming indie bands out there trying to get heard, what would it be?

Doc Straw: Just be consistent.  Everybody is trying to get heard.  Make real connections with people and that will mean more than a few plays on Spotify.  Make goals and write them down.  Support other artists.

Doc Straw: I'd like to thank anybody that took the time to listen.  Please drop me a line sometime via email or social media.  I'd love to hear from anyone who connects with the music. Hang in there, folks. 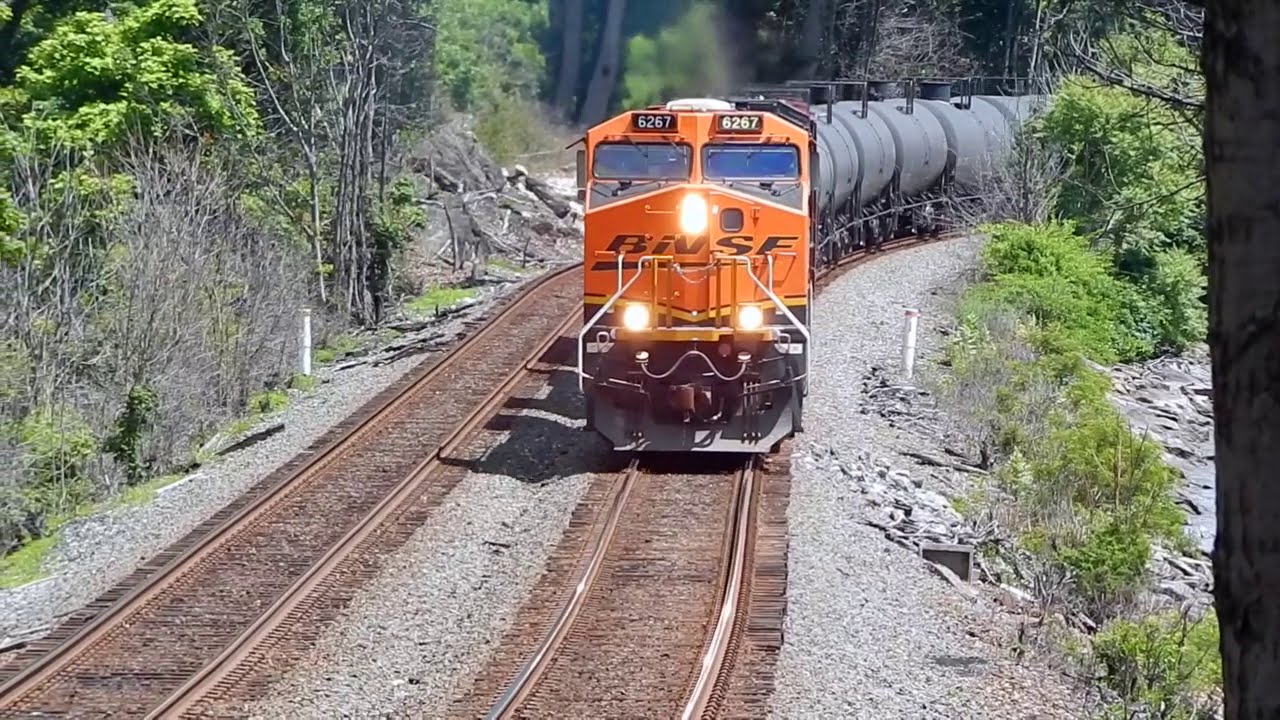