An Interview With DocFell & Co. 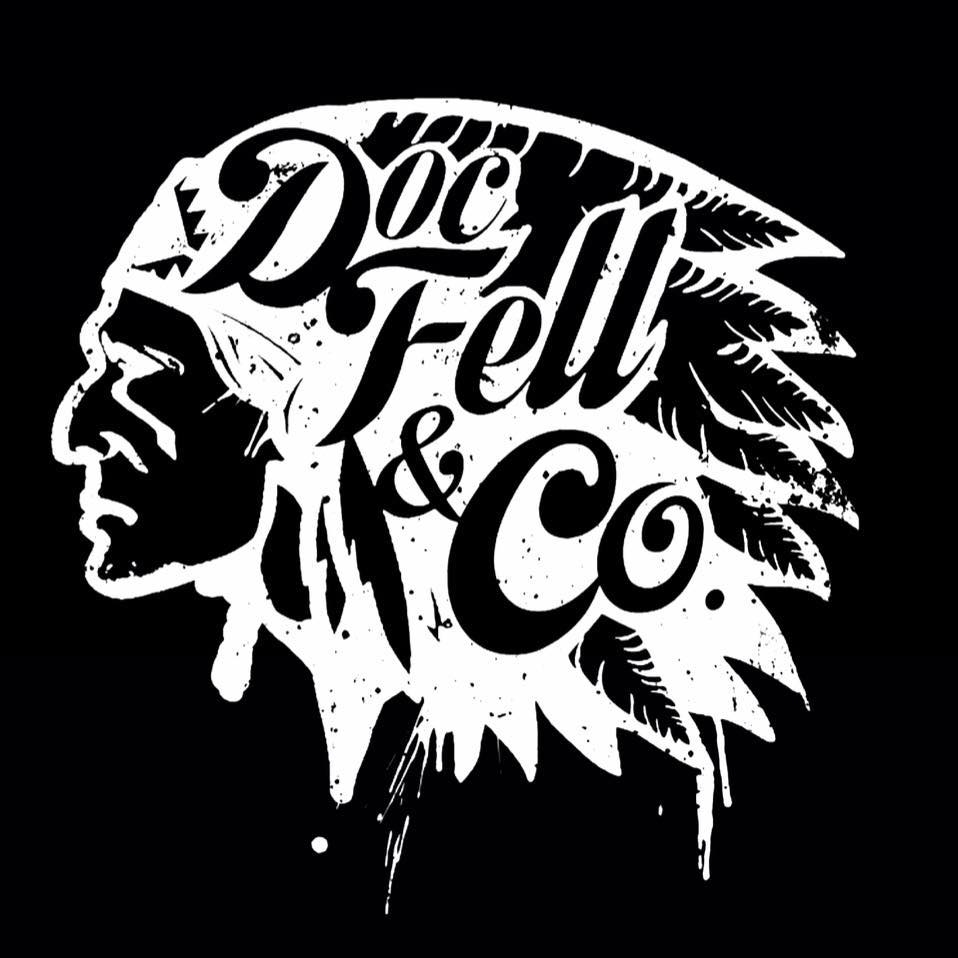 A brand new single from DocFell & Co. is a bright and danceable country song with all the bells and whistles you could want from a good tune of the genre.

"Gotta Be With You" is a heartfelt love song and paints a beautiful picture laced with a variety of southern instrumentation and a deep groove.

Vocals belt and come through with a tasteful grit and ton of heart while  the band jams on in true country style touching on other genres like  classic rock in the progressions.

The single has an infectious energy and character and gets you hooked on the band quickly even upon just the first listen as you know DocFell & Co. is up there with any of the heavy hitters on the radio right now.

The accompanying music video for "Gotta Be With You" is as colorful as the song is and sways through a unique style of art that kind of transfixes you as you watch it. Somehow it actually works well with the song itself.

This band has more passion and love for their craft than I've seen in quite a bit and  it's what helps make them shine the way they do.

This single is part of a full  length album released from  the band and the entire record has that same gusto, shine, and genuine country aesthetic.

The album, dubbed Revelations is a chart worthy country album from start  to finish and is complete with more than a few playlist worthy singles.

With all this happening now, we wanted to have a talk with DocFell & Co. about it all.  Here's what happened.

TSWS: Okay so let's start with "Gotta Be With You". This track has a real country feel to it and some great energy. Where did this song come from?

Fun story but it is one of the first songs I wrote that was any good at least.  I think it speaks to unrequited love. Those times when you are falling for someone and no matter what you have to be with them and your desire is so strong you wish to be the sunlight on their face or the fingers running through their hair.  I began playing this song over 15 years ago and always assumed I would record it first but 3 albums deep I realized it had been neglected and was excited to lay it down off the top for our latest album Revelations.

TSWS: "Fragile" was another I really liked! What artists  or bands really influenced you? Who changed you?
Fragile was our first single of the new album and charted well in Texas. I had written it for Revelations long before Covid hit but when the pandemic hit it felt like a song we needed to release. The word fragile inspired me to write it one day. Sometime something as simple as a word sparks the muse.  The first time I played it for my wife Kira she said she like it but the first verse was generic.  Turns out she was right and so I came up with one of my favorite opening lines.  Ain't nobody perfect least as far as I can see and lordy knows I've been looking from up my sycamore tree. I feel like it is a song about unity and in these trying times we need each other more than ever.

I get influence from all kinds of places.  I feel like our sound diversity is a reflection of the many different sounds. As frequently we don't fit into typical genres, I have started calling our music post modern country and western. some of my favorite artists are willie nelson, Prine and Gram Parsons.

I'm a very late bloomer. I was terrified of performing publicly and played in private only until I was in my 30s. Finally a friend convinced me to play a small private event. I remember feeling like I was going to pass out and sweating profusely but after it was all done I also felt exhilaration and I was hooked.  Slowly I overcame my fear and moved on to bigger and bigger stages.

We have a new single called I Only Cry set for 2021 release.  Currently deciding on songs and location for recording an EP. Our summer tour schedule is filling up.  We would love to spread our wings and fly around the country but we will see.

We have been sort of lucky to have a lot of venues that didn't close during the pandemic.  We played a lot of outdoor shows in the summer and fall.  I know so many of our friends have been sitting on the sideline for the past year but we have been fortunate.

I write in real time. my life is so busy I can't dedicate time to the craft so I look for words and phrases during the day that inspire me.  I make quick little notes and wait for a song to take off. I like to keep the creative vein open at all times because you just never know.  I tend to write in private and I'm not very good at collaboration.

I am a full time physician so my life never stops with a full time job and several gigs per week.

TSWS: You've been really doing well especially with all your plays on Spotify. What sort of advice would you give to other up and coming artists out there?

Talent is only a small part of the equation. It takes a lot of effort to climb the mountain. I think it is important to consistently produce good music but the real key to success is persistence.  You will want to give up and there are no guarantees of success but stay the course.

Arlo Mckinley, Western centuries and Kyle Nix all have impressed me lately.

Luckily I get to do what I do out of love for music but I know so many artists who do it as a living and they would be sunk without the love of our fans.  Keep listening and if you like an artist go the extra mile. download their music, share their music and buy some merch. We are all in this together.