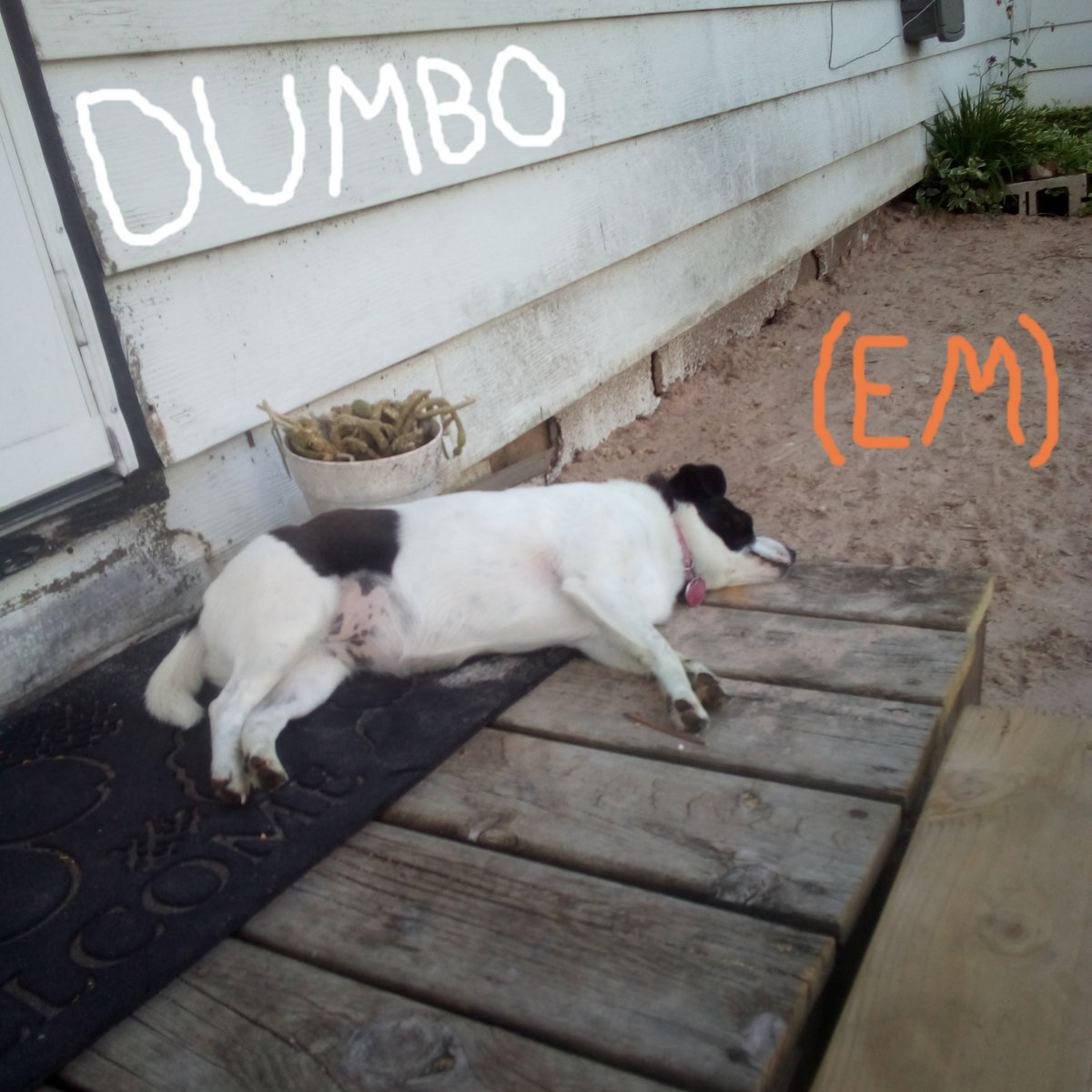 A new album release from (EM), short for Eddie Mead, is an insanely catchy, fuzztone, garage rock masterpiece complete with addicting melodies, tons of hooks both musically and vocally, and a fusion of genres.

The Dumbo album is packed with creative sounds and effects along with acoustic and electric guitar combinations that breathe a bit of a new life into indie-rock.

This is a record that is alive and breathing at all times. Songs are shining and boundless as they wail on and give a certain warm feeling.

Crossing a 90's underground rock sound, with a deep grunge feel, and never leaving pop behind, Dumbo is a huge record with so much fun to soak in it's almost engulfing.

You can hear the limitless factor on this album. The fact that this was created without walls or a precise format of "how to do things".

It is a free record and you can hear and feel that freedom in creation. That freedom in recording. I think this is part of why the album is so addicting and why you will relate to not only its words but its actual sounds.

There is an ambience to the record as well. Something that expands and contracts all the way through.

Bringing to mind bands like Modest Mouse at times, and  Beach Boys others, there is a portrayal of eclectic influences running through the veins of this piece of work.

This is sort of an opus of a record in the way that it's a lot to soak in but damn is it fun to do.

You end up falling in love with the grit of the sound of the release quickly and it's quirky and bendy sounds scattered about.

Dumbo has its own atmosphere.

Check this album out and see if you can shake it off once it's over.