An Interview With Eternal Closure 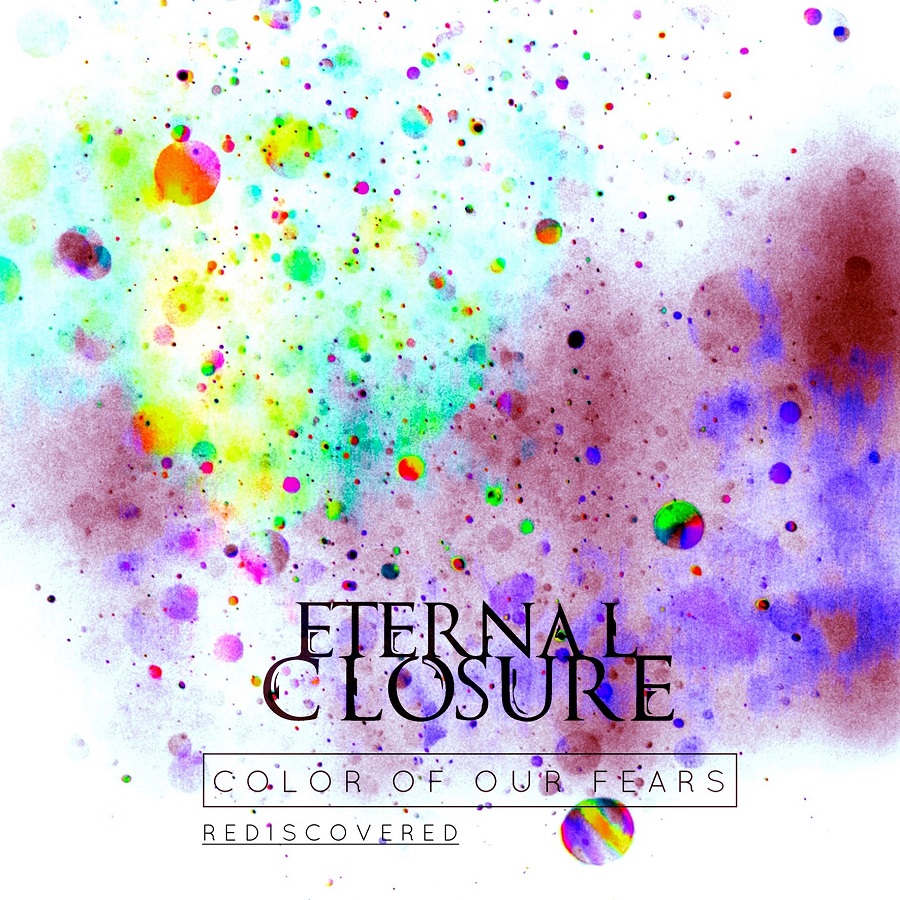 Eternal Closure just dropped a 12 song banger called Color Of Our Fears (Rediscovered) and it's a blitzkrieg of destructive thrash metal that's so good even Slayer would be proud.

These guys roll through crew vocal chants, multiple scream approaches and even break into melodic choruses while guitar riff like lighting and drum hit hard enough to break your back.

Hints of Dillinger Escape Plan, Mr. Bungle, and more come to light throughout the records array of intelligently written metal.

This record doens't let up for one second and it's a beautiful thing to hear. Ultra tight with raw energy thats absolutely blinding, Color Of Our Fears crushes skulls and it all happens so fast you almost need to restart a song once its ended.

An obvious band of seasoned musicians trudging their guitars and melting faces all with tasteful and intricate time signatures, Eternal Closure just paved their path of fire in the metal world.

This is an album with depth and nods to some fo the greats of the genre.

With such an intense record we had to sit down with the band to talk shop. Here's what happened.

TSWS: Okay let's start with the Color Of Our Fears Rediscovered album. This is heavy as hell and portrays some intense and melodic alternative and metal. Where did this record come from?

EC: It came from my (Olivier) desire to write music that resonates with people but that also has a bit more depth to it than your average mainstream metal. It’s a balance we try to maintain and “Color of Our Fears: Rediscovered” is us figuring out our place in all this.

TSWS: How long have you guys been a band? How did this all start for you?

EC: We’ve been a band for close to 9 years now. It was just a simple project with friend at first. We went through a lot of changes through the years and are now stronger than ever. It took us a bit too long before we started to take the band seriously, but we’re now fully committed to it. We have learned and will continue to work until this project works. We believe in the new line-up we have, and we believe in the music.

TSWS: Having rocked out to this album it made me want to see you guys live. Do you think you'll be focusing on that when the time comes?

EC: Of course we want to get back to playing shows when possible. However, we are mostly focusing on the writing of a new album at the moment. It’s going great!

TSWS: Give me some of your absolute top music influences as a band.

EC: Our sound starts with bands like Killswitch Engage and As I Lay Dying, especially our old material. However, we have become more and more progressive through the years. This includes being influenced by things like Protest The Hero, Currents, Haken, Dream Theater and Periphery.

EC: Finishing the writing of the new album and then beginning the whole album cycle process. I can’t wait!

EC: We all work in pretty different fields and have different interests in general. I’d say that cats are something we all love. Other than that, most of us like video games. Getting my hands on a PS5 has been quite the adventure haha (not yet resolved).

TSWS: Did this album come out the way you expected? Were you guys happy with it?

EC: Nah it’s pretty bad. No seriously we’re really proud of being able to show a little bit of what Maggy brings to our sound in the 3 tracks from the re-release. Obviously, the songs weren’t written with her in mind, so it’s going to be even better moving forward.

TSWS: The production was killer on this record. Did you guys record this is a professional studio?

EC: We’ve recorded both our albums with Christian Donaldson here in Montreal. I won’t speak too soon, but we definitely wouldn’t mind working with him again on the next one.

EC: Stay safe, pet your cats and listen to “Color of Our Fears: Rediscovered” during the holidays. Seems like a pretty nice quarantine to me hehe.”