An Interview With Euphemia Rise 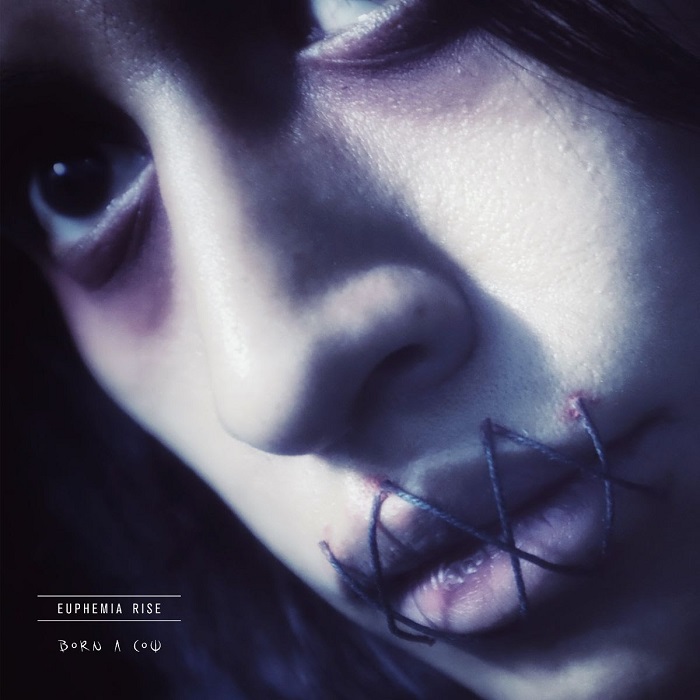 EuA new album release from Euphemia Rise takes a fresh approach to alternative and cinematic rock complete with synth pads that swell and sway, loads of guitar driven melocies, and a dark undertone that lurks just beneath the surface.

The Born A Cow album feels almost like a concept record as it's looming shadow-like feel is engulfing and with each new track, you get pulled in further.

The songs have a great catchiness and it all feels vast and distant with that overcast almost like vampire rock.

If vampire rock isn't a thing yet, it is now thanks to Euphemia Rise.

The record has a killer edginess to it and doesn't hold back in the way of utilizing synths and digital sounds to add to the soundscape.

This record has a depth to it that makes you feel like you've been in some sort of nightmare but in the best way possible.

It's doom and gloom almost has a dark-wave tonality to it.

The whole album really grabs hold of the listener and you end up singing along with the haunting storylines and classic rock inspired vibes.

It has that doom rock element to it and the aesthetic really comes through with an impact.

This album can wash you away into another world entirely and it's been quite some time since you can say that now hasn't it.

Underneath all the alt-edge lies a pop sensibility that sneaks up on you and puts it hand on your shoulder subtly.

The release is absolutely rich with character and you'll feel right at home with some of the brutal honesty it portrays.

With such a massive release, we wanted to have a chat with Euphemia Rise to find out more about how this all came to be and where it may be headed.

TSWS: Okay so let's start with the Born A Cow album. This record has a crossover feel from
electro-rock to 90's alternative rock and plenty in between! Where did this album come
from?

The last years I listened a lot of 90ties music, the grunge era and the millennium turn
artrock. I also listened a lot to contemporary grunge and metal.. I like bands who
combine heavy guitars and electronics, Muse, Placebo were always great influences. I&#39;m
also fond of classic pop, mostly sixties, where strings are used. Every song on the album
has strings. It produces a delightful atmospheric vibe. There are also some dreampop
elements, I love mallets, sweet bell synths and electric piano.

TSWS: The video for "Surviving The Dreams" was awesome and also kept to a bit of a grunge
video feel.. Did it take long to finish that?

It was made in two weeks. I first had the footage by Kamila Bartków , and some ideas of
my own. Then I asked Itzel Bernal , who did the cover photo, if she could do some
stitched mouth video footage, similar to the album cover. I first made a montage of their
footage, and then filled the blanks with footage of my own. Most of my footage is
crossdressing. Some people were confused about who is who in the video, which was
quite cool and funny :)

TSWS: Did the video come out the way you hoped?

Yes and no. I had to film my parts with a bruised rib, so quite a few of my ideas were too
painful to film. But watching the video again, truly I am happy about it. Everyone
involved did a great job, and it’s a work I will always treasure.

TSWS: You guys have a bunch of rock styles throughout the Born A Cow album. Who are some
of your biggest musical influences really?

Late 90ties bands, the ones I mentioned above. And Bush, also very important to me.
New grunge acts like True Widow, King Woman, Emma Ruth Rundle. Other new singer
songwriters who seek a more raw sound, away from the industry standards.
For my lyrics The Smiths, Suede and Placebo are my greatest examples. I found these
artists really comforting when I was struggling with negative reactions to my bisexuality.

They were like guardian angels. So since I was a teenager I dreamed of writing lyrics like
theirs.

TSWS: So how did this all start for you guys?

I have been active since 2009 in various music projects, always one man projects, I just
work best on my own. The first years were more psychedelic, post and experimental,
mainly instrumental.. but since 2015 I am more interested in songwriting again. I have
always loved good songwriting and meaningful lyrics. Going back to songwriting, and a
more punk-like approach made things more exciting and challenging again, and led to
the birth of Euphemia Rise, in Summer 2020.

I am already working on a 4 track ep for Spring 2022. And I want to make a few more
videos for this album. The next months should be exciting and busy :)

I have been rather homely these last few years, as I am very dedicated to making
music. I do my best to work at least 8 hours per day on my project. In the little free
time I have, I love to work out, read comics, watch detective shows and sitcoms. Just
uplifting and relaxing stuff. I always loved the quote by Rachmaninov: "Just like my
fingers, my brain needs rest, so I read silly things".

Lately I listened a lot to The Cardigans "Gran Turismo"; and Blonde Redhead's "Misery is a
Butterfly". Two wonderful bittersweet pop albums, both with really clever and inspiring
arrangements. Also quite crazy about ‘Gish’ and ‘Siamese Twins’ recently, the two first
Smashing Pumpkins albums.

TSWS: This album feels like a big undertaking. Any advice you have for other up and coming
bands out there?

Don’t get a steady job. Take advantage of society to dedicate yourself entirely to your
art. But don’t swan around. Work on your music project as if it is a regular job. Don&#39;t
uniquely work when you feel inspired. If you have a bad day, work too. It's not done by

magic or by laws of attraction. Work tirelessly, and work until you think it&#39;s absolutely
awesome, until you can say: Wow this is great, I am proud and happy I made this.

No, I sometimes do livestreams with just guitar and voice and I love doing that. I played
shows and festivals in the past, but didn't enjoy it much. Well, the first gigs were
genuinely exciting, but when routine kicks in it's a hard and monotonous job, and it took
me away from being creative.

Support unsigned artists and don’t only listen to the stuff released by labels. Don’t let
algorithms decide what music you listen to. Say fuck you to all social media where you
are seen as ad consuming cattle. And finally, I wish to thank everyone who gave me
positive feedback, that still always totally makes my day.