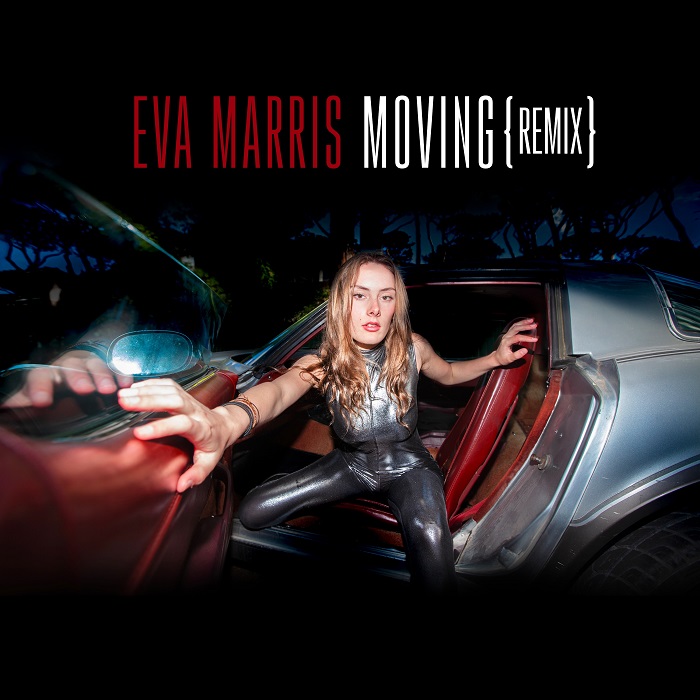 A fresh release from Eva Marris blends a bright pop sound with a touch of dark edge to create something that entices and builds into something alive and breathing.

"Moving (Remix)" is packed with a progressive percussion, and swelling synths to go along with catchy and youthful vocals that bring a drive and energy to the song that feels crisp.

The synth work on this track is outstanding and it all has an almost alternative undertone but it's done with a tasteful twist and with a subtlety that really works.

Layered textures fade into each other and fuse with vocal harmonies and alluring hooks that touch on euro-dance and EDM at times but keeps true to it's party anthem style.

The song comes through incredibly vibrantly and has the ability to lure you into it's world.

What's just as outstanding is the music video that accompanies the track.

There is something about the video that feels high class as well. Metallic visuals and chrome styles coat the shots and it all makes you want to be a part of it.

You want to be there with Marris at that party, at that club, in that car.

This single has a killer feel and is another step towards Eva Marris becoming a dance pop queen.

You can clearly see plenty of her presence as an artist and as a performer all over this work and it's addicting and beautiful.

The single follows a few others released recently that each have a different themed video and all feature Marris and her almost angelic vocals that can twist into powerful and emotional performances in a heartbeat.

We suggest you start with "Moving (Remix)" and check out others like "Burn It" and the original "Moving" which plays as a ballad.

Everything is well worth your time to say the absolute least.