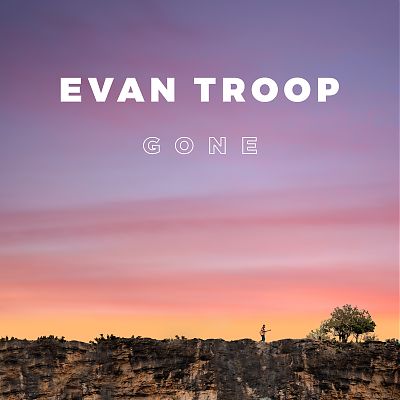 Evan Troop brings on the brutal honesty with his new single "Gone".

The song builds and breathes as it plays on into it's chorus and as it does, you get hooked in more and more. Once the drums kick in you're fully invested.

Empassioned vocals accompanied by a weeping guitar that really pulls on your heartstrings.

Troop has that natural born singer vibe and "Gone" crosses a newer country feel with a gigantic arena rock sound that makes the song radio worthy to say the least.

Songs like this one; songs that are built from emotional platforms and true to life experiences are the most affecting ones.

Evan Troop is a pronounced performer and songwriter that knows how to use his pain as a musical outlet and "Gone" proves it.