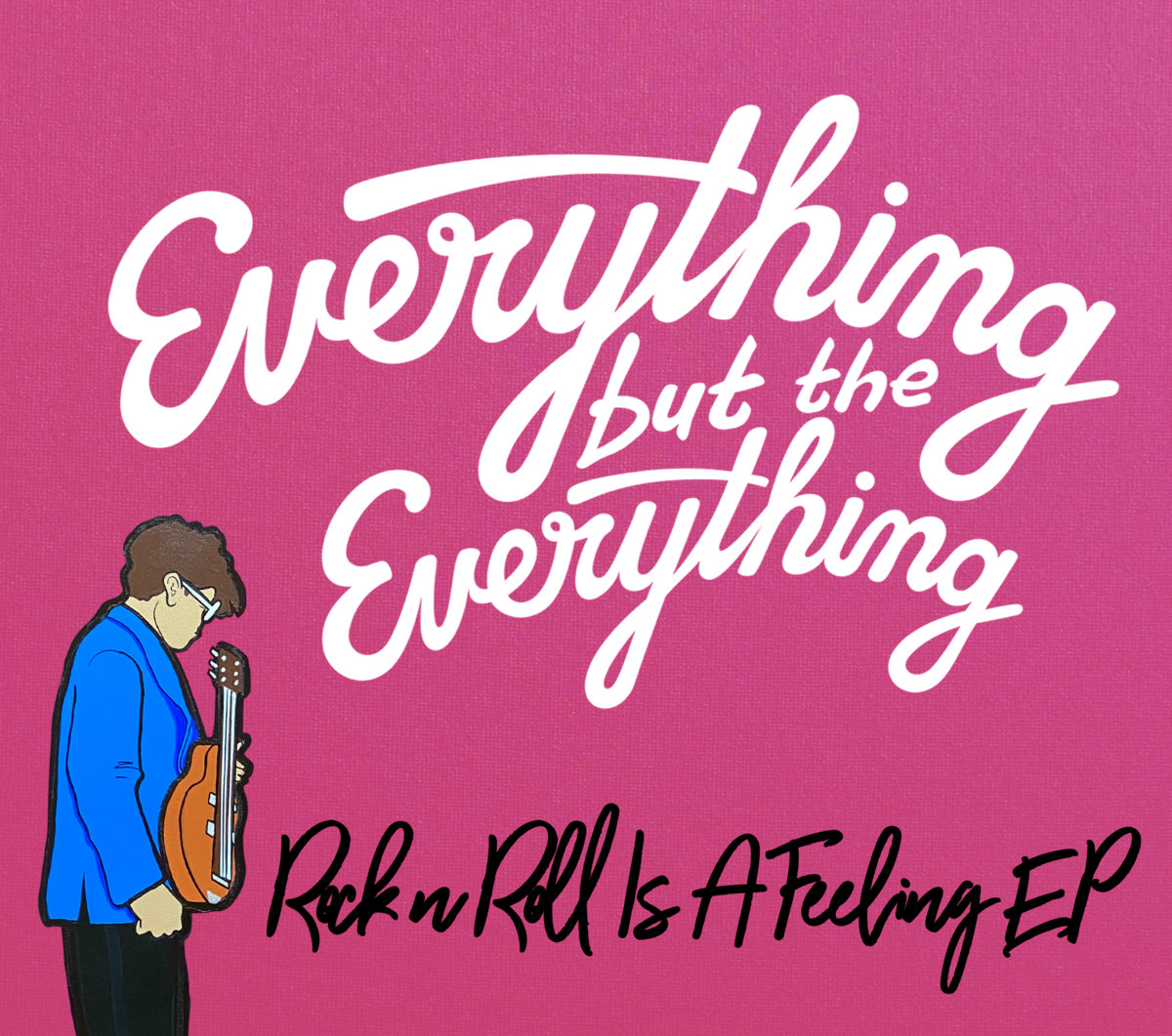 Everything But The Everything has been releasing a series of singles that have now been put together into one real deal mix of classic and indie rock along with major elements of alt-pop and even post punk at times.

The "Rock N Roll Is A Feeling" EP crosses bands like The Cure and with Arcade Fire and creates atmospheres that are both cinematic and driving.

The songs all have something new to offer and they all can get you off your ass and moving as they have some heavy anthemic feels and a ton of youthful energy.

A colorful and vigilant display of massive sounding rock, the EP hits a multitude of rock styles and this is what becomes the bands staple sound all together.

There are killer hooks and passionate vocals and you begin to get a Riot Rock feel with undertones of poop-punk. Bands like Yeah Yeah Yeahs come into play along with Siouxsie And The Banshees, and more.

This record has swagger and style, vibrancy and heart.

You'll the ether of each song is coated in a certain sonic tonality that takes over your body and brain.

Each song on the 4 track EP introduces a new featured artist and they all have attitude and gusto with enough edge to give the band a completely addictive sound.

It's pretty impressive how much ground is covered in just 4 songs but damn they do it well.

With the release of this record, we wanted to have a chat with the  band about well, everything we could. Here' show it went down.

TSWS: Okay let's start with the Rockn Roll Is A Feeling EP. This record is loaded with retro rock sounds, synths, and even post punk sounds. Where did this EP come from?

EBTE: I have my suspicions as to why this record came out like it did. Part of it is ability. I play most of the instruments on the EP and outside of bass guitar, I would consider my capabilities as limited, thus producing more simple melodies that remind one of yesteryears. The influence of songs and sounds that stuck with me growing up certainly come out and bring out nostalgic feelings.

TSWS: This sounded like a number of great bands rolled into one record! What are some of your biggest musical influences?

EBTE: I've always enjoyed music that pushes the tempo. While I may not know their entire music catalogs, the artists that have always stuck with me in a significant way are Pat Benatar, ACDC, ZZ Top, Depeche Mode, and The Cure.

EBTE: I was playing in a band and was constantly at odds with the other band members about song structure when writing new material. At some point I just said to myself, I'm going to figure this out and make music on my own even if it means I don't get to play a show in a while. To be fair, with age, I've become more aloof and grouchy.

TSWS: Will you be focusing on any live performances in the near future?

EBTE: Not really. After being on the show circuit for years, I want to try something different. The hope is to build a buzz so that there's some sort of demand for the band to play a show.

EBTE: Just keep writing. I would like to pick up the pace, like an EP a year with a couple of singles spread out every two months to have some continuity.

EBTE: I enjoy riding my bike around the Bay Area. It's such a great feeling zipping through corners; it makes me feel like a kid.

EBTE: The exhilaration of overcoming the challenge. Writing music feels like figuring out a puzzle. You get stuck, and think of every note combination possible, nothing works then all of a sudden, you hit the right note and it's like in the Goonies when they're stuck at the bone piano and the girl hits the right chord. The heavens open up, you hive five yourself, maybe throw in a "get off me!!" for dramatic effect. Then ten minutes later, you realize that part doesn't work out.

TSWS: With a different featured artist per track it feels like this was a big undertaking. Did it take long to create this record?

EBTE: No longer than any other band . The collaborators are seasoned veterans who front their own projects. I did ask the drummer Landon Cisneros who plays with Spirit Mother and who was kind enough to lay down drums for this project what his process was. He said he listens to the track for about a week, writes down his ideas  then attacks.

TSWS: Before we go, what would you like to express to  fans of the music?

EBTE: Thank you for taking a moment and listening.