An Interview With Filippo Bones 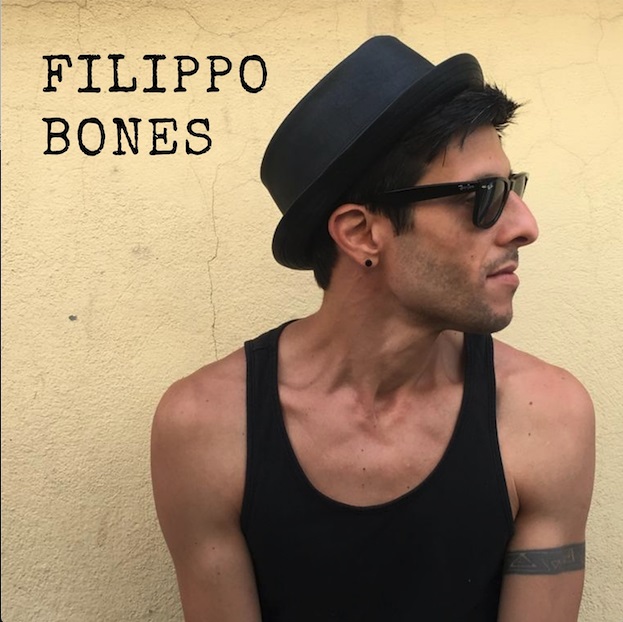 In an effort to ramp up for his full album release later this month, Filippo Bones just dropped a fresh single that incorporates some bright pop styles blended with smooth and vibrant organs and addicting vocals that all shine in a youthful and radio friendly track.

"Broken Bones" feels almost like an island song with a warmth and a classic rock undertone that really feels good to listen to.

The single is endlessly fun and bears some inspirational vibes and has this antheic, stand up and do it, tonality to it that sticks with you long after the song has ended.

The track has a great groove and comes through incredibly colorful and alive.

This song feels like the sun hitting your face on a beautiful Summer day. It's refreshing, balanced, and danceable for sure.

It's positive style is super infectious and showcases the artists knack for writing singles that come off silky and beachy.

With such a great release, and with a full album on the way, we wanted to have a sit down with Filippo Bones to talk about where this is all coming from.

TSWS: Okay so let's start with "Broken Bones". This track has a load of Summer pop feels to it

and with swelling organs and a light-hearted approach. Where did this song come from?

FB: Deep down Broken Bones is a revolutionary song calling for people to come together. It was inspired

by the “Occupy London” movement in 2011. I followed that event and I was impressed by the

determination that people have when they come together.

TSWS: I'm hearing some great styles in this song. Who are some of your biggest musical

FB: I grew up listening to the 80’s big tunes and reggae. Bob Marley is my biggest influence and when

FB: I used to be a drummer and gave that up after another disappointing band split. I took some time off

We made some demo songs and that’s when I became a full-time singer songwriter. I ever since built

my home studio and that’s where most of the track are recorded.

FB: People are my biggest inspiration, mine are, songs from the people for the people.

my music out there.

TSWS: Now that things are slowly getting better, will you be putting any focus on live

FB: Due to the pandemic I had to put the live performance on standby however I do have some pre-

booked dates for the autumn if we will be allowed.

FB: You caught me there, Bob Marley “RAT RACE”, before this I was listening to Tears For Fears

TSWS: Is there any advice you'd give to other up and coming artists out there?

FB: Be you, always, no matter what.

TSWS: Okay so you wake up in the middle of the night starving. What's your go-to midnight

FB: It will be a sandwich with whatever food I have left in the fridge.

FB: “We will change the world with music”