An Interview With Fire In The Field 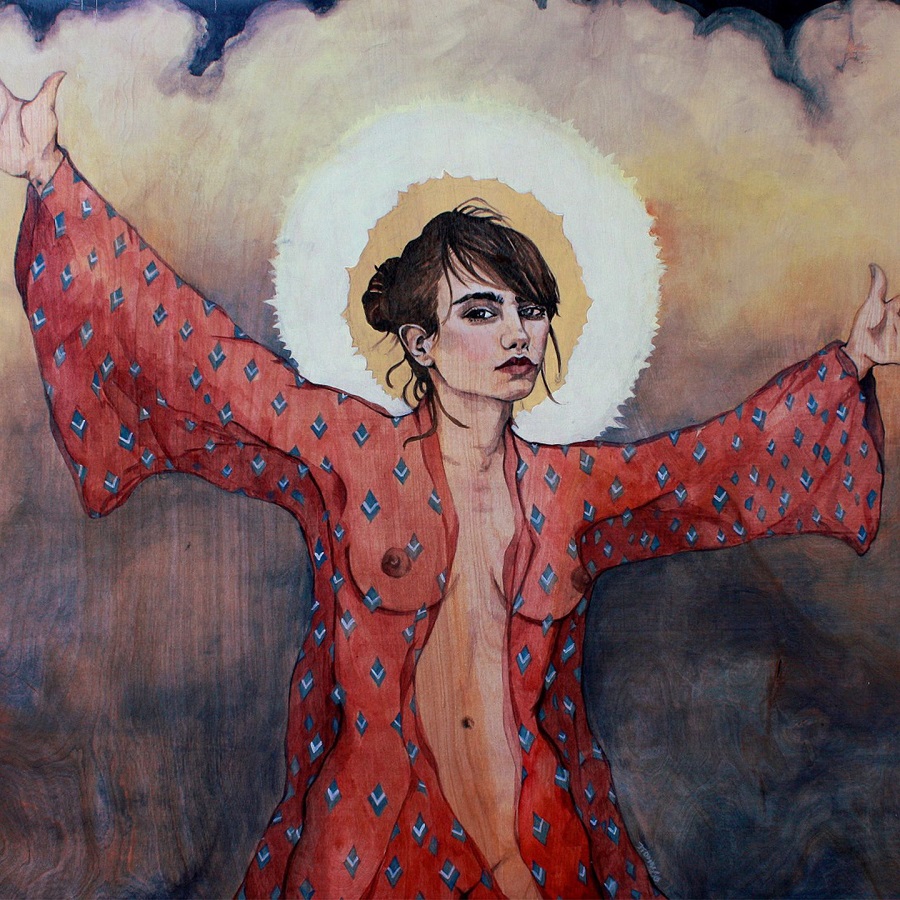 The latest release from Fire In The Field is an attitude laced blues garage rock opus from start to finish.

The Resurrect album is lush with crazy addictive fuzz tone guitar riffs, a killer character vocally, and loads of soul.

Think White Stripes meets Sabbath meets Black Crowes and then sprinkle on some funk and you have a concoction that will get you up and grooving in no time flat.

The record feels like watching a band perform live. The energy is just there the whole time, cranking and powerful while tasteful guitars soak every song with pure rock spirit.

Fire In The Field has created a unique formula and has brandished a sound that has a familiar feel at times, but comes off fresh and alive.

Bringing together classic rock with alternative, blues, and garage is not an easy thing to do, but this album pulls it off without a hitch.

With such a badass record, we had to sit down with Fire In The Field to find out more about the album and what's next.

TSWS: Okay let's start with the Resurrect album. This record has some varying rock styles from hard rock to 90's alt rock and more. Where did this record come from?
FITF: It's definitely an amalgamation from all music areas I love.  Every style of music has something profound to offer so I mix and match without worrying about genre cohesion.  The spirit and vibe is all the cohesiveness I want as a listener but, I'm weird.  I'd feel right at home going to a show that had Clutch as a hard-rock act, Wayne Shorter and his band playing some jazz, Charles Bradley slingin' soul...  You know?  We have big festival bills with diverse sounds.  I want to have some of that scope represented in the context of an album.
TSWS: With so many killer rock sounds on the album we wanted to know what artists or bands really influenced you? Who changed you?

FITF: Tom Morello made a huge impression on me as a young guitar slinger wondering what the instrument could do.  As it turns out he can make the guitar do anything with technique and imagination.  He set the frame-work for me to think, "O.K. there are rules to music, sure, let's learn them to destroy them."  A semi-popular band called Led Zeppelin also taught about what you could achieve with minimal instrumentation in a live context paired with a produced album with plenty of layers.  When we're live it's stripped down to guitar, bass, drums, vocals, and occasionally keys.  RESURRECT though has a lot of layering.  I love that juxtaposition of produced record to raw live show.
TSWS: Did you used to perform live at all? Do you think you will be focusing on that when the time comes?

FITF: Pre-pandemic we were road warriors constantly playing out.  It's been interesting to step back and reassess my relationship to music in general.  I know looking back on this time I will be glad I was privileged enough to have the time to practice and work on my craft.  I can't wait to get back out and play shows.  My heart goes out to all the musicians, bartenders, sound engineers, and the rest of the heads that made this whole industry tick.  It's going to roar back up of course, live music will never die, but we will carry scars as we go on.
TSWS: You guys have been releasing music since 2014 right? How did this all start for you?

FITF: I picked up guitar at the age of fourteen, started playing in a band right away and haven't stopped.
TSWS: What do you guys do when you're NOT working on music?

FITF: Probably re-reading The Dark Tower series hahaaa or trying to write a short story.  Currently reading The Angel's Game by Carlos Ruiz Zafon. Really cool gothic mystery set in Barcelona.  So I've covered reading haha, trying to think about what else is there outside of music related endeavors aside from regular human errands of movement, like the post office and bank, but really you can just chill on your phone and get all that done now.
TSWS: What sort of non-musical things inspire you to write?

FITF: Everything is musical.  Actually the pipes in the walls are making a cool rat-a-tat-tat against a cheap plastic clock's "tick-tock-tick tock" as I type this.  Human emotion you could think of as "non-musical" but music is effective because it induces emotional response!  Life.  The answer to this question is LIFE!!
Inspiration:1. Noticing weird perfections in nature while standing outside listening to wind and birds and machines.2. Finding strange paradoxes in reality.3. Reading about places I've never been and dreaming about who I would be there.4. Inner rage at the disgust of the ruling class and fear of the 1984-like society we are spiraling further into. *see "Shadow Way" track one off the album5. Reaching back into my sense-memories of loving Ancient Egypt as a kid *see "Egyptian Jukebox"6. Thinking about how I can do something or make at least some personal change to alleviate a dose or more of the immense sadness in the world.  We must make a better future.  I also find watching Star Trek The Next Generation or Deep Space Nine is very good for envisioning the future and how the problems of war, poverty, education, infrastructure can be solved as we grow as a people in spirit and technology.  It's gonna be a weird thousand years.
TSWS: What's next for you as a band?

FITF: Well we have another album recorded that is nearly to the mixing stage so barring the end of humans seeing humans for all time we will at least have more music files to float in the digital sphere in 2021, and hopefully a vinyl run as well.  At this point overall, who knows!?  We'd love to pick up where we left off and get on the road to support RESURRECT, but we have to hunker down and make it through before we try to lay big plans.  It's nice knowing there's at least another recording project to work on in the interim.
TSWS: This album is a big undertaking and quite an accomplishment. What sort of advice would you have for artists out there just trying to get heard?

FITF: I would say never stop writing.  Always have a song, a lick, or project to throw your creative spirit into.  As you generate material and your own style, always be taking action to get ears and eyes on it.  Don't spam people obviously but do the work to find your peeps! The community created around the music is as important as the music itself.
TSWS: Before we go, what would you like to say to fans of the music?

FITF: Love you!  I also love talking to you, does that sound desperate? It is!  Sometimes the social sphere feels pretty weird with endless notifications and no discussion so feel free to drop me a message! mike at fireinthefieldmusic dot com

Fire In The Field Bandcamp

Fire In The Field Spotify