An Interview With Georgia Lee Johnson 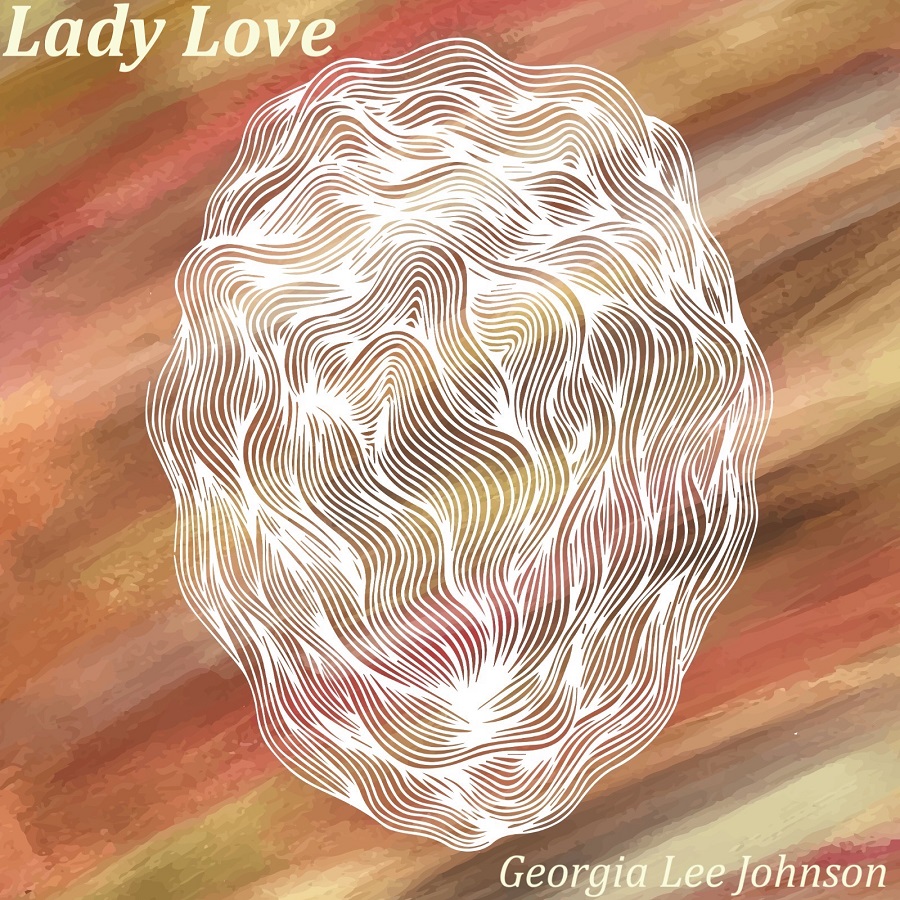 The fresh EP release from Georgia Lee Johnson is a wonderfully performed contemporary pop record with all kinds of colorful jazz tones and a unique energy style that shines.

The songs on this 4 track EP dubbed Lady Love have the feeling of live performance as this group of incredibly seasoned musicians seem to feed off of each other smoothly.

So much beautiful jazz and pop intertwined together in such a way may not really have been done before this.

The songs play out with a cinematic aesthetic and can even sound haunting at times.

The EP feels free and open. Not many walls surround the music binding it to a certain style. It's flowing and alluring both musically and vocally. Changes in melody hit you when you least expect it and each song has a few surprises that are quite breathtaking.

Upright bass, passionate percussion, sultry vocal harmonies and musical swells and sways enable the songs to sort of wash you away with them.

With such a great release we had to have a chat with Georgia to find out where this came from. Here's what happened.

TSWS: Okay let's begin with the Lady Love EP. This record has some jazz undertones and a contemporary pop feel. At times even musically haunting. Where did this record come from?

Georgia: Thank you! The intention behind this record was to capture the aliveness of a newly formed trio with Jason Winikoff and Wynston Minckler. I have a rather eclectic mix of influences and I was searching for other musicians who could bring a lot different influences to the table. I wrote the vocal and guitar parts, but what you hear on the record is the synthesis of musical contributions by Jason and Wynston, as well as production choices made by Jayne Trimble. I wrote three of the four songs last winter while living in the Gulf Islands, and so there were a lot of impressions from wilderness seeping in - the changing tides, the wildlife, the cycles of the moon. I was also living alone, and going through some transitions. The EP is sort of an exploration of solitude in that way, and yet the process of making it was very collaborative. Jayne, our producer, asked me to make collages for each song, and we made musical choices based on textures and visuals we wanted to come across - like rain, a crackling fire, chimes, crickets, wool, laughter.

TSWS: I hear some great styles on this record. Who are some of your absolute top influences musically?

Georgia: In terms of artists: Nick Mulvey, Basia Bulat, Fiona Apple, Adrianne Lenker, Anais Mitchell. In terms of genres, I am really inspired by the folk-rock scene that flourished in Laurel Canyon in the late 60s and 70s, and the song-sharing that went on between artists like the Beach Boys, the Mamas and Papas, Buffalo Springfield, and many more.

Georgia: I think that goes back to 2011 when I helped produce a music documentary called the Sea In Between. I was studying theatre at NYU at the time, and through the network of peers there, became involved in this film shoot which took place around the island where I spent summers growing up. It was a very formative experience for me: collaborating with a wildly talented group of twenty-something film makers and musicians, working with singer-songwriter Josh Garrels (whose music I was and continue to be inspired by), sharing the film on tour and connecting with audiences. A few years later in 2014, I left NYC to move back to BC and I fell in love with the resources of space, and time that allowed me the opportunity for deep reflection through songwriting. I have not been able to stop writing songs since then. Through all the changes that go on in my life, I find it very grounding to have a craft to develop over time.

TSWS: Did you used to perform live at all? Do you think you'll focus on live performances when the time comes again?

Georgia: I did! And like most musicians, I miss it very much. Performing is probably my favourite part of music-making. It's an incredible way to connect with people. Right before the pandemic hit, I had written a ton of new material, and along with my trio we were getting busy booking shows. We had to adapt, and instead put our efforts into recording. (I also did a few live-stream concerts back in the spring, but it's not the same). I'd love to perform again when the opportunity returns to do it safely.

Georgia: Poetry, books, children, relationships, nature. I'm obsessed with the podcast "On Being with Krista Tippett". She does deep dive conversations with extraordinary people from every professional field. My favourite poets are Rilke, Rumi, David White, and John O'Donohue. Their collections are all on my bedside table.

Georgia: Believe it or not, I'm also a school teacher! I have a class of curious and adventurous 6-year olds that I have the extraordinary privilege of accompanying. The job demands a lot of creativity, dedication, patience, and skill. I've been working with children the whole time I've been making work as an artist, and for me the two go hand-in-hand. In my limited down time, I enjoy respite time in nature. I live nestled between the mountains, and visits into the alpine, or by the ocean or river are medicinal for me.

Georgia: I recorded my second full-length album a few months after recording Lady Love EP, and I'm pretty stoked for its release. My aim is to garner some support for it, and to collaborate with filmmakers for some visual accompaniments. I've also been sorting through old voice memos of early songs I wrote and am considering reviving them in very simple and unadorned way.

TSWS: What sort of advice would you give to another up and coming artist trying to get heard out there?

Georgia: I'll share some words that were told to me, which has taken me many years to fully integrate: "Be generous". It's easy to get trapped into thinking about what you want and how to get it, in terms of opportunities and an idea of "success," but if you have a drive to make beauty, that is a gift that you need to give. Make the priority be honing your craft, and then be generous with it.

Georgia: Just that I am grateful for each and every person who takes the time to listen. It's always a risk to put yourself out there, and there's many a day when I ask myself why I put all this effort into a venture which seems to have intangible results. So every time someone tells me that they connected with a song I wrote, this assurance goes a very long way, and propels me to continue. I am genuinely and truly thankful for you.