An Interview With Glass Sands 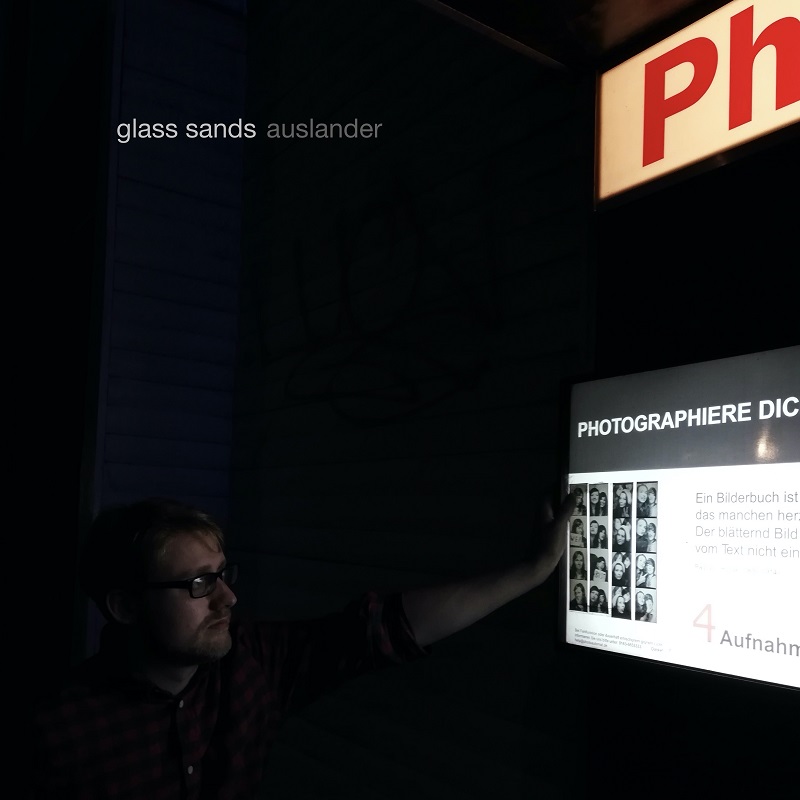 A brand new single release from Glass Sands swells and sways in true progressive indie rock style with an ambient back bone and an atmosphere all its own.

"Auslander" flows and washes you away with it's feel and sonic presence and it's best to just let it engulf you as it feels great.

The track beckons the earlier days of bands like U2 at times and brings in 90's bands like Low as it builds into a guitar solo as other scattered guitar lines reverse over ever everything and give an almost haunting feeling.

A true 90's beat hits hard and the song has its own color and energy that makes it unique.

You really do step into a world created by Glass Sands that, once it ends, you have to almost wake up from its trance.

Vocal melodies almost sound like an instrument as they lay hooks over the distant sounds and keep you floating on in the songs ether.

Don;t get me wrong, the song actually rocks too, it just has this sort of laid back relaxing and almost dream-esque feeling behind it that you really get attached to.

With such an in depth new release, we wanted to sit down with Glass Sands to talk shop.

TSWS: Okay let's start with "Auslander". This track has an ambient rock vibe to it and feels personal and almost dreamy at times. Where did this track come from?

I stayed in Berlin for a month in 2019. I was staying in an apartment in Wedding and there was a guitar there that I'd noodle away on from time to time. I came up with the chords one day while playing it and the song slowly spun from there. The lyrics were inspired by my time there - I absolutely love Berlin so I think it came from anxieties about wanting to fit in, about the possibility of being rejected. But it's also about my experiences moving to other cities and trying to find a place to fit in - London in particular. I guess I find it hard to reach out to new people to a place where I'm absolutely comfortable and a lot of the song is about that feeling of being an outsider, about being an interloper in someone else's party.

TSWS: I'm hearing a few different styles of rock infused in this song. What are some of your biggest musical influences?

Growing up, my biggest influences were in alt-rock: R.E.M., Joy Division, Bloc Party, Elliott Smith, Pavement, The National, Pixies. As I got older I was introduced to more experimental types of rock - German bands like Can and Neu, post-rock like Slint and Godspeed You! Black Emperor, and most recently artists like Black Marble and Deafheaven. I also love electronica - Aphex Twin, Boards of Canada, Floating Points. And, though it probably doesn't show in what I do that much, noise rock bands as well - Big Black, Swans and Daughters especially.

I've been writing songs for years, but it didn't really crystallize into anything until I started playing at a regular open mic in London. I met a lot of friends and great musicians and it really helped me focus my songwriting. I started going there in 2014 and released my first EP that year as well. I released my debut album in 2016. After that the bar that hosted the open mic closed down so it meant that I didn't have much of a chance to play my songs to other people. In its absence, I focused more on recording and managed to stockpile a lot of good material. It wasn't until this last year that I actually decided to put it out to the world.

TSWS: Will you be focusing on any live performances when the time comes?

We'll see how it goes. Obviously this last year has been tough on everyone and live music has taken a hit. With the bullshit that is Brexit, musicians have been kneecapped even further and I've seen a lot of friends who put their all into music have to scale back. Personally, I prefer producing to playing live so I'd rather focus on that, but I know how important live performances are. I like to make music that has a lot of texture and instrumentation so I don't know how well that would transfer to a live setting with the means that I have at the moment. But I'll just have to see - I can accomplish a lot with just a guitar and some pedals.

Just getting the sounds I hear in my head into some form. I love playing with sounds and textures and creating something that coalesces into a whole. There's nothing better than listening to a great combination of ideas that makes perfect sense when put together.

I've been working on my next album for the past couple of years so I'm really excited to get that out. I also have another single ready to go out at the end of the month as well as a remaster of my debut album. I was never that happy with its original sound, but I've got it to a place that really excites me.

Thinking about working on music. And doing my actual day job. And spending time with my partner and friends. And watching movies - so many movies.

Dorian Electra - what they're doing is completely new and original. There's also a group from Melbourne called Competition Team Band who are great - they sound like early Nick Cave. So far, they only have one song out so I can't wait to hear more. Phoebe Bridgers is really cool as is the Koreatown Oddity - Punisher and Little Dominiques Nosebleed were my favourite albums from last year. I've also stumbled across some great Japanese rock bands from the 70s on YouTube - Tokyo Kid Brothers and Sadistic Mika Band in particular.

TSWS: How do you write song? Is it lyrics first or melodies? How does it work for you?

Always melody first. Songs usually happen when I'm noodling away on my guitar - I'll keep playing until I find something that interests me then I'll try and build something up from there. Lyrics come second - it takes me a while to settle on a theme or a mood and then I'll just try and spin something out.

TSWS: What would you like to say to fans of the music?

Thanks for listening, your support means a lot to me. Stay classy and wear a face mask!