An Interview With Greg Hoy 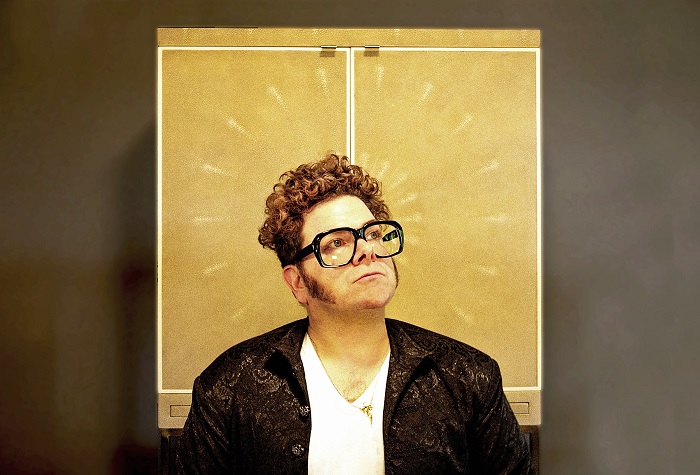 Catching up with Greg Hoy about his latest release, how it all came about, and where you can find it! Tell us about your latest drop Move Along!

First off, thank *you* The Sound Won't Stop: you have been very kind to my music in the past, and I proudly display a big ol' pull quote from the last review you did on my website! So... 'Move Along' is the 5th (whoa) official single and video off 'Cacophony'. This was the first song written for the record. During pandemania, we watched the Dolly Parton bio. In it, she states she writes songs every. single. day. and sometimes a few! That night, I decided *I* was going to write a song every day until the quarantine was over! And you know... that lasted about three days BUT... 'Move Along' was the first song I wrote. And easily the best one that week, too. It's about feeling loss — of control, of not knowing the future, of loneliness, and helplessness as a planet spins off its axis. It's probably the closest song to a prayer to the universe that I'll ever write. Ironically, it seems to fit the mood of hope right now as we move along to the next phase of living, post-hysteria.

What can fans expect in this latest single if they haven't listened yet?

Long time friends are surprised the song is so introspective and slow. It will be interesting to see how it fits into the live set of dancy, peppy rock n roll to which our crowds have become accustomed. Perhaps this could be the slow song for couples to embrace and gaze longingly into each other's drunken eyes? Or at the very least take a bathroom break.
Did you collaborate on this release?

The band on the album contributed so much to these skeletal songs when we got to Tiny Telephone to record last summer. Jason Slota has been playing drums with me forever, and Jacob Winik has been my go to engineer for so many recordings in the last decade. Ian Miller stepped in as the wild card and frankly I think his bass lines turned a lot of these songs into magic. 'Move Along' is no exception. We also ate some amazing sandwiches that week.

Any inside scoop you have for us on a secret project you can talk about?

Ha well, hm, that is an interesting thing. Aren't all projects secret until you tell someone about them? In some sort of over-booked tradition I've developed, I am now tracking 3 recording projects. Part 2 of 'Cacophony' comes out in a few weeks as its own EP - super stoked for that to be out! I've also written 5 songs that are somewhat of a tribute to early Van Halen and 80's hair metal (maybe?). My dear friend David E. Richman recorded drums for all of them with the amazing Tom Beaujour at his Nuthouse Recording studio in Union City, NJ just last week. They were Facetiming me in while they cut drum tracks to my demos. And in June, my band from the 2000's in Pittsburgh along with my buddy Steve Sutherland are meeting me at an A-frame cabin above Duluth, Minnesota for a week to cut some laid back jam-band stuff recorded mostly live while we look at Lake Superior. Who knows what that will sound like? Perhaps substances may play a part.

Who do you appreciate the most as your career progresses?

Meeting new people that inspire me to create, and to keep going as we all navigate this crazy planet.

Give us all your socials! Thank you for taking the time to chat with us Greg!

To reiterate my first answer up there ^, thank you for all you do to support independent artists! It's needed now more than ever. And since we just added TOUR DATES to the website (!), you can find them and all the things, at www.thegreghoy.com, and instagram.com/thegreghoy, and twitter.com/thegreghoy... I mean, y'all can use the internet and find whatever you'd like these days. Ain't it great?