An Interview With HereToFore 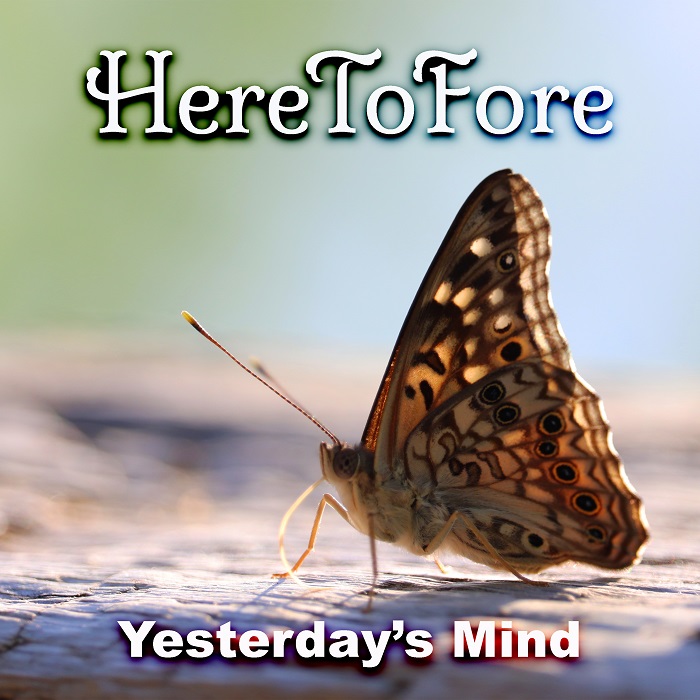 A fresh release from HereToFore brings that classic rock soul with a genuine 70's undertone blending folk rock and funk together with a live feel and a rolling sound that gives off a heavily cinematic vibe.

"Yesterday's Mind" breaks into a beautiful chorus laced with violins and a change of tempo when you least expect it, letting the song breathe and come alive.

The single has a warm and moving tonality that becomes quickly addicting as guitars layer and rock while vocals harmonize and sooth.

The song has an amazing energy that you can tell is built from the players feeding off of each other.

Upon a first listen to the track you get the feeling HereToFore is an outstanding live band as the jam feels genuine.

Drums are on point and in the pocket but alive with fills and the melodies and hooks are both uplifting and honest feeling as the song rolls back and forth between it's classic rock chorus and the faster paced verses.

THose guitars are colorful and vibrant the entire time and the jams are gorgeous.

This is an absolutely excellent example of a band that dead heads will fall in love with straight away. That classic element and aesthetic is completely nailed.

"Yesterday's Mind" is a debut single from the group on Spotify and boasts a fresh new sound that also feels familiar and comfortable.

We can only hope to hear more from HereToFore in the near future.

Helmed and created by songwriter Justin Jay, the group hails as both a solo project and a full band.

With such a wonderful release, we wanted to find out where this all came from, how it all started, and where it's all going for the band.

TSWS: Okay so let's start with "Yesterday's Mind". This track has a real deal classic rock vibe with folk rock overtones and a warm feel. Where did this track come from?

JJ: In a sense it’s hard to say because, for me anyway, writing is about shutting off the mind as much as possible—ideally to the point where the only things that come through are either emotions and/or sub-conscience thoughts. A hundred artists could have a hundred different things that work for them, but I’m not into neatly “crafting” songs. In most senses I see expression and thinking as polar opposites, and the goal is to try to capture as much of the song as visceral as possible before thinking too much at all. The “Editor” that is your thinking-self is an enemy of sorts…and it’s WAY easier to be honest when you’re visceral and not thinking and editing yourself!

JJ: I’m from a music-loving family. My dad plays guitar, sings and even now he goes out and gigs, plus both my parents always had music on in the house when I was growing up…so the short answer is I probably fell in love with music then & there.

JJ: Absolutely. On August 17th the EP that “Yesterday’s Mind” comes from will be released—the EP is called “East Of It All”. Also, towards the end of the year there will be an Acoustic EP out with totally different songs and a much different feel.

JJ: I probably don’t have a good answer for that one, musically at least. I’m constantly amazed and fascinated by what other people hear in the songs…which is GREAT because music is so open-ended and uniquely listener-dependent. For example, I’m sure I’ll see things in your review that I’ve never even thought of before—but that I’ll agree with. Lyrically though, while it touches on multiple things, the main thrust for me is the line “there’s no such thing as old and wise…just another victim of change”. With all the tech advancements we have (good and bad) and the pace everything changes at, I really feel the advantage of “experience” is not nearly as powerful as it used to be. It’s tempting (and easier) to hole up and not keep learning and growing, but as soon as you do that these days you can become a dinosaur in less than a month. I try to balance this though with also turning off my phone on a regular basis so it isn’t dominating life…it’s a fine line.

JJ: These days I’d say it’s traveling. I’m currently in the middle of what will likely be a year or two straight of traveling. So far it’s been awesome, and all the different types of people I’ve met and the things I’ve seen have been very uplifting.

JJ: As I touched on earlier, the EP “East Of It All” will be out in mid-August and then sometime before the end of the year I’ll have an Acoustic EP out. “East Of It All” is all full-band and I’m playing electric guitar on about 90% of it, so I’m very pumped to get to the other side of the coin with stripped down, earthy, song-focused acoustic playing. I actually love acoustic & electric music equally…and I’m pretty positive I couldn’t live without both!

JJ: This single and the entire “East Of It All” EP were recorded in a studio and on Protools. That warm, organic sound and vibe that you mentioned earlier was specifically what I was going for and my Audio Engineer (the AWESOME Phil Young) was crucial in capturing that—he also mixed and mastered it to tape. Another huge part of it I think was that every second of the EP is all live takes recorded on the floor with the band…including all the vocals live. It’s an old-school approach that’s rare these days, and not the easiest, but I believe it really adds a humanity to the end product.

JJ: I’m generally a throwback. I don’t think it comes through directly in my music much, but while other stuff seems to come and go in cycles…in any given week I’m always listening to live Grateful Dead shows (primarily from the early 70’s). Along with that would be Phosphorescent, the original Blind Melon, Neil Young, Steve Kimock and Sublime.

JJ: Obviously with the pandemic things have been different, but I’m hoping (possibly naively) that in September everything will be cool enough to get back to normal-ish. I do miss it, so fingers crossed!

TSWS: Is this considered a debut release for you?

JJ: It is a debut for “HereToFore” (which is the name of both my solo and band projects). Prior, I’ve released a few singles and videos under my name but they are now released as official HereToFore songs. All these songs and videos can be watched and heard by going to my website and hitting the Youtube icon at the bottom. The website is www.HereToFore.us

TSWS: What kind of advice would you have for other up and coming artists out there?

JJ: Great question…this is what I’d say. They’ll tell you that you need to have a “brand” and that you need to put forth a “personality”, an “identity”, to connect with people and gain fans, followers etc. For all I know they are right (which would be sad to me), but I think that’s garbage. If you’re an artist it’s your music that connects with people and moves them—not your “brand identity”. I believe in being who you are, putting that into sound waves as best you can, and being at peace with the result. If you are a musical artist, be a musical artist and not a “social media influencer”…they aren’t remotely the same thing in my eyes and I hate to see two increasingly conflated.

JJ: The easiest way is to go to www.HereToFore.us and from there people will find a link to any streaming service they may use, or if they don’t use any, to my YouTube Artist Channel where they will find several music videos, visualizers, and audio.

TSWS: You wake up in the middle of the night starving. What is your go-to midnight snack? (a question of character)

JJ: Ha! I’d have to say an organic Honey Crisp apple. Often imitated, never surpassed. They are so good they literally make me wonder why mankind ever needed to invent candy.

JJ: I know how valuable everyone’s time is, so I’m super thankful they (or any brand new listener) invests some of their’s to listen to my music. I strongly believe the artist’s end of that bargain is to never stop pushing, and never slow down in striving to honestly express the human condition through words, music, and melody. Music and art is never “mastered” by ANYONE…it’s endless and I feel every artist owes it to the listener to treat it as such.