An Interview With Hunter Ellis 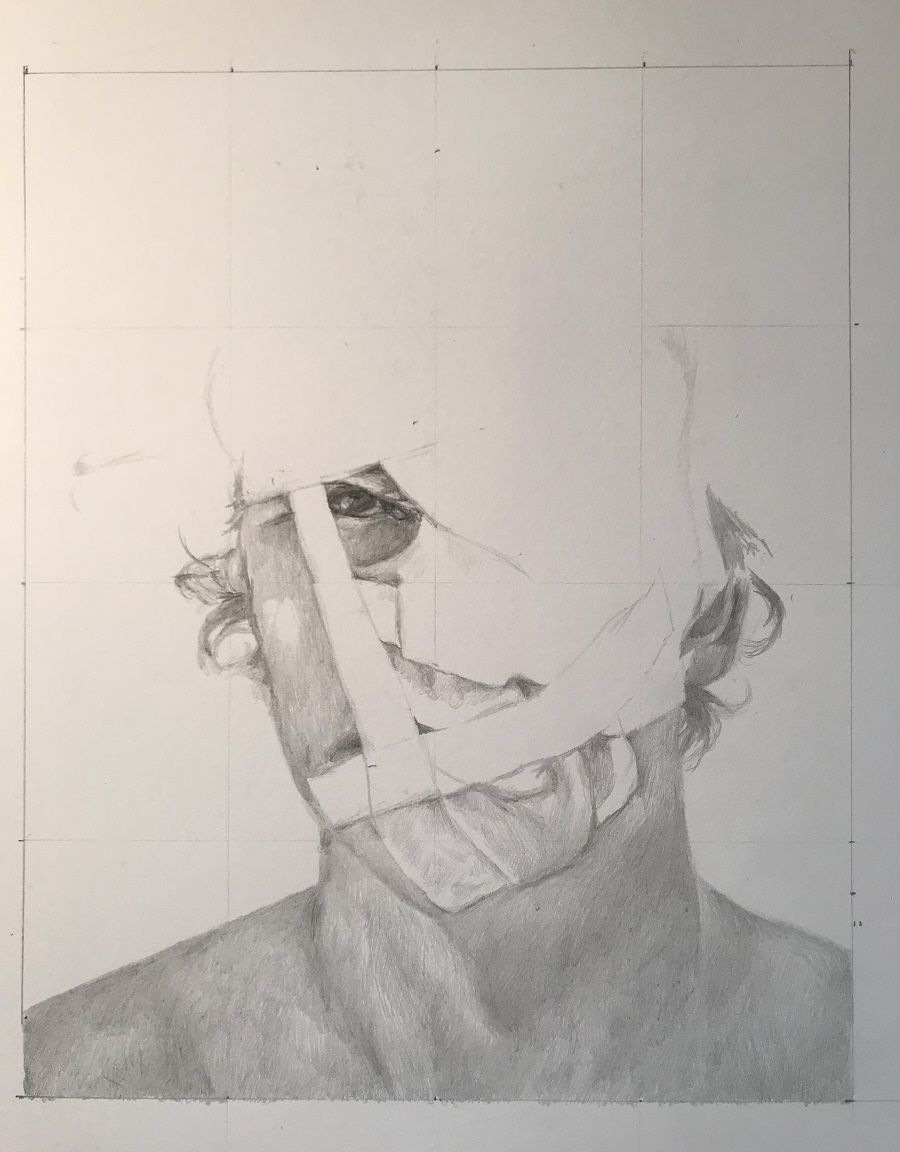 As Hunter Ellis ramps up to release his Face Tapes EP, the first glimpse has been released and it's got the ability to pick you up and drop you off in his world.

A lush and beautiful indie folk track dubbed "Hard To Say" is an absolutely huge and cinematic feeling piece of work. It's ever growing sound and musical swells incorporate acoustic guitar while fuzztoned notes float in the songs ether as scattered emotions wash around it's edges.

An incredibly colorful song, "Hard To Say" has a slightly haunting vibe to it but is uplifting in the end as it touches on vocal harmonies, and flowing atmospheres that you can soak in peacefully.

This single puts you in a  trance of sorts. Like being in a dream-like state it can paint visuals with it's sound and when it's ended you have to almost shake it off and hit repeat straight away.

With such a huge sounding song, we wanted to have a talk with Hunter to find out about where it came from and where the EP comes from.

TSWS: Let's start off with "Hard To Say". This track has a cinematic and at times ethereal vibe to it. It's a beautifully done neo-folk track with hooks and even a haunting feel at times. Where did this song come from?

Hunter: Honestly, the song came from two directions. Musically, it was really inspired by having more time to sit around and play acoustic guitar. I had spent years using software to layer and write complete songs, so it was really important to me to write a song on guitar, the old fashioned way, before bringing it in the studio. Once I started recording it, then I really just wanted to have fun with all my toys, which might be responsible for some of the depth of instrumentation.

Lyrically, I pulled a lot of phrases from a long note i have in my phone of potential song titles (for a different project). I have a long commute, and singing along to rough mixes is the only way to really work on music in the car, so that's what inspired me to write vocals and lyrics.

Thematically, the song comes from my interest in thinning the veil, pulling back the curtains, and triny go figure out what's really going on in reality/consciousness/universe/what have you

TSWS: The single is part of the upcoming Face Tapes EP right? When is that EP due to release?

Hunter: That's correct. The EP will have 5 songs and will be released by Earth Libraries on Jan 8th, 2021. There's a few bonus tracks that may become available for download or at a later time, but not on the streaming services.

TSWS: Can we expect more of this kind of writing style on the full EP?

Hunter: Not really! I feel like there's a lot of variety in the 5 songs. Long instrumental post rock tracks, a surf song, lyrical music, instrumental music...

TSWS: I'm hearing all kinds of classic rock, folk, and more on this song and wanted to know if you can name off your absolute top 5 or 6 musical influences. I know it's hard but you can do it!

Hunter: Ha, not much classic rock OR folk. Zammuto, Ween, Secret Chiefs 3, Aphex Twin, and all my friends that I grew up playing music with.

Hunter: I started playing violin when I was 9, and guitar at 14. My first "Serious" band was The Coma LIlies, who were active from 2003-2008. We recorded a few albums and toured pretty heavily, with a somewhat successful DIY machinery paying some of the band's bills...I first started recording solo music around 2008, put out the first thing I was proud of in 2014, and it's just been a slow progression since then. I've taken building my tiny studio pretty seriously, and I can finally get some recordings that I think sound ok.

TSWS: Did you used to play live shows? Will you focus on that when the time comes again?

Hunter: I haven't played shows since my last band (My Dads) dissolved in 2012. It isn't easy to get a band together to learn and play a bunch of solo material for free (or for very cheap). It would be fun to play some shows if people were interested, but I would probably take a very broad approach to the songs so that it was more fun for everyone involved, rather than memorizing the rather dense material.

Hunter: I have a lot of ideas banging around. I wish I had more time. I fantasize about a collaborative electronic music project that I've made baby steps on. My brother-in-law (who plays drums on the first track of Face Tapes) and I are working on a vocal-based songwriting project that will probably end up in a somewhat similar vein as Hard to Say. I have a dormant recording project called Sex Goddess that has material for 1 EP written and a concept for another album under our belt. And I'd like to keep writing and recording music that I can make by myself. Collaborating is the best, but for me it often moves much more slowly than if I'm able to complete a project on my own.

Hunter: I run a fabric company that specializes in providing digitally-printable fabrics. So that takes up a lot of my time. And I have a 2 year old daughter. And I just started running a supper club delivery (I like to cook). And I also try to ride bikes whenever I have a chance. And garden. Oi.

TSWS: You've been releasing music for quite a few years. Any advice you'd give to other up and coming artists trying to get heard out there?

My advice would be tell me your advice once you figure it out!
Hunter: I don't really know what it even means to market your music anymore. You end up with a bunch of streams...so what? They don't make you any money. You can't go out on tour. You're only going to make any real money if you're packaged as a product and sold to people who can pay you money to use your songs in their TV shows, commercials, movies, etc. So do it because you love it, because you want to make people feel something with the music you make, you want to share something of yourself with someone else. Making music is like being an architect of time. When someone hears your song you're shaping their temporal experience. So if that's worth it to you, keep making music.

TSWS: Before we go, what would you say to your fans right now?

Hunter: To anyone who has taken the time to listen to my song or my EP from start to finish, thank you from the bottom of my heart. That's a special thing.