An Interview With Indigo Daydream 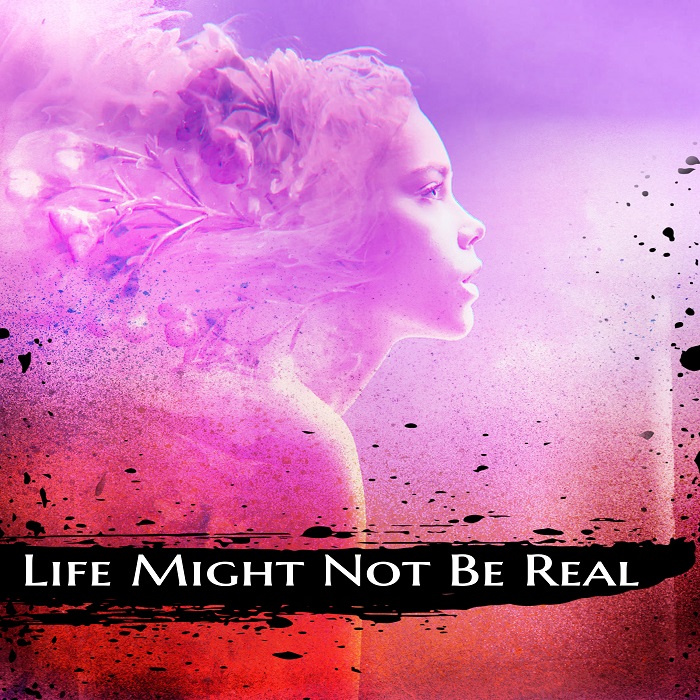 A fresh single from Indigo Daydream flows with a silk dream-like tonality into a contemporary pop song that crosses into ambient and vast soundscapes and even touches on classic rock at times.

"Life Might Not Be Real" is built from airy and swelling synth pads, garage rock style guitars, and vocals that swim around you into the atmosphere and back creating a sound that engulfs you at first listen.

This release is colorful and alluring as the layers of textured sounds meld into each other and you become washed away with its graceful and warming feeling.

This track has a deepening cinematic approach to it that really has a way of sticking with you and it's outstandingly vivid in its own right.

There is something that makes it all feel like a fantasy of some type. Like what you're hearing isn't real. Maybe that's where the title comes from.

It's clear there is a major love for his craft as this song has heart and soul oozing from it everywhere.

The sound of this song keeps you afloat just above the ground and really makes its way into your head quickly.

When it's over, you almost have to snap yourself out of it and come back to reality even.

This is an amazing thing to happen as it's not really often you get that.

With such a lush and full release, we wanted to have a chat with Indigo Daydream about where this came from and what may be next for the artist.

TSWS: Okay so let's start things off with "Life Might Not Be Real". This track certainly has a classic rock undertone with an almost dreamscape feel to it as well vocally. Where did this song come from?

In a post-truth world on the brink of a climate crisis on the heels of a global pandemic, sometimes it feels like life might not be real. The line just seemed to fit the time, if that makes sense.

TSWS: I'm hearing some awesome styles on this track. Who are your biggest musical influences?

Without wanting to seem too obvious, I have to say my two biggest influences are The Beatles and Oasis. Liam Gallagher is God-like!

The idea for Indigo Daydream was born in an MRI machine! I know, weird right. I had a head injury during lockdown and ended up in an MRI. I was mesmerised by the beat of the machine and decided, in that moment, to create something really positive off the back of my experience. I'm fully recovered now, but kind of glad I had the experience.

Mostly, yes I do, but get all the songs mastered by Donal Whelan of Hafod Mastering. A mastering genius!

I'm a multi-instrumentalist, so I play guitar, bass and synth on the track.

I've just recorded six songs, Life Might Not Be Real, being my debut single. The second single, How Would it Feel (to know the Truth) is out on 10th December.

I write best when I'm driving. It's like part of my mind is focused on the road, so the creative centre can kick in. I have all of my best lyrical ideas in the car!

I run an environmental organisation called Little Free Trees. We literally give away little potted tree saplings to people that promise to plant them. It's connected to my music too, so during November we're giving away a tree for every stream of Life Might Not Be Real.

A lot of amazing new music, but right how, Dry Cleaning, Sports Team and The War on Drugs are on my playlist.

TSWS: Do you have a home studio you record with?

I do. It's a wonderful little space strewn with guitars, amps, drums, keyboards and cables. It's a health and safety nightmare, but creatively perfect!

TSWS: This track feels like a big undertaking. What advice would you have for other up and coming artists out there?

Make music that you love, don't try to make what you think people want to hear. Be as genuine and honest as possible.

TSWS: You wake up in the middle of the night starving. What's your go-to midnight snack? (a question of character here)

Thanks for listening. Indigo Daydream have got a lot more music on the way and I look forward to sharing it with you very soon.